The unexpected collaboration comes courtesy of a new Super Bowl ad from Uber Eats. In the clip, Wayne Campbell (Mike Myers) and Garth Algar (Dana Carvey) reunite to encourage folks to support local restaurants this Super Bowl Sunday. The comedic pair also throw in a few gimmicks to convince viewers, such as adorable baby versions of themselves and “a shameless celebrity cameo”, i.e. the “WAP” rap superstar.

Wayne, Garth, and Cardi then participate in a TikTok clothes-swapping challenge before belting an Uber Eats version of the Wayne’s World theme song. “Local eats! Wayne’s World! Party Time! Excellent!” It’s entirely absurd that this even exists, but ’90s nostalgia is always welcomed in these parts. Watch it down below.

“Wayne and Garth are the happiest characters we’ve ever played, and it just seemed like the world really needs them right now,” Carvey remarked in a statement about the Super Bowl commercial.

Cardi added, “Y’all know I love to eat, and right now we have got to be supporting our local restaurants — like the Griddle Cafe in L.A. So many spots are struggling right now, and it’s up to us to eat local! That’s why I teamed up with Uber Eats and my boys Wayne and Garth to help.

This new Super Bowl ad arrives just a few weeks after the cast of Wayne’s World reunited for a livestream event. It also comes ahead of Cardi B’s highly anticipated single, “Up”, due out this Friday, February 5th. 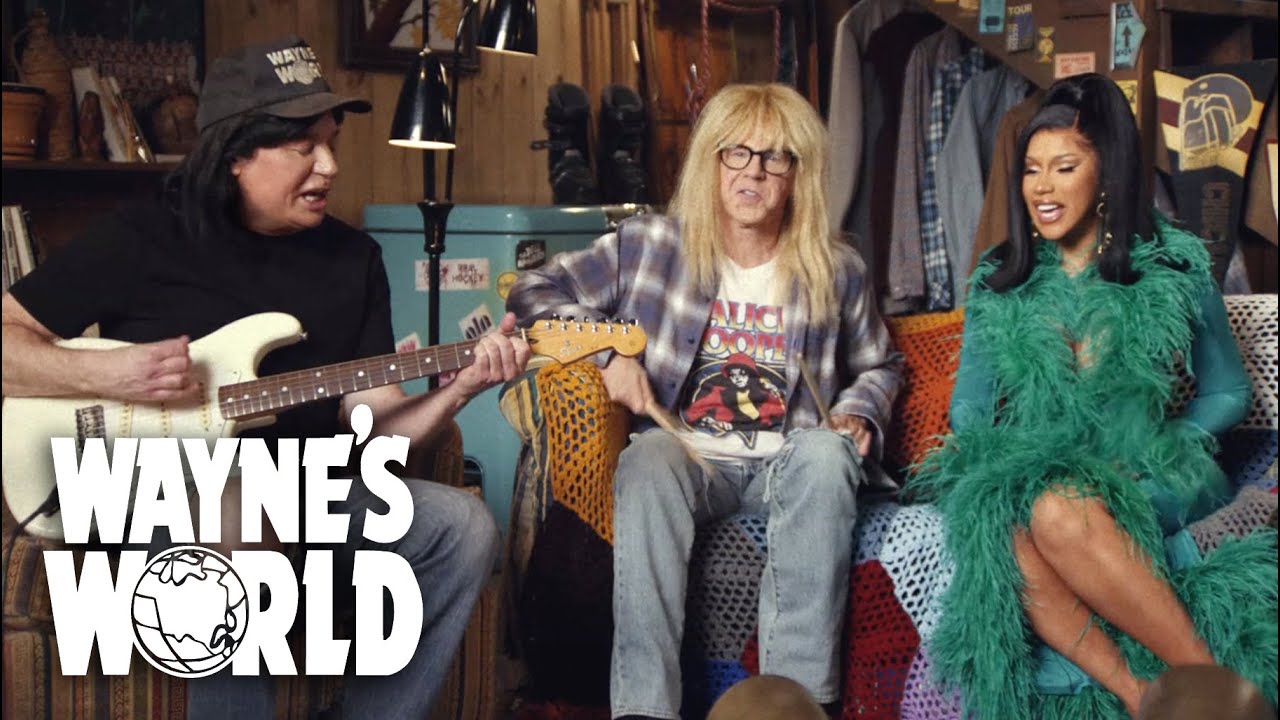