Drakeo the Ruler is the latest rapper to receive a boost from Drake, recruiting the Toronto superstar for “Talk to Me”. The single will appear on The Truth Hurts, the LA rapper’s first project since being released from jail in November 2020. Stream it below.

The song finds Drakeo nimbly adapting to Drake’s R&B side with a street ballad. Following the 6 God’s seductive hook, Drakeo spits game without softening his West Coast gangster appeal. “Don’t be shy, I got killers with me, stupid / I march with sticks, I ain’t worried bout no groupies,” he raps. “Boss you up, your lifestyle could be exclusive / But I don’t know, ’cause you be hangin’ ’round with losers.”

During an Apple Music interview with Zane Lowe, Drakeo explained how the collaboration came together. After Drakeo’s engineer encouraged him to reach out on social media, Drake hit him back with the song, which didn’t feel like a good fit at first.

“At first, I was like, ‘That’s kind of different, but I’m like, nah. This Drake. I’m finna do whatever,'” Drakeo recalled. “I don’t usually really do something like that. But then when I got on it, I’m like, ‘Oh yeah, this hard.'”

Drakeo also explained why he named his upcoming project The Truth Hurts. “It hurts people to see me succeeding,” he said. “I mean, three years being in jail, fighting the death penalty. It’s a lot of people that just didn’t want this to happen.”

In March 2018, Drakeo was arrested for first-degree murder, attempted murder, and conspiracy to commit murder. The prosecutor used Drakeo’s lyrics and music videos to brand his rap collective, Stinc Team, as a gang and make a case for a lifetime sentence.

He was subsequently acquitted of his murder and attempted murder charges in July 2019. However, the district attorney refiled charges of criminal gang conspiracy and shooting from a motor vehicle in August of that year. Facing life in prison, he accepted a plea deal and was released in November 2020.

The Truth Hurts is out tonight. Check out the artwork and tracklist below. 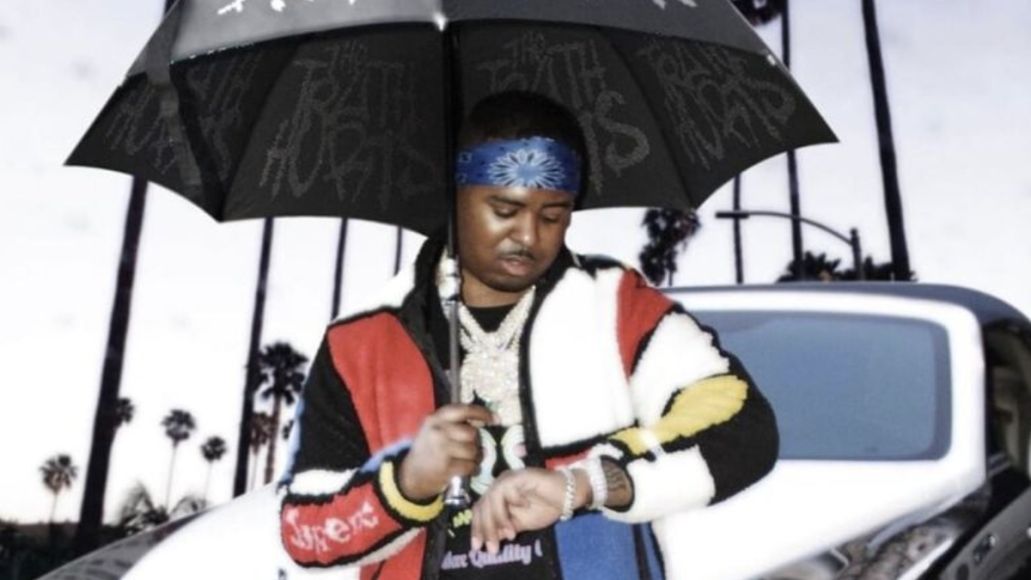 Drakeo the Ruler Connects with Drake on "Talk to Me": Stream