This review was originally part of our coverage of the 2020 Beyond Film Festival.

The Pitch: It’s late 17th century England, and although the plague is no longer running as rampant as it once was, a new pandemic has taken over: witchcraft. The era of scapegoating women for anything and everything is prevalent and the main conflict in The Reckoning. Grace Haverstock’s husband has committed suicide, himself afflicted with the plague, and has left Grace and their newborn daughter to care for their small farm. When she falls behind on rent, her landlord attacks her and suggests she make payment with sexual favors. Grace spurns his advances. With his fragile male ego damaged, he accuses her of witchcraft, and Grace is put into bondage and undergoes a series of physical and psychological torture tactics in an attempt to have her admit her allegiance to the dark arts.

Style over Substance: Neil Marshall has proven time and time again that he understands the horror genre and has a controlled grasp of it. Whether in the viscerally violent throes of werewolf action in Dog Soldiers or the claustrophobic showcase of terror and sisterhood in The Descent, Marshall has some genuine classics under his belt. With The Reckoning, Marshall remains consistent as a visually stunning director with a knack for captivating moments and striking scenery. Aided by Ian Bailie’s production design, which captures the natural beauty of land and architecture evenly with the rudimentary ugliness of it all, and Luke Bryant’s crisp cinematography, which is both epic in scale and poignantly close to the chest, they have definitely created a good-looking film.

Other categories falter, however, as the costuming often seems aligned with Ren-Faire beginners, and the makeup and hair department refuse to let leading lady Charlotte Kirk ever bear the burden of her painstaking onscreen torture; she’s hardly ever less than beautiful in any frame of the movie. It betrays the attempted message of the film, and while the creature effects and torture scenes are effective, the lasting repercussions feel empty and lost because of the lack of consistency. 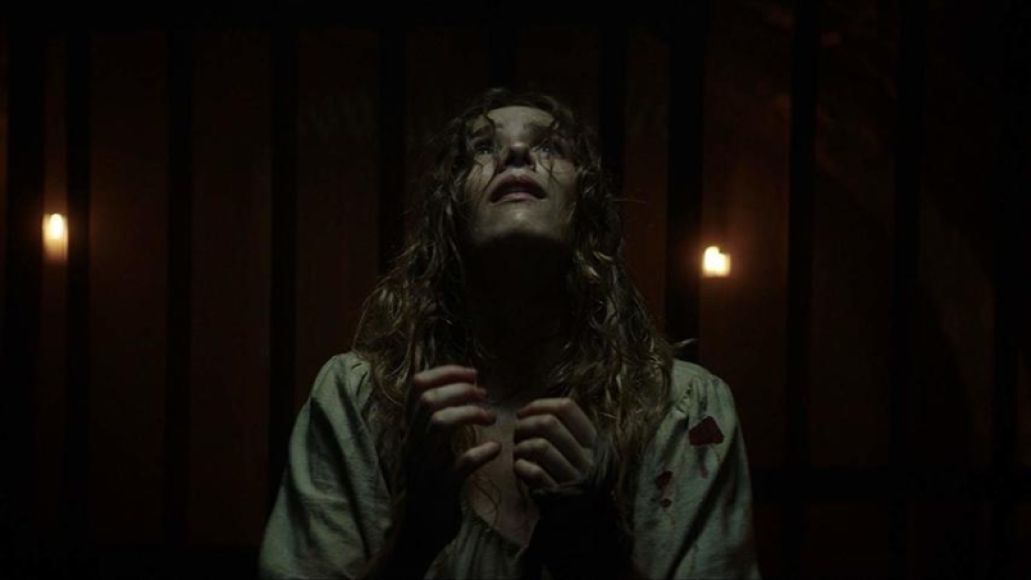 About as Fun as an Actual Witch Burning: The real crime of the film is not the production faults. The fact of the matter is this: the movie is boring. Edward Evers-Swindell and Charlotte Kirk produce an uneven and stilted script that seems committed to showcasing the tragedy of 17th century women but without any message behind it. It looks to instead be a showcase in torture, one that feels exploitative due to the flimsy script and wooden performance of Kirk. Sean Pertwee is actively the most interesting person on the screen as Witchfinder Moorcroft, a heinous and easily hateable villain, and he channels his best Hammer-era portrayal for the role. At just under two hours long, Marshall holds out until the last 10 minutes to allow Kirk’s Grace any sort of redemption, and by then, it’s too little, too late.

The Verdict: Unfortunately, The Reckoning is the biggest whiff in Marshall’s filmography. At its best, it delivers moments of optic greatness (a lightning strike-illuminating barn scene stands out), but most of the film is bleak and droll, full of a muddled script and lackluster performances. Where this easily could have been a chance for Marshall to highlight the monstrosity of humanity sans monsters, eschewing from his traditional fare, it’s instead absent of any such motives and ultimately feels a bit like the supposed witches being accused: soulless.

Where’s It Streaming? The film is currently available to stream via VOD.

The Reckoning Is Neil Marshall's Biggest Whiff Yet: Review