This review was originally part of our coverage of the 2020 Beyond Film Festival.

The Pitch: Maud (Morfydd Clark) does palliative care for a private healthcare facility and becomes the maid for Amanda (Jennifer Ehle), a former avant garde dancer and choreographer. Maud has found God following a traumatic event at work, hinted at through flashbacks and haunting visions, and has now taken a pious approach to work that borders on fanaticism. Faced with antagonism from Amanda, Maud slowly spirals more and more into religious fueled actions and experiences — talked to and touched by God — that will lead to a string of actions that have an irreversible impact and her and those around her.

This Cast and Crew Are Doing the Lord’s Work: British writer and director Rose Glass boldly shows off her chops and gives viewers a lot to appreciate and more importantly a lot to look forward to with her debut feature. Glass has a deft and masterful control of Saint Maud, aided in large part by cinematographer Ben Fordesman and editor Mark Towns, as the trio maintains a steady, nervous buzz on our lead for the bulk of the film. The movie is a slow burn, to be sure, even for the notoriously restrained A24.

Yet it’s within the mesmerizing inky nights, only illuminated by glossy eyes and subtle moonlight, that Glass sinks her teeth in and never lets go — only biting down harder as the runtime treads along. Blurry, dimly lit nights or stark, dreary beach town landscapes backdrop a movie that is constantly telling us to keep our eyes on Maud, and it’s because of the subtle-yet-gripping direction of Glass that we’re captivated the whole time through. 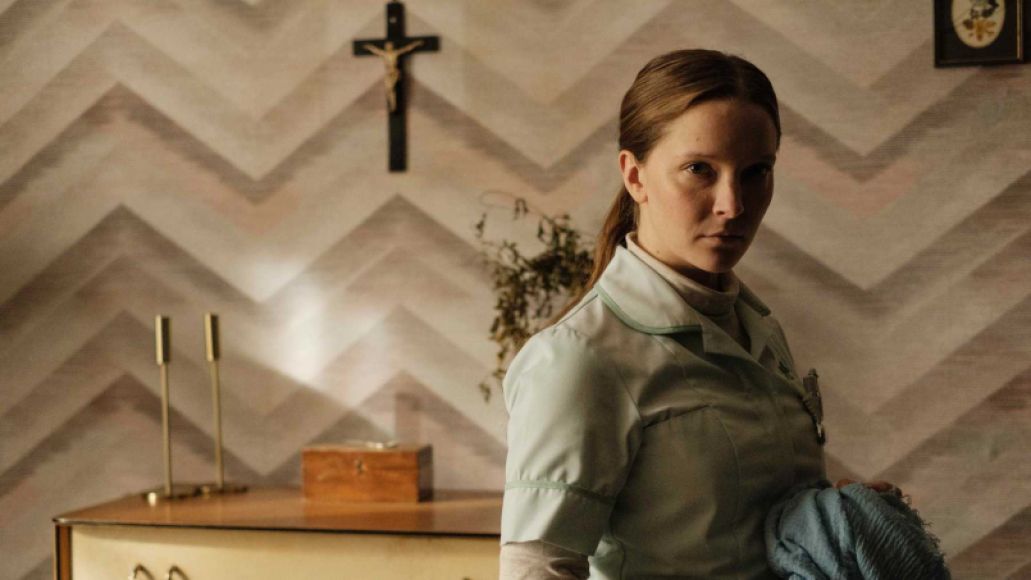 Well, that and the performance from Clark, who is shaping up to be a stealth genre great. As Maud, Clark delivers a body contorting performance that is captured in every inch of her body. If she hadn’t already broken into the scene, this would be a breakout role, but instead it’s just Clark flexing her versatility.

On the flip side, Ehle plays the perfect foil in Amanda, an atheist with money and celebrity and zero time. She toys with Maud by playing hot and cold, teasing her with sly remarks about religion and challenging her faith and morality. Together, the two have a sexual chemistry that boils to the brim but never tips over. 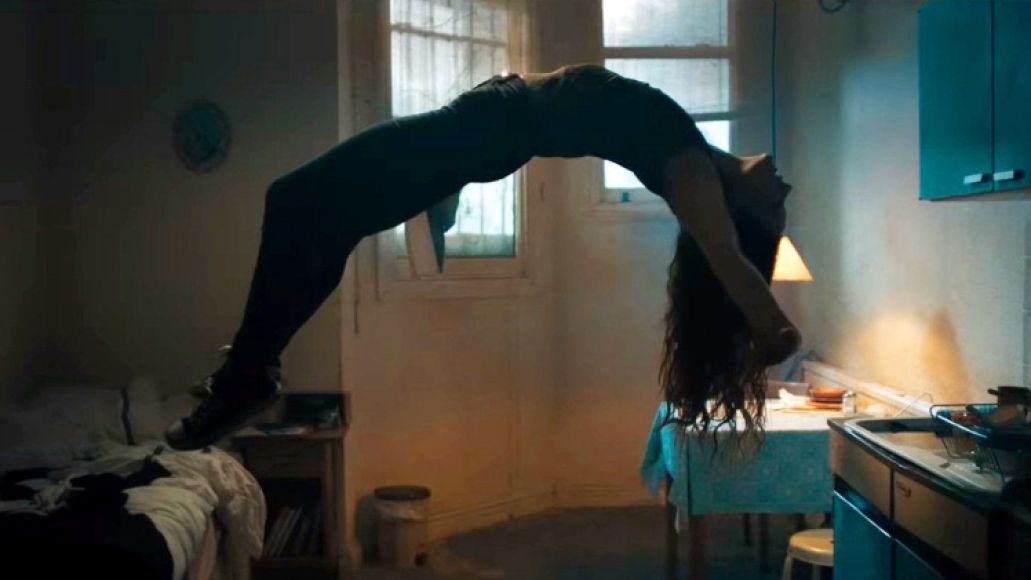 Horror Is A Much More Human Experience: Glass manages to cleverly subvert tropes of the recently revived dread-inducing trend in horror movies that has been championed by A24. She presents a number of moments where she could jolt the audience with a jump scare, but opts for a film that’s much more about our titular human. She also artfully dodges the underlying tension that colleagues Egger and Aster have perfected in a short time, instead producing something entirely new but in the same vein.

Glass challenges religious ideals and uses Maud as a conduit for a dizzying array of uncomfortable horror. For most of the film, we are teased with the ideas of psychological terror, supernatural forces, and an unreliable narrator. Religion is used heavily in different facets and Glass explores numerous quandaries presented by faith; for instance, the lengths people go to in the name of God, and how broken people can glom onto religion to excuse the atrocities of the world and find some particularly frightening penance.

The Verdict: Saint Maud is a fantastic and gripping debut from an exciting new talent in the genre. Hoisted by a tight script and dynamic performances, it’s a standout title that deserves its heaps of praise. While not traditionally frightening, Glass instead creates a swiftly paced human drama laced with frightening religious antics and a conclusion that is guaranteed to be one of the most talked about and long lasting final 10 seconds of a film in not just contemporary horror but the genre as a whole. Arresting, unnerving and hypnotic, Saint Maud is something wholly new and terrifying.