The Pitch: Quick-witted and pop-culture-obsessed teen Mark (Kyle Allen) finds himself inexplicably caught living the same day over and over. Though initially he believes he’s the only one caught in the time loop, he soon meets the mysterious and offbeat Margaret (Kathryn Newton) who’s also stuck in the loop. As the two grow closer and begin to appreciate the beauty in living the same day over and over, Mark suspects Margaret is keeping something from him — but exactly what, he isn’t sure.

Haven’t We Done This Before? Let’s address the elephant in the room. The Map of Tiny Perfect Things has the extreme misfortune of coming out just months after the release of Palm Springs — an instantly-beloved rom-com take on Groundhog Day.

Though I don’t like drawing comparisons between films, with the time-loop genre it’s almost unavoidable because of how frequently films go out of their way to reference how their scenario is just like Groundhog Day. Unfortunately for The Map of Tiny Perfect Things — which would otherwise be a perfectly serviceable, harmless little time loop flick — because of how flat-out incredible Palm Springs was, it was always going to be an uphill battle to try and follow in its Samberg/Milioti-shaped footsteps. 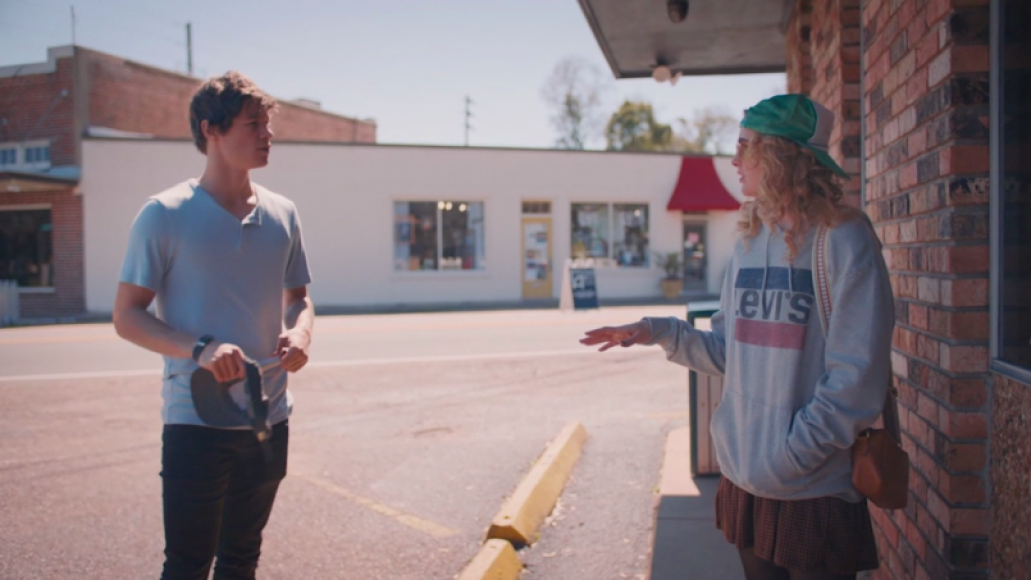 Neither Rom Nor Com: What’s strange about this film is that it very much feels like the type of thing we might’ve gotten in 2014 or 2015, when the likes of The Perks of Being a Wallflower and The Fault in Our Stars were in their hayday, and you couldn’t go five minutes without hearing about another quirky YA-movie about a doomed teen romance. However, it’s 2021, and that era came and went, which makes it all the more bizarre when a film like The Map of Tiny Perfect Things drops on streaming, feeling very much like a product of that time.

What those other films had going for them is chemistry. This doesn’t. The Map of Tiny Perfect Things bills itself as the teen rom-com take on Groundhog Day, but the issue is that it’s not particularly romantic, nor is it all that funny. Sure, Mark and his best friend Henry (Jermaine Harris) trade frequent quips and make nerdy pop-culture references, but the dialogue feels stale and unoriginal. We’ve seen nerd humor before, and we’ve seen it done better.

Even worse is how little chemistry the actors have with each other. We know Kathryn Newton has range, and we’ve seen her play incredibly well off of other actors her age in films like Freaky, but the romantic (or even platonic) chemistry between her and Allen just isn’t there. Sometimes actors click, and sometimes they don’t. The Map of Tiny Perfect Things is, unfortunately, one of those cases where two actors just don’t play off each other all that well.

Further complicating matters is how neither Newton nor Allen are helped by the lackluster script from screenwriter Lev Grossman: Both Mark and Margaret are flat, uninteresting characters who don’t have a strong sense of direction or purpose. 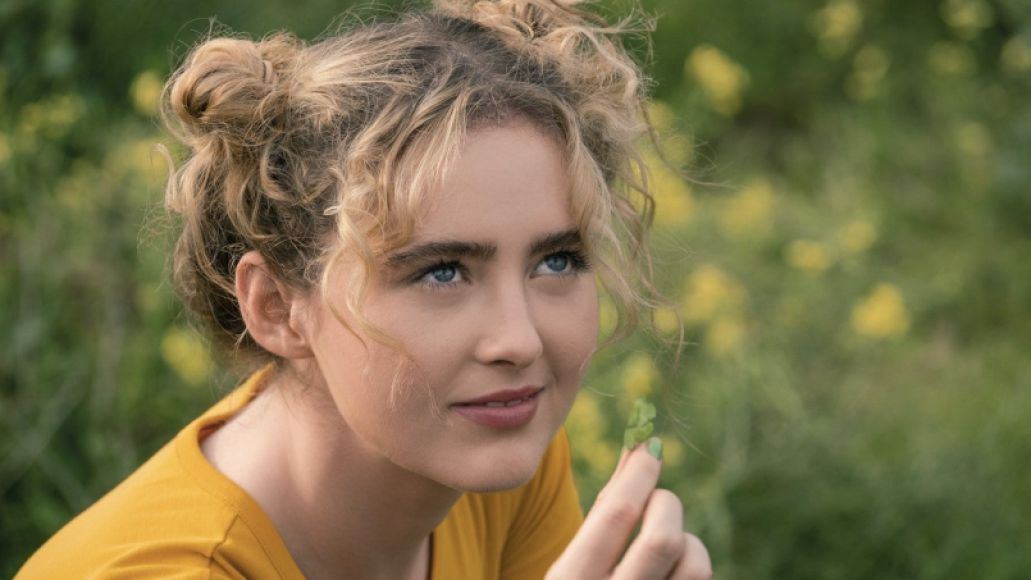 A Different Point of View (Major Spoilers): That being said, it’s not like the film is irredeemable garbage. As it stands, it’s a very average, inoffensive little romance film that would make for easy if predictable date-night fare. However, The Map of Tiny Perfect Things doesn’t just let jokes and romantic chemistry fall flat; it also entirely undersells its most fascinating concept.

Early on, we learn that Margaret has a secret she’s keeping from Mark. Every day at 6:00 p.m., she leaves suddenly and without explanation. In the film’s final act we find out that it’s because her mother is on her deathbed, which is an utterly fascinating concept that hasn’t properly been explored in a time-loop film like this (with the slight exception of Happy Death Day 2).

The idea of being unwilling to leave a time-loop to spend more time with a dying loved one is as heart-wrenching as it is intriguing, and the film could have certainly benefit from being told through Margaret’s point of view. Unfortunately, that concept is shoehorned at the end, leaving The Map of Tiny Perfect Things to be nothing more than a predictable affair.

The Verdict: While it flirts with some exciting and original concepts, The Map of Tiny Perfect Things is plagued with an uninspired story, flat characters, and a pair of romantic leads that have zero chemistry. It’s not overtly offensive, but it’s certainly the kind of movie we won’t remember two time-loops from now.

Where’s It Streaming? You don’t need a map to watch The Map of Tiny Perfect Things right now on Amazon Prime Video. 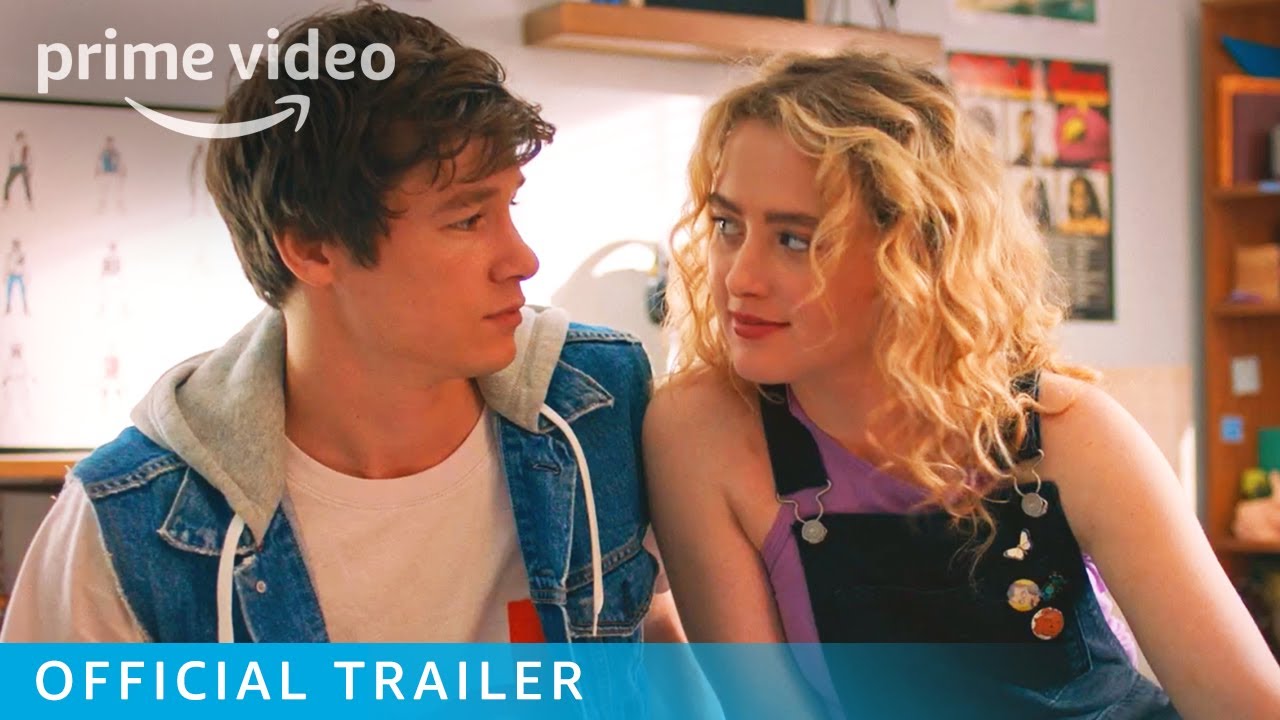