Fans are still split on Jared Leto’s depiction of the Joker in Suicide Squad, but the actor is getting the last laugh. He’ll be reprising the role in the upcoming director’s cut Zack Snyder’s Justice League, and Snyder himself has today revealed the first full look at the character, as well as details on how he fits into the plot.

Immediately, you’ll notice the tattoos and slicked back haircut are gone. Instead, Leto’s Joker looks scared and deranged, his lipstick smeared around his mouth and his greasy hair cascading down his shoulders. He’s dressed in a hospital gown and surgical mask, and Snyder reveals there will also be scenes with him wearing a bulletproof fest decorated with the dirty badges of fallen law enforcement officers. “He has tones of badges,” the filmmaker told Vanity Fair. “Those are his trophies.”

As for where he got those trophies and where those tattoos went, some of that is left to the audience’s imagination. In a spoiler, Snyder explained how this version of the Joker ties into the plot.

The sequence featuring the Joker is set in a “psychic vision” dream sequence not unlike what Ben Affleck’s Batman went through in Batman v Superman: Dawn of Justice. It’s a flash forward to an Earth destroyed by the invasion of Darkseid, where Joker shows Batman what will happen if the Justice League fails to stop Steppenwolf and the armies of Apokolips. “The cool thing about the scene is that it’s Joker talking directly to Batman about Batman,” Snyder said. “It’s Joker analyzing Batman about who he is and what he is.”

Snyder added their interaction also “explains why Bruce had the Joker card taped to his gun that you see in Batman v Superman,” referring to that movie’s own nightmare sequence.

Joker was never originally intended to be in Justice League, but when Warner Bros. gave Snyder the okay to go ahead with reshoots for his director’s cut, adding the character was one of his first ideas. “The Joker is really the only thing that I thought of in retrospect,” Snyder said. “But I will say that it was always my intention to bring Joker into that world.”

In fact, he’d hoped future films would “explore the death of Robin,” which was teased in BvS:DoJ by a damaged Robin suit in the Batcave. By flashing back to “how Robin died, how Joker killed him and burned down Wayne Manor, and that whole thing that happened between he and Bruce,” the director intended to show “how they became like this… how he hurt him in a way that no one has, really. Other than losing his parents, it was probably the most significant personal injury to his life.”

While it’s highly doubtful he’ll ever get the chance to film that vision, Snyder is content to give fans a taste of it in Justice League. “That’s the thing I also felt like fans deserved from the DC Universe. That is to say, the Jared Leto Joker and the Ben Affleck Batman, they never really got together.” (They only shared screen time briefly in Suicide Squad.) “It seemed uncool to me that we would make it all the way through this incarnation of Batman and Joker without seeing them come together.”

So what of Joker’s tattoos from Suicide Squad? Snyder figures it’s not even worth answering. “I would say that there’s been some water under the bridge. Who knows what’s happened,” he admitted. “I don’t know if he’s wearing makeup, I don’t know what’s happening. It’s hard to say exactly.”

That’s just more evidence that Zack Snyder’s Justice League will truly stand alone as somewhat of an Elseworlds story in the DC Extended Universe. See how the Joker will appear in the tale below. 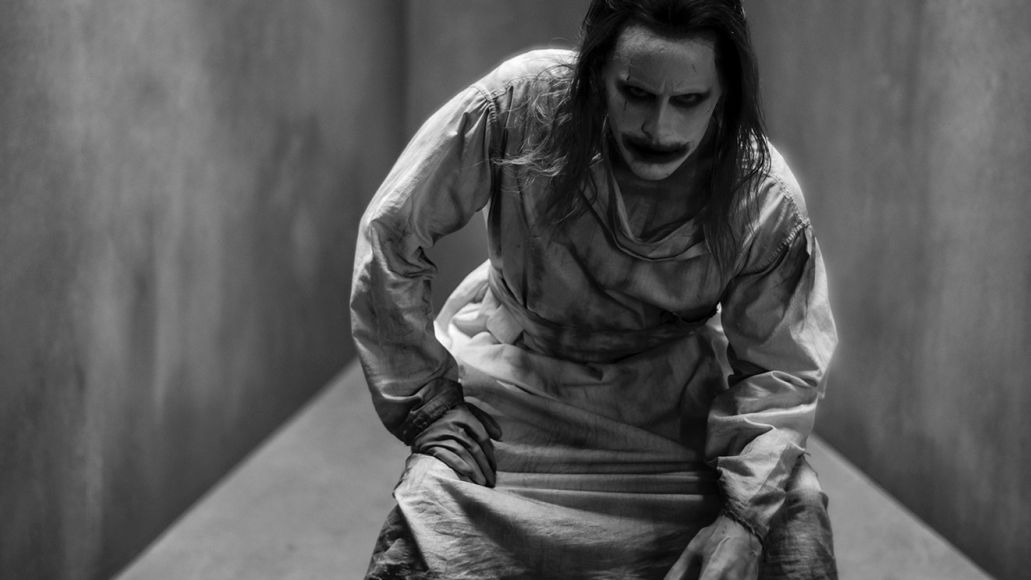 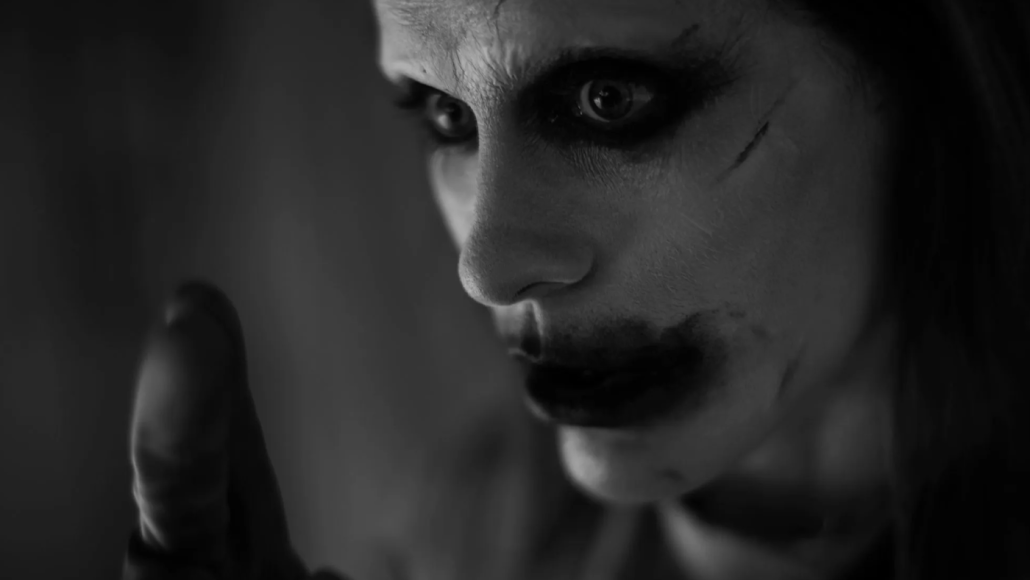