In our new music feature Origins, we task artists with giving fans a behind-the-process look at what inspired their latest single. Today, Mister Goblin reveals how he got a “Hook in the Eye”.

Sam Goblin, the frontman of Two Inch Astronaut, is set to return this week with the latest album under his Mister Goblin solo moniker, Four People in an Elevator and One of Them Is the Devil. With just days before the full release release, he’s today sharing a new track called “Hook in the Eye”.

Previous single “Six Flags America”, which featured Sadie Dupuis, was a sparse number, bordering on indie folk. “Hook in the Eye”, by contrast, would fit more in with late ’90s indie emo music — but as if Ben Folds fronted Saves the Day.

Melodic verses tell the story of a telemarketing scammer, preying on the vulnerable to bilk them out of their bank accounts. There’s warranted self-loathing behind the words (“This is my theater, your landline my stage now/ Somebody cut the spotlight”), but as the belting chorus comes shredding in, there’s also resignation and even pride: “Slide my the Pulitzer Prize/ ‘Cause I coax tears from your eyes/ It’s just acting/ You know what, besides, I got to make a living someway.”

Take a listen to “Hook in the Eye” below, followed by a description of the song’s Origins by Mister Goblin himself.

Four People in an Elevator and One of Them is the Devil is out February 19th via Exploding in Sound, with pre-orders available on Bandcamp. 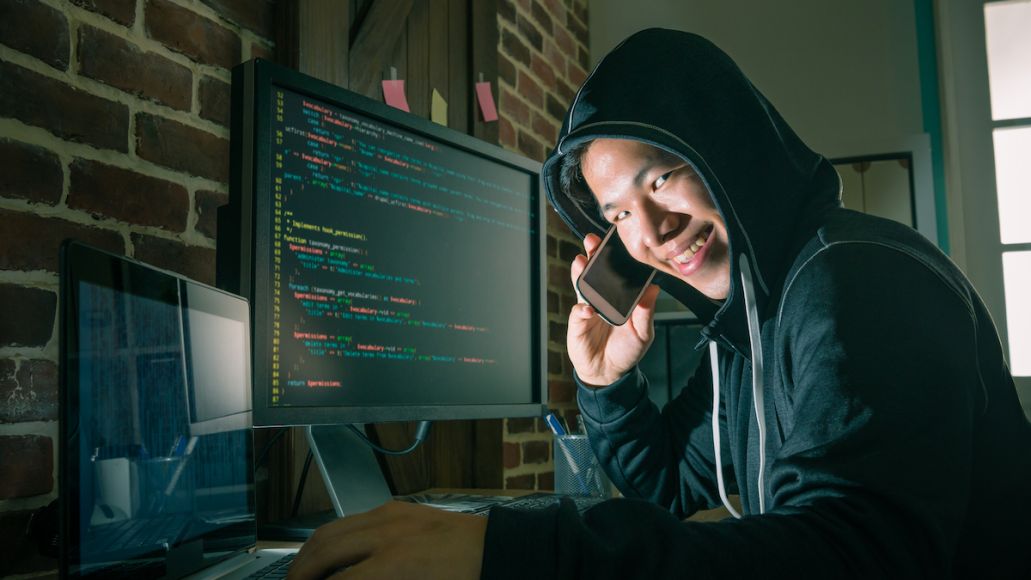 When I lived with my Grandma a couple years ago she’d get these spam calls all the time, basically trying to extract money from her. Once when I happened to be out of the house they called saying “Your grandson has been in a car accident, you need to wire us $5,000.00 immediately!” Thankfully she called other people first, but I thought it was the evilest shit I’d ever heard and it drove us all nuts. “Hook in the Eye” is about what might lead a person down a career path focused on extorting the elderly by phone.

I did a lot of “lead” guitar stuff in Two Inch Astronaut, but always shied away from the kind of rippin’ pentatonic blues thing. I’d gotten more interested in giving it a go after watching people like Devin from Maneka and K from Spring Silver do it, and seeing that it can be awesome and doesn’t have to be in this lame Eric Clapton zone. It was probably the most fun I had throughout recording the record. 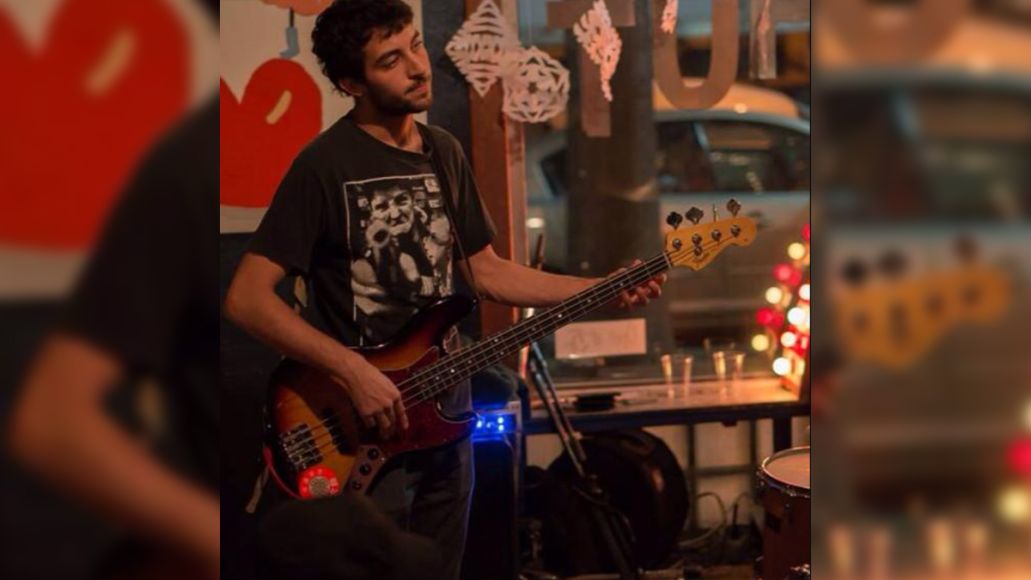 In Two Inch Astronaut, our old bassist Daniel Pouridas always wanted to call something “Fish Hooks at Eye Level” but we never got around to it. I don’t remember if that was a reference to something or what, but I’m realizing now that I kind of ripped this song title off of that. Shouts out to Daniel, the ghost writer of my life <3.

The Drum Stylings of Seth Engel:

Seth described himself as a “lazy shredder” in terms of his drumming while we were recording this. He’s an incredible musician all around (check out Options, if you don’t know now you know) and it was a real pleasure to collaborate with him on the whole album, but I think his playing works particularly well on this one. It was great to hear the shitty midi drums I had programmed for the demos brought to life in a way that had that nice just-barely-behind-the-beat slothful human feel.

Mister Goblin Shares the Origins of New Song "Hook in the Eye": Stream