Morgan Wallen has uploaded a lengthy video in which he apologizes for using a racial slur. The clip, titled “Update from me”, is five minutes long and was uploaded to YouTube on Wednesday night — more than a week after the initial incident was made public.

The fallout was swift and massive: Wallen’s record contract was suspended, his music was pulled from playlists and radio, he lost his talent agency, and he was officially barred from the Academy of Country Music. Even so, many of his fans rallied behind him by purchasing his music: Wallen saw a massive surge in individual song sales — a whopping 339% increase, and his new album Dangerous: The Double Album went No. 1 album for the fourth consecutive week running.

In his newly released video, Wallen doubles down on his apology and asks his fans to stop defending the indefensible… at least for 24 hours.

“I let so many people down… And I’m not OK with that,” he says in the video. “So this week I’ve been waiting to say anything further until I got the chance to apologize to those closest to me that I knew I personally hurt. I also accepted some invitations from some amazing Black organizations, executives, and leaders to engage in some very real and honest conversations. I admit I was pretty nervous to accept those invitations from the very people I hurt… I appreciate those who still see something in me and have defended me, but for today, please don’t. I was wrong. It’s on me to take ownership for this and I fully accept any penalties I am facing.”

In case it wasn’t clear, Wallen believes that he used a racial slur because he was drunk, not because he believes it’s okay for him to say. The good news is that Wallen has now been sober for nine days, which ideally means he hasn’t said the n-word in nine days.

“The video you saw was me on hour 72 of 72 on a bender,” he explains. “Since that video was taken, I’ve been sober for nine days. It’s not all that long of a time, but it’s enough to know that the man in that video is not the man that I’m trying to be … Who knows if I’ll be able to live down all the mistakes I’ve made, but I’m certainly going to try. I’m going to spend some time taking back control of my habit, living healthy, and being proud of my actions.”

Wallen ends the video by quoting a passage in 1 Corinthians, saying, “When I was a child, I spoke like a child, thought like a child, reasoned like a child. When I became a man, I gave up childish ways.’ That’s what I’m going to be doing for the next little while. God bless.” 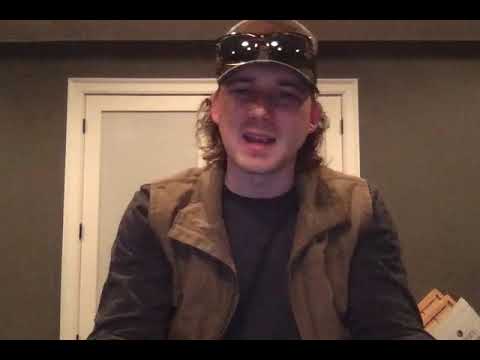 Morgan Wallen Uploads Apology Video: I Was "On Hour 72" of a Bender