Having owned 2020 and conquered Dave Grohl in an epic drum battle, 10-year-old sensation Nandi Bushell has now set her sights on the Mount Rushmore of rock drummers. Her latest YouTube video sees her dedicating a drum cover of The Who classic “My Generation” in honor of the late, great Keith Moon.

Moon is in the pantheon of drumming gods along with the likes of Led Zeppelin’s John Bonham and Rush’s Neil Peart, among others, but that didn’t stop young Nandi from tackling the iconic Who song. As she’s shown us in her previous videos, she’s incredibly talented. What’s more, she’s a bundle of energy and joy behind the kit.

“My Generation” is a fitting choice for Nandi, as she represents a new generation of young rockers. It was also, in many ways, one of the first punk songs before punk rock was even a thing — which was not lost on the young drummer.

Her YouTube description of the performance reads, “WARNING: Extreme Awesomeness and Flashing Lights! Bruh! Keith Moon!!! Unreal! This one is for you Mooney! One of the most difficult covers I have ever made. I think this song really suits my style. Fast, Fun and Rocking with a Punk edge!”

If Nandi was aiming for The Who’s iconic “target” logo, she hit a bullseye. Impressive, for sure, but not surprising for the youngster, who wowed the greatest of musicians over the past year. Her cover of Rage Against the Machine’s “Guerrilla Radio” on which she played drums, bass, and guitar, caught the attention of Tom Morello, who ended up sending her one of his signature guitars. And Kirk Hammett praised her similar rendition of Metallica’s “Enter Sandman”.

However, it was her back-and-forth drum battle with Dave Grohl that made the most headlines last year. After she challenged Grohl to a drum-off with her version of Foo Fighters’ “Everlong”, Grohl responded with a track from his supergroup Them Crooked Vultures. From there, they each wrote and performed theme songs for each other, and ended up promising to collaborate on a track when they finally met over a video call.

Watch Nandi Bushell nail The Who’s “My Generation” in the video below. 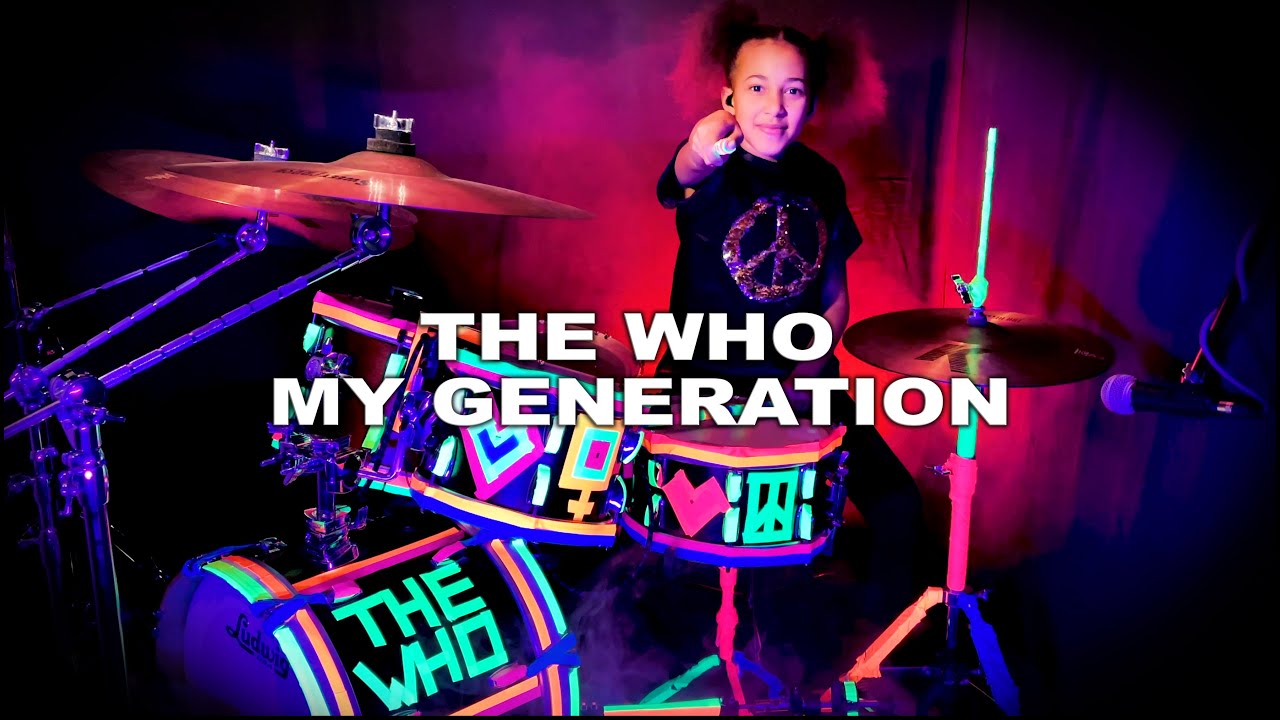 10-Year-Old Nandi Bushell Honors Keith Moon with Rousing Drum Cover of The Who's "My Generation": Watch