Editor’s Note: Nickelodeon’s Are You Afraid of the Dark? returns tonight with the second installment of its revival: Curse of the Shadows. The six-part season will premiere on Friday February 12th with a new episode to follow each week. To get your goosebumps ready for the new season, we’re revisiting our definitive ranking of every original episode of Are You Afraid of the Dark?, which was originally posted in 2015.

“Separately, we’re very different. We like different things, we go to different schools, and we have different friends. But one thing draws us together: the dark. Each week, we gather around this fire to share our fears and our strange and scary tales. It’s what got us together, and it’s what keeps bringing us back.” –Gary, Midnight Society President

The premise of Are You Afraid of the Dark? is ridiculous: a handful of pre-teen/teenage strangers traveling from all across a city to tell scary stories out in the woods in the middle of the night. (How’d they meet? What kind of parents allow their kids out like that? How’d they never burn the forest down?) But the infeasibility of The Midnight Society didn’t stop the show from becoming a weekly staple for a generation of tweens. We were old enough to stay up but not old enough to stay out, so we spent nearly every Saturday night huddled around our television sets with friends or siblings, pretending not to be terrified by that week’s tale.

Some of us took it a step further. I recall multiple Midnight Societies popping up around our school in Fight Club fashion soon after the show premiered. Mine met at 8 p.m., lasted one meeting, and consisted of my two friends and I throwing anything granular — dirt, sand, sugar — we could find into my parents’ fireplace, trying to get that eerie Midnight Dust poofing effect. We never figured it out before our Society disbanded about 15 minutes later without a single tale ever being told. 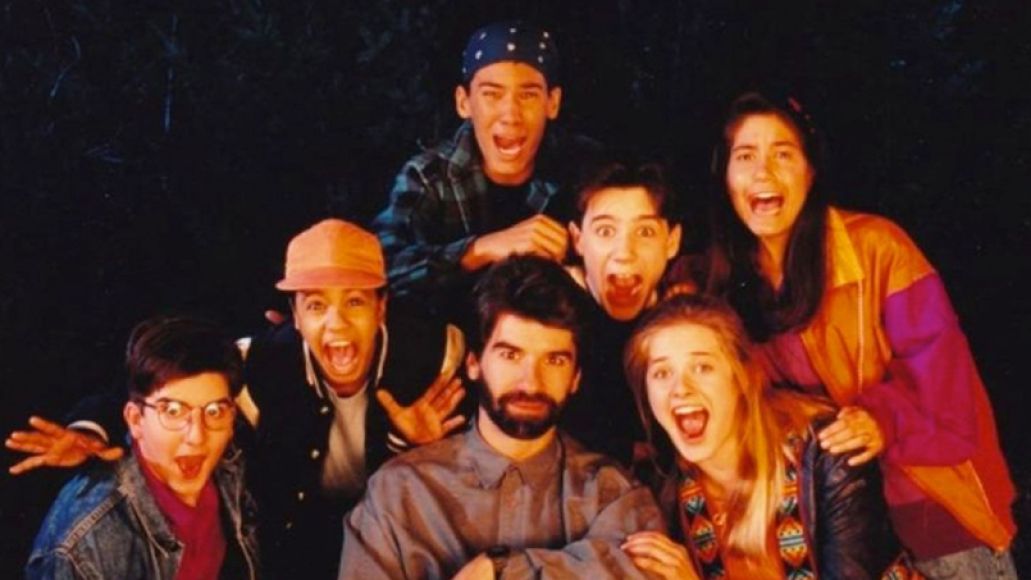 Looking back, it’s easy to dismiss the show as a purely nostalgic wedge of ’90s cheese, and, admittedly, many of the tales haven’t aged particularly well. But there’s also a lot to admire in the care that went into trying to frighten us. We saw the protagonists encountering the creepy and supernatural in the same suburban settings we hailed from. They were remarkably vulnerable and insecure kids, too, ones with problems we could relate to; they were new kids, outcasts, rival siblings, and children experiencing rough patches like deaths in the family or parents filing for divorce.

While re-watching these episodes again, what struck me most is how isolated nearly every tale’s children are from caring and capable adults. The kids are almost always on their own throughout these ordeals — parents and adults either absent, feckless, or the ones instigating the evil in the first place. To a generation of kids who were always taught to run to adults for help, Are You Afraid of the Dark’s message was to trust and rely on nobody, especially those who are supposed to be looking out for you.

Nickelodeon’s Are You Afraid of the Dark? Returns to the Woods for Curse of the Shadows: Review

Submitted for the approval of our readers, here are the 65 episodes of Are You Afraid of the Dark’s initial run ranked and dissected (including drinking cues guaranteed to help you survive the tales that don’t quite hold up). Also, feel free to huddle around the campfire in our comments section and tell us your favorite tale, preferred Midnight Society storyteller, and what creepy or spine-chilling moments from the show have followed you into adulthood.

Ranking: Every Are You Afraid of the Dark? Episode from Worst to Best