Next month, Marianne Faithfull will release a new spoken-word album called She Walks In Beauty that was made in collaboration with Warren Ellis. She announced the record back in January, but today she’s giving fans their first taste by sharing its title-track.

The album, which features additional performances from Nick Cave and Brian Eno, will see the 74-year-old recite iconic poems from the 19th century British Romantics over sound collages that Ellis constructed. The whole project was titled after Lord Byron’s classic of the same name, and Faithfull presents the poem with her own unique delivery on the title-track.

The first half of the song gradually crescendos from sparse piano and chirping birds to lush strokes of mosaic ambience. Suddenly, Faithfull’s weathered voice comes piercing through the mix with the utmost clarity, as she recites Byron’s effusive praise for the woman he supposedly fell in love with earlier that night.

The way Faithfull’s meter contrasts with the nebulous sounds behind her gives the otherwise soothing performance an off-kilter sensibility. Take a listen below.

In a statement, Faithfull explained why the poem is so appealing to her and how different it feels compared to other Byron pieces.

“It’s very romantic, not like you imagine Byron to be,” she said. “It’s so beautiful, and that’s why I like it. I love the other side of Byron too, but this is really amazing, sublime. And I was very drawn to the ability to do really beautiful rhymes. I think that’s from being a songwriter. It’s incredibly nice. Not what I connect with Lord Byron at all.”

She Walks In Beauty is due out on April 30th and pre-orders are ongoing. 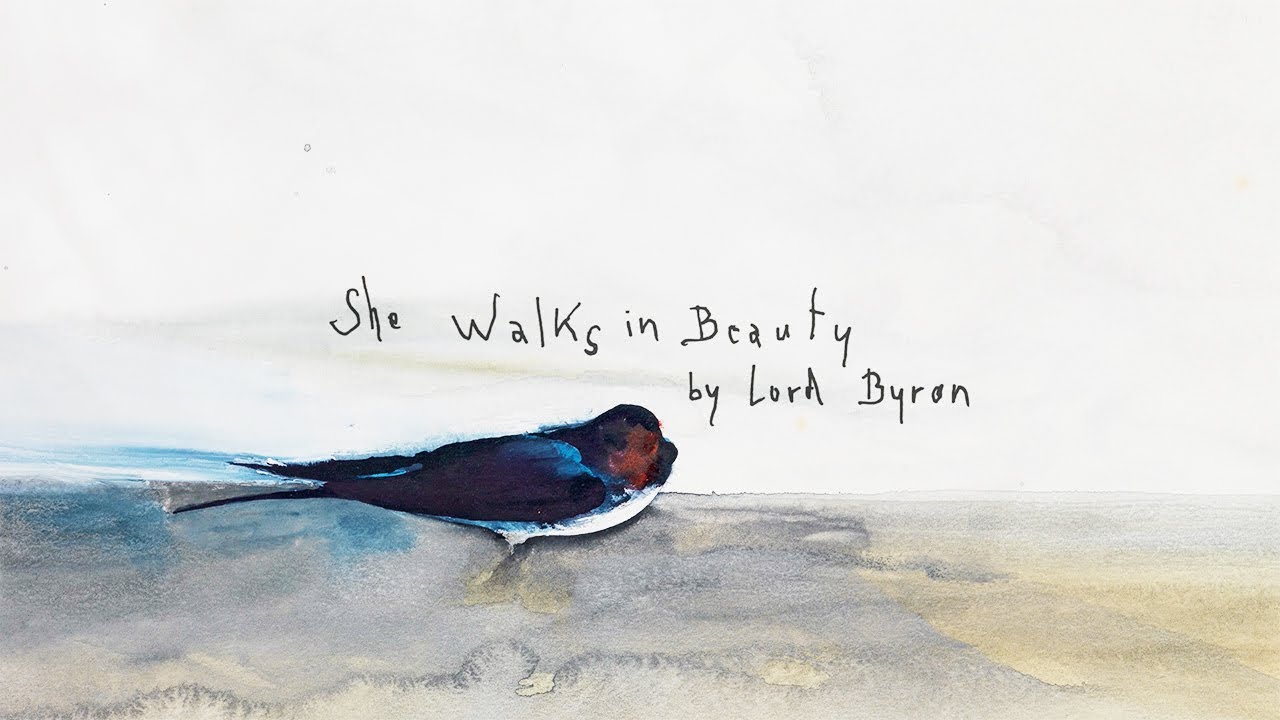