Tom Morello and Slash almost jointly experienced the most heavy metal death that one can possibly imagine: getting blown up onstage at an Ozzy Osbourne concert. The Rage Against the Machine guitarist told the story during an appearance Wednesday (February 24th) on The Howard Stern Show.

Morello and Slash were performing with the Prince of Darkness as part of his “Ozzy and Friends” shows that took the place of Black Sabbath’s planned tour after Tony Iommi was diagnosed with lymphoma. At one of the shows, a headlining Halloween performance at the 2015 Voodoo Experience festival in New Orleans, the two guitar gods almost met their maker.

As Morello tells it, after he and Slash had taken turns playing various solo and Sabbath songs with Ozzy throughout the evening, they were both getting ready to perform the encore, “Paranoid”. The setlist had “Mama, I’m Coming Home” listed before “Paranoid” but Ozzy’s team told the pair that Ozzy usually skipped the ballad during this shows.

From there, Morello recalled the moment he and Slash were almost blown to pieces onstage:

“Slash and I walk out there, and Ozzy goes, ‘The next song’s called ‘Mama, I’m Coming Home’ — a song we don’t know how to play. So we kinda like slink around to the back of the stage. Now we’re behind the amplifiers, sitting there waiting for him to play the song. There’s this guy, this crew guy, at the side of the stage gesticulating wildly. Like, he’s apoplectic. I can’t hear him because it’s super loud… but he’s trying to convey what is clearly a very important message to us.”

After hearing Morello tell the story, Stern remarked, “I’m just imagining you at an Ozzy Osbourne concert, you and Slash getting blown up by the pyro — what a way to go out!”

Prior to the pyro story, Morello told Stern how much he worshipped Ozzy guitarist Randy Rhoads, even naming his son Rhoads after the late musician.

Watch Tom Morello discuss his near-death Ozzy experience with Howard Stern below. And if you want another great story from the guitarist, see the video below that one to hear him tell us about the time Slayer’s Tom Araya bought a $5 cassette off him at an early Rage Against the Machine show. 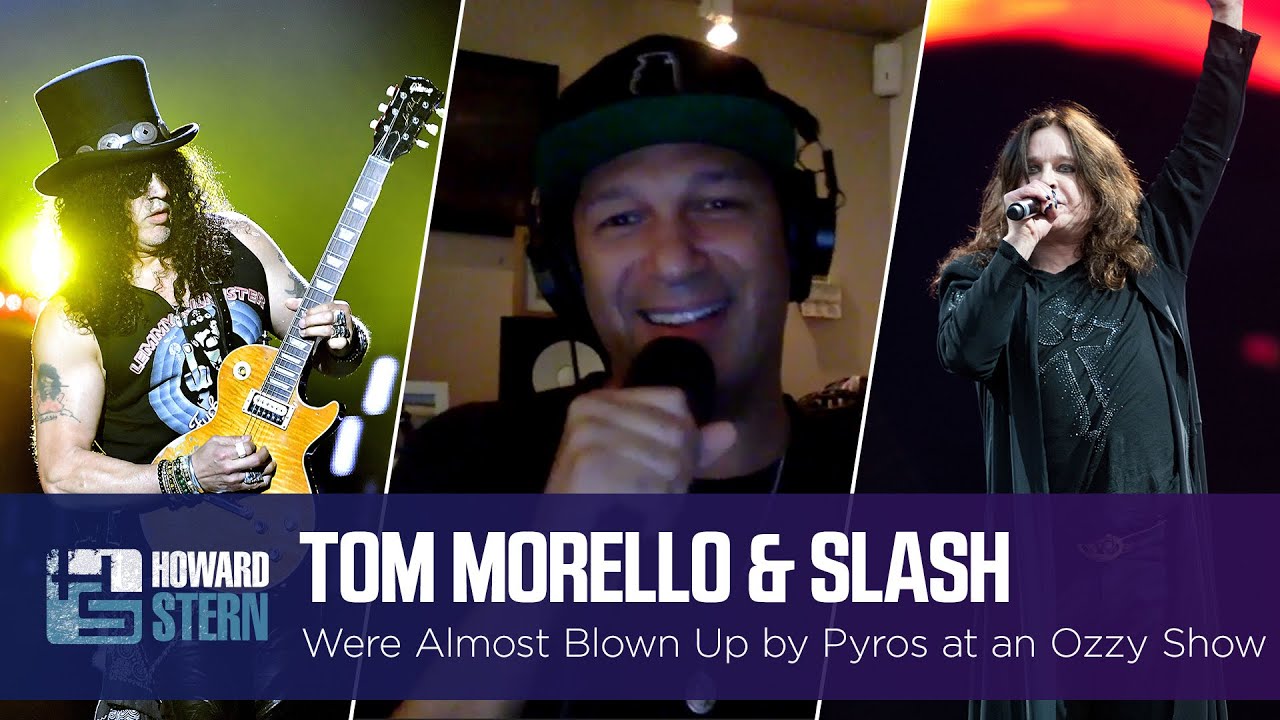 Tom Morello: Slash and I Nearly Got Blown Up Onstage at an Ozzy Osbourne Show