The Pitch: A bright-eyed young student with a sharp mind, a yearning for exploration, and a habit of posting her innermost thoughts and feelings on her Tumblr blog, 21-year-old Elisa Lam was excited when her family agreed to let her travel on her own for the first time. Leaving her home country of Canada and journeying to Los Angeles, Lam expected to take in the sights, put a few miles on her soul, and return home refreshed and enriched by the journey.

Instead, Lam wound up becoming the central figure of a tragic story. Found floating in a water tank on the roof of the Cecil Hotel, Lam’s death is now the central mystery of Joe Berlinger’s latest Netflix docuseries, Crime Scene: The Vanishing at the Cecil Hotel. The four-part series chronicles both the mysterious circumstances surrounding Lam’s untimely passing and delves into the history of a building frequently referred to as the most haunted hotel in America.

Enjoy Your Stay: “Is there a room here that somebody hasn’t died in?” was the question posed to Amy Price, the former manager of the Cecil Hotel in downtown Los Angeles. Though the name may not ring a bell to many people, for true crime aficionados, the Cecil Hotel is a Mecca. Located on Los Angeles’ notorious Skid Row, the Cecil was once a bustling spot, touting grandiose art deco decor that made it a popular destination for travelers in the 1920s and 30s. But as the years passed, the hotel deteriorated; its interior growing worn and faded, and its location in one of Los Angeles’ worst neighborhoods helping to establish it as the go-to destination for drug dealers, prostitutes, criminals, and all sorts of other shady characters.

One or two unfortunate incidents would be easy to dismiss, but it seems like the macabre is sewn into the Cecil’s DNA. It played home to notorious serial killers Jack Unterweger and Richard Ramirez, and hosted Elizabeth Short (more commonly known as the Black Dahlia) just days before her grizzly death. It’s not just famous killers either; dozens have passed on at the Cecil, be it from suicide, overdose, or foul play. Crime Scene delves into not just Elisa Lam’s story, but the story of the Cecil itself. It also takes a fascinating look at the circumstances surrounding the Cecil’s descent into darkness with a strong focus on the role its location and clientele has played into building its reputation. 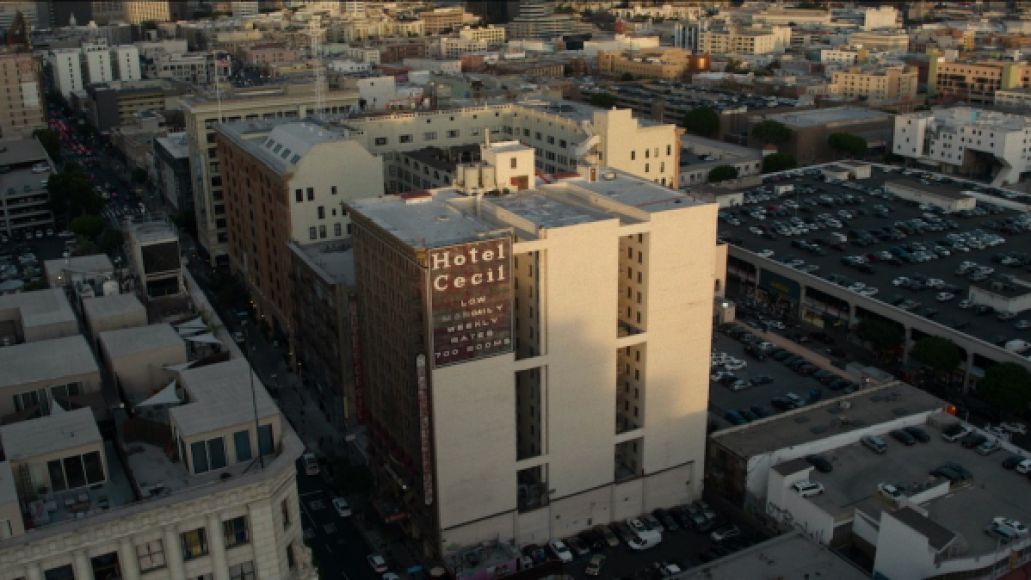 Crime Scene differentiates itself from typical true crime fare by analyzing not only the murders and other foul play that went down at the Cecil, but also how poverty, gentrification, and class had a hand in establishing it as the go-to for criminals. The Cecil, aside from being one of the most notorious murder spots in the nation, also serves as a haven for addicts, ex-convicts, and others who need somewhere to stay but may not have the money or means to pay for an apartment. For a few dollars a night, the most underprivileged of Los Angeles could seek refuge in the Cecil, and it’s both fascinating and enriching to see Crime Scene take the time to acknowledge the role in which gentrification and classism played in the Hotel’s history. 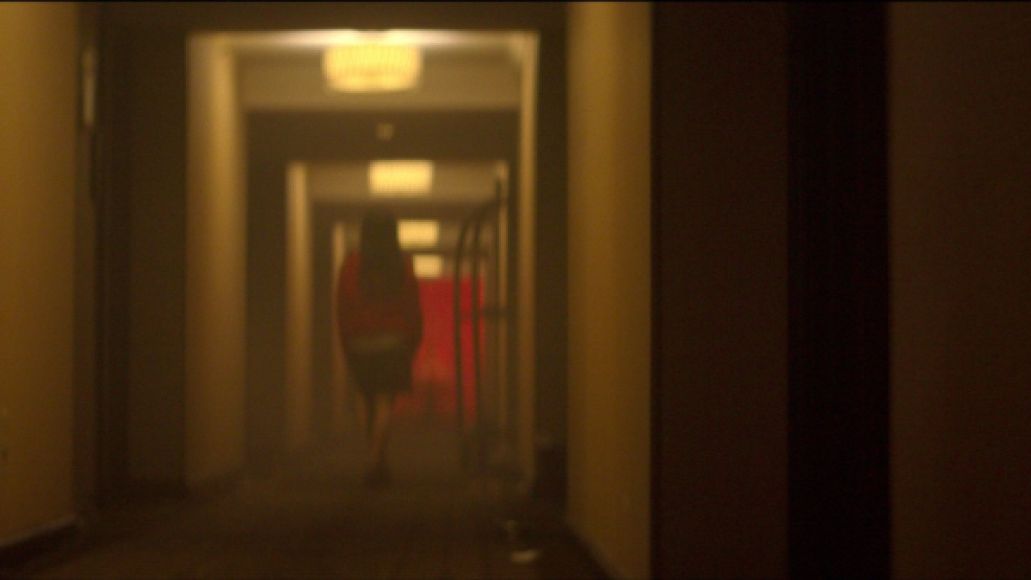 The Woman in Question: While the history of the Cecil may have been a major aspect of the series, the story at its core was that of Elisa Lam, a 21-year-old student from British Columbia, Canada, who disappeared from the Cecil after traveling there for a solo vacation in 2013. A few days after Lam’s disappearance, guests of the Cecil complained of a strange taste and color to the hotel’s water supply, prompting a maintenance worker to check the hotel’s rooftop water tanks, only to discover Lam’s nude corpse floating in the water.

When Lam first disappeared, local law enforcement were at a standstill on leads, and turned to the public for help — by releasing a now-notorious video of Lam’s last known appearance. The video depicts Lam in an elevator, repeatedly pressing buttons, hiding in the corner, and peaking her head out as if looking for someone. The strange nature of the video caused Lam’s case to spread like wildfire, becoming the subject of Facebook groups, Reddit pages, and numerous YouTube channels, all dedicated to investigating her disappearance. Internet sleuths quickly dissected the video, revealing that the footage has been slowed down and edited to remove certain clips. From there, things only spiraled: conspiracies about Lam being a government agent sent to infect homeless populations with tuberculosis, theories that a heavy metal singer murdered her and made a music video about it, and allegations that her death mysteriously and eerily echoed the plot of the 2005 horror film Dark Water. 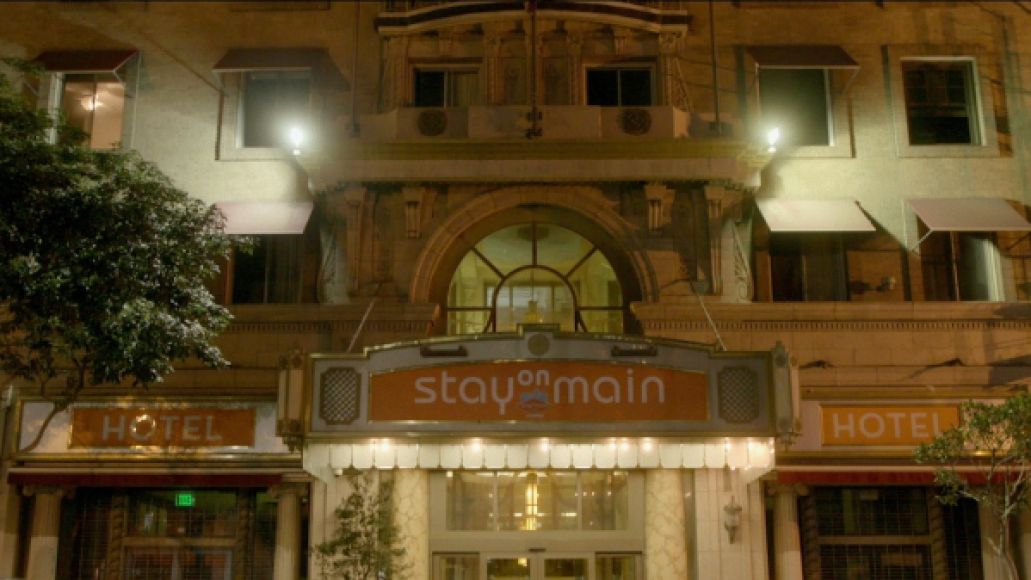 Crime Scene weaves social media and the prevalence of Internet sleuths into the very fabric of the series, making ample use of YouTube footage and interviewing creators who covered her disappearance and later death. But what’s unique about Crime Scene’s presentation of social media reactions to Lam’s case is that it’s (rightfully) critical of the Internet’s penchant to leap to conclusions, rile each other up for the thrill of the conspiracy, and spiral circumstances out of control because it made for an entertaining case. It’s fascinating how self-aware Crime Scene is: it’s a true crime show that also serves as a cautionary tale for those who get carried away either creating or investing in true crime conspiracy theories.

What’s Streaming on Netflix in February 2021

True Crime with a Conscience:  Although the genre has a tendency to sensationalize the events of mysterious deaths, Crime Scene takes an empathetic, grounded approach. The series concludes with a solemn acknowledgement of the severity of mental health — given Lam’s past struggles with bipolar disorder, the likes of which police believe led to her death — and pays tribute to her vibrant personality, vivid mind, and incredible wit as a writer. It’s staggering, emotionally resonant, and gives the entire series a sort of wisdom, respect, and empathy that makes it feel much more than a four-part true crime show.

The Verdict: Sophisticated, gripping, and full of perspectives usually absent in the genre, Crime Scene: The Vanishing at the Cecil Hotel is an expertly-paced mystery and a thought-provoking discussion on classism, mental health, and the ethics of true crime. It’s also remarkably cinematic in terms of aesthetics, thriving with atmospheric visuals and clever pacing that create a murky, engrossing atmosphere. You’ll finish it in one sitting.

Where’s it Streaming? Check in to the Cecil Hotel on February 10th via Netflix.

Netflix's The Vanishing at the Cecil Hotel Is a Cautionary Tale for True Crime Fanatics: Review