Primus mastermind Les Claypool has shared a western short film that he stars in alongside Metallica bassist Robert Trujillo. Entitled Precious Metals, it was directed by Claypool’s son, Cage Claypool, and is essentially an avant-garde ad for Claypool’s EMG pickups.

The five-and-a-half-minute video begins with shots of the 57-year-old funk metal icon rooting around in the desert with a metal detector while dressed as a cowboy. After digging up some old bullet shells, he gleefully finds what he’s looking for: his shiny, Pachyderm Gold EMG bass pickups.

However, like all old-school Westerns, an outlaw always shows up at an inconvenient time. Just as Claypool finds his treasure, Trujilio appears behind him, decked out in quintessential bad-guy gear and with a gun in hand. Some anti-comedy weirdness ensues and the whole thing is edited like an old Gunsmoke episode with charmingly campy font and classic gunshot noises.

You’ll have to watch the video to see how that intense interaction plays out, but it does end with the two bassists dueling each other in a funky jam session. Check it out below.

In a statement, the elder Claypool expressed how thrilled he was to work with his son on a film like this.

“As a veteran music video director and wannabe filmmaker, it swells my chest with puffy pride to see my son Cage delve into the world of cinematography and excel at it,” he said. “He blows me away with his skill set, perspective, work ethic and ease of collaboration. That’s my boy!!”

In the world of sons, Trujilio’s son Tye Trujilio has a band with Slash’s son London Hudson called Suspect208, and they just dropped a new single last week. A couple days before that, Death Grips made fans ecstatic when they finally added their 2016 collaboration with Claypool to streaming services. 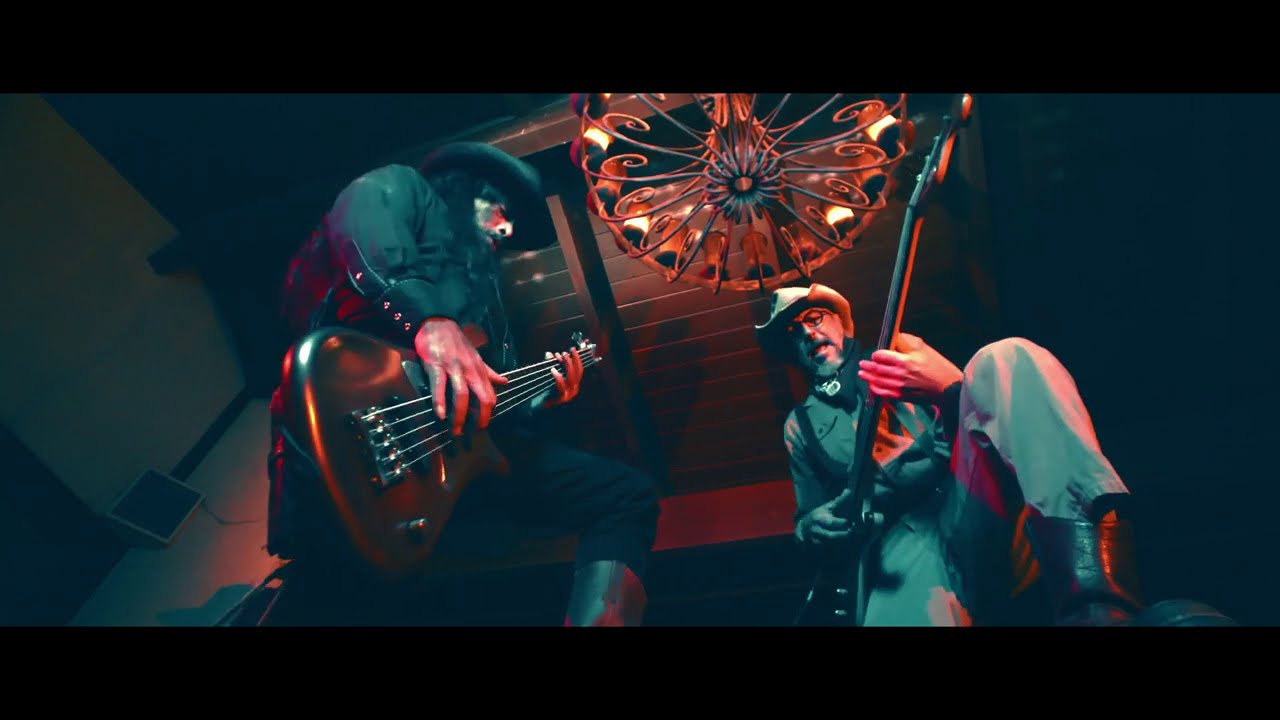