Angel Olsen has just announced her first-ever box set. It’s titled Song of the Lark and Other Far Memories and it’s due out May 7th via Jagjaguwar. The box set, which is limited to 3,000 copies total, is comprised of her 2019 album All Mirrors, her 2020 full-length Whole New Mess, a bonus LP called Far Memory, and a 40-page book collection featuring unseen photos, handwritten lyrics, journal entries, and more.

Olsen decided to create a box set after her original plan — for the songs on All Mirrors and Whole New Mess to be part of a double album, not two separate albums — didn’t go as planned. As such, Song of the Lark will reimagine those as a singular whole alongside the bonus material that didn’t make the cut. That’s where the new Far Memory record comes into play. It spans six songs in total, including a B-side, a previously unreleased cover of Roxy Music’s “More Than This”, two alternate versions of Whole New Mess songs, a Johnny Jewel remix of “All Mirrors”, and a Mark Ronson remix of “New Love Cassette”.

Fans can get a taste of Far Memory in the shape of “It’s Every Season (Whole New Mess)”, which Olsen has released today. Recorded during the sessions for All Mirrors, it’s an alternate version of “Whole New Mess” that utilizes an acoustic backbone to draw out the richness of Olsen’s voice alongside drums, electric bass, and a brass arrangement composed by Nate Walcott of Bright Eyes. Stream it below.

“It feels like part of my writing has come back from the past, and another part of it was waiting to exist,” said Olsen in a statement. “Some of the songs I am the most proud of writing took years to finish, and they all kind of started with nothing, a few scribblings in a notebook… I wanted to sort of shed light on the process of building these song structures while also being able to embrace and present the rawness of the earliest takes.”

Pre-orders for Song of the Lark and Other Far Memories are currently ongoing. Check out the album artwork and full tracklist after the jump, as well as an unboxing video by Olsen herself.

Song of the Lark and Other Far Memories Artwork: 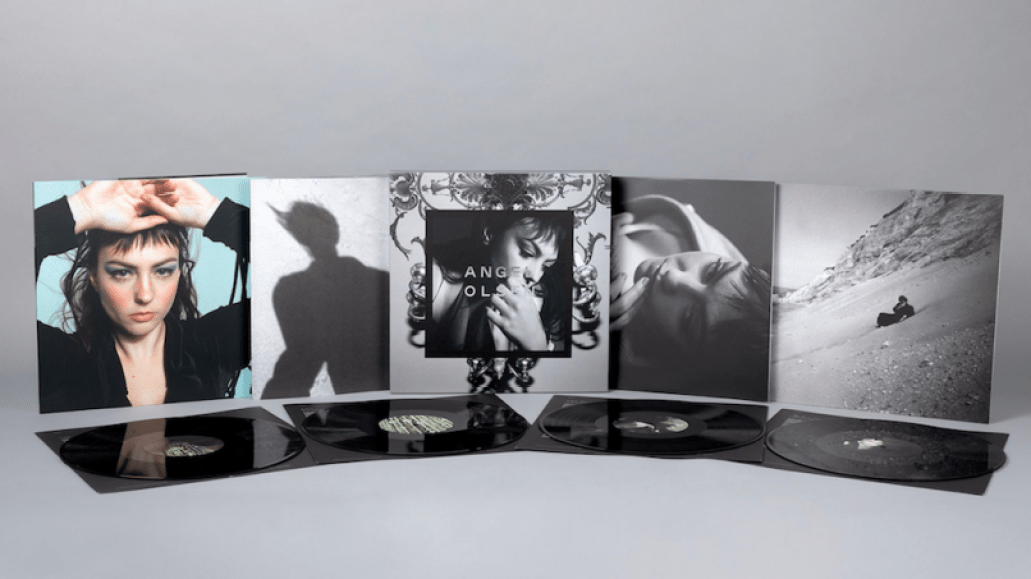