Eight years after Spike Jonze’s Oscar-nominated movie Her hit theaters, Arcade Fire and Owen Pallett have finally released the accompanying original film score in its entirety. Stream it below via Apple Music and Spotify.

A realistic sci-fi love story starring Joaquin Phoenix and Scarlett Johansson, Her is undoubtedly one of the best films of the past decade, and a huge part of that is due to its original score. Arcade Fire and Owen Pallett used all sorts of gentle piano and stripped-down instrumentation to capture the sounds of falling in love, getting lost in technology, and feeling the vast difference between loneliness and belonging. It’s a gorgeous collection of songs and one that’s long overdue to be available as a standalone art form.

For whatever reason, the score was never released after the movie came out in 2013, which makes its arrival today extra thrilling. The soundtrack, which was nominated for Best Original Score at the 2014 Oscars, is broken up into 13 songs and includes the moving single “Song on the Beach”.

Arcade Fire frontman Win Butler explained what an honor it was to be asked to score Jonze’s movie in a previous statement. “There is a mysterious alchemy in the way sound and picture work together, notes and moods shifting and reacting to one another like a kaleidoscope,” he said. “And even in the absence of visuals, the emotional landscape still remains. We hope you have a moment of stillness to get lost in the music as we did writing and recording it.”

In his album review of the score, Consequence of Sound’s Michael Roffman said Butler and Pallet enhanced the film’s themes and visuals in striking ways, awarding the record an A grade. “By focusing on the core human elements and paying credence to the future that may or may not come, Butler and Pallett successfully created a portal for any filmgoer today to walk into,” he wrote. “That’s not exactly the job or role of a composer, but it’s the mark of a great one.”

Will Butler on Family, Broadway, and Arcade Fire’s New Album

This also marks the first time the original score for Her is getting a physical release. Pre-orders for digital, vinyl, and cassette copies are currently ongoing, all of which have brand new cover art. Peep the artwork and tracklist for those after the jump.

There’s a good chance this won’t be the last we hear from Arcade Fire in 2021. A few months ago, Butler revealed that the band had written “two or three” albums during quarantine, not including the entire follow-up album to Everything Now that they were ready to start recording before lockdown went into effect. Needless to say, we’re very eager to hear what it sounds like. 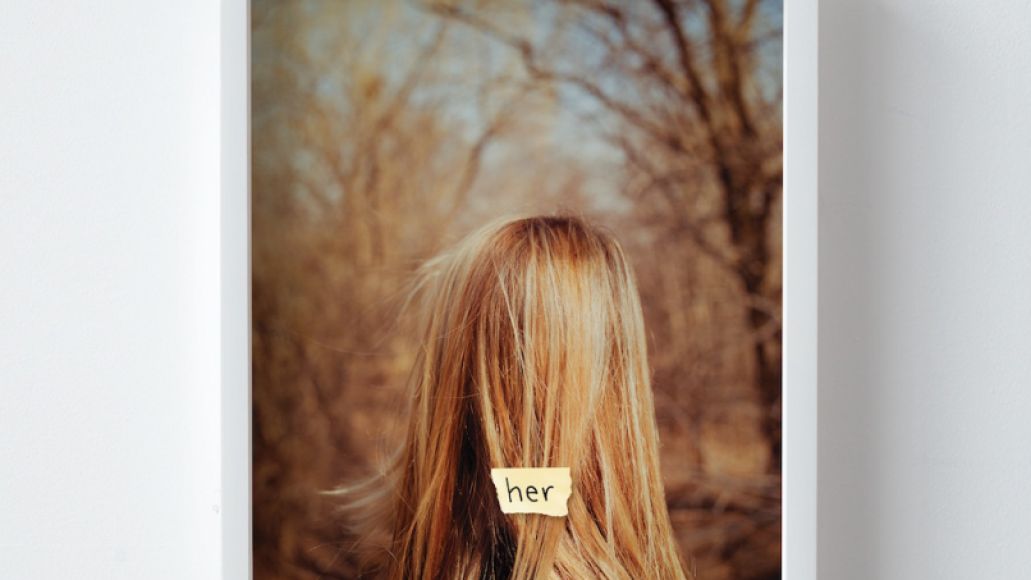