When Sturgill Simpson released Sound & Fury back in 2019, it wasn’t just one of the best albums of that year, it created a whole world. The record was paired with a Netflix anime film of the same name, showcasing the visual styles of Jumpei Miszusaki, Takashi Okazaki, Kôji Morimoto, and other animators to depict a post-apocalyptic corporate hellscape. Now, a new graphic novel is set to reveal how the greed of Slick and Slim’s 1,000 Likes Corporation brought about the world of Sound & Fury and the wrath of the mysterious samurai driver.

The 144-page tome is available as a paperback standard edition and an over-sized 9-inch by 15-inch hardcover deluxe edition limited to just 2,500 copies. Housed in a slipcase, the deluxe edition also includes a trio of exclusive art prints from Lolos and Deathburger.

Fans can order the Sound & Fury graphic novel at the Z2 Comics website, but for an early look at the expanded world of Simpson’s creation, check out an exclusive preview of five pages from the Chapter Five story “Nuns & Guns”, with art from Okazaki, below.

Z2 has plenty of other music related projects in the works, including This Is Where We Fall with an original soundtrack by Mitski, and a graphic novel based on The Doors’ classic Morrison Hotel. 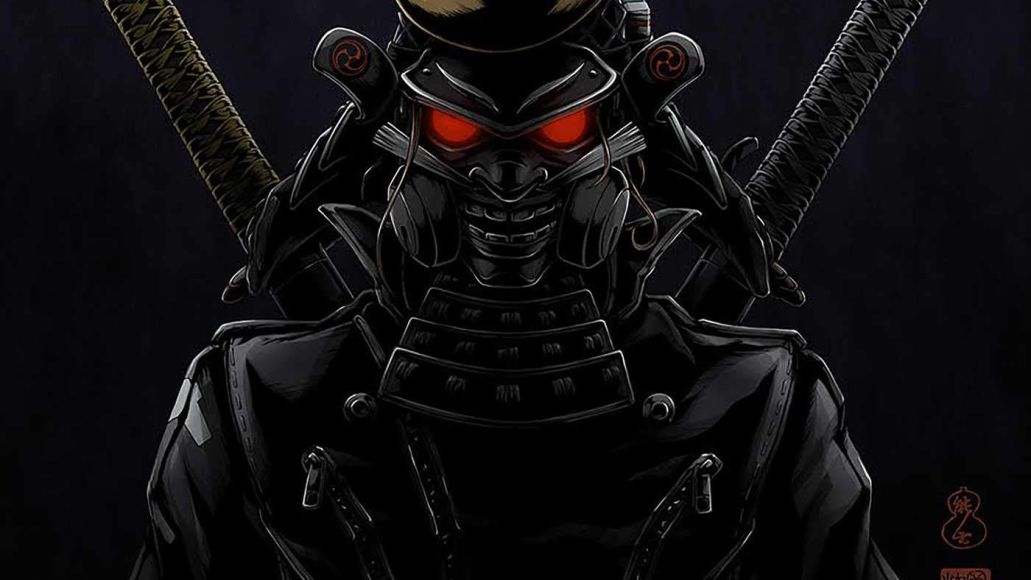 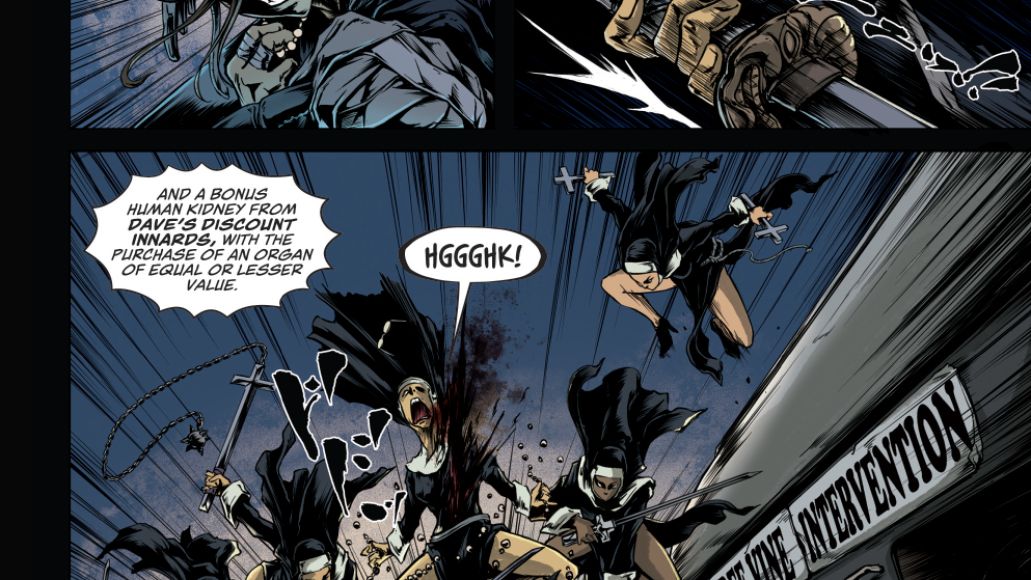 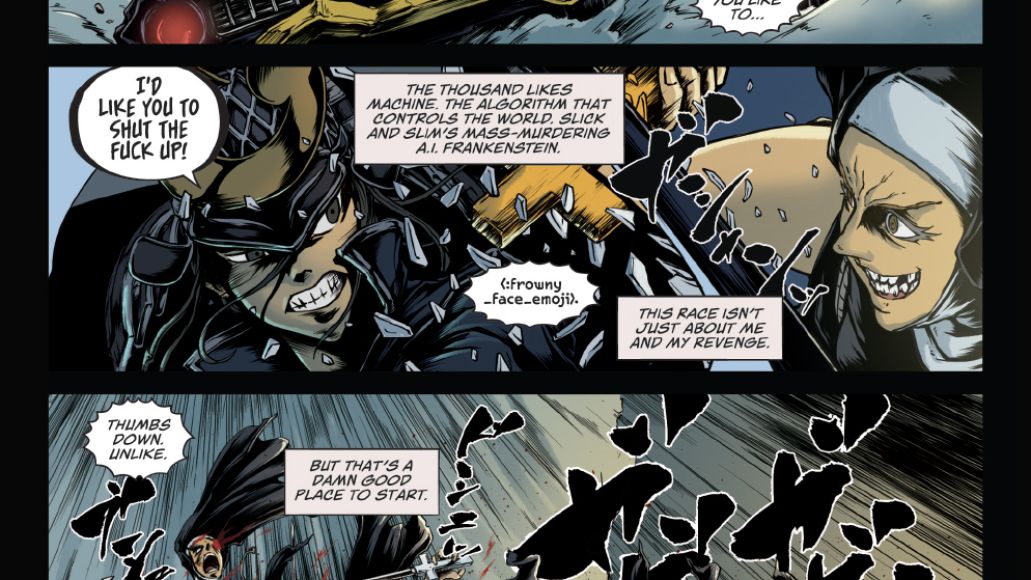 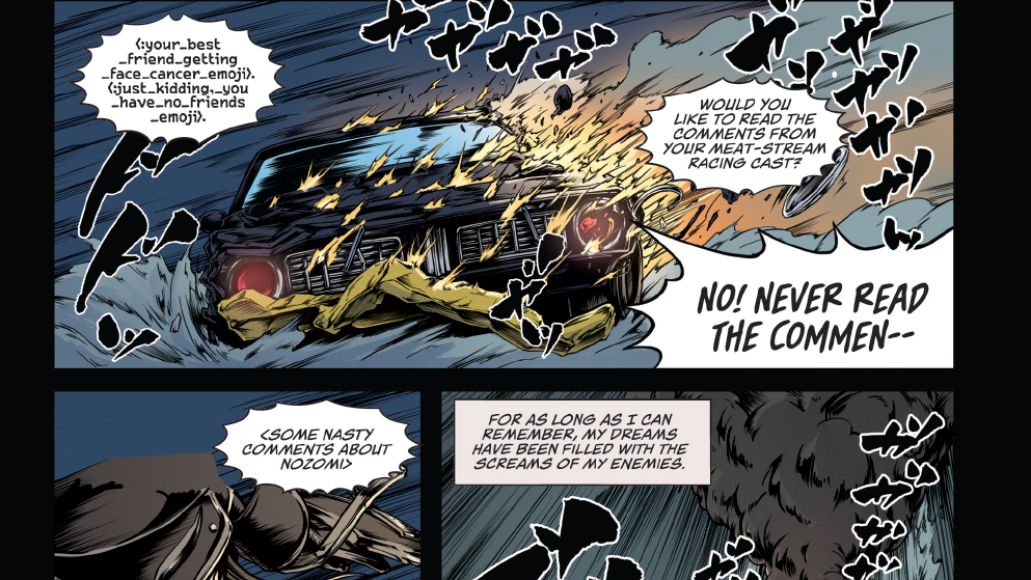 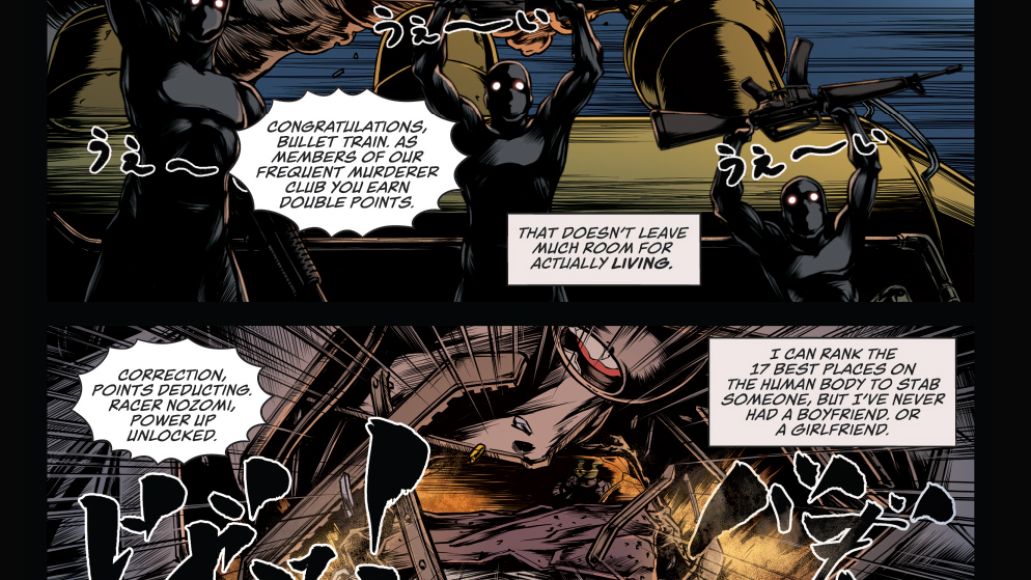 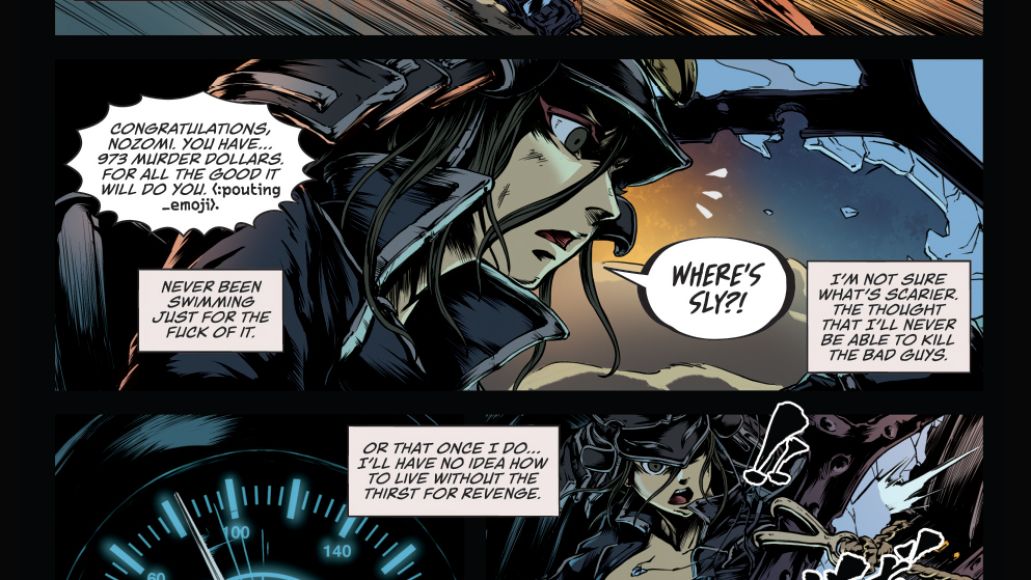