The Pitch: Godzilla and Kong square off in battle to determine who will be the planet’s apex predator.

Five years have passed since the events of Godzilla: King of the Monsters when Godzilla established himself as Earth’s alpha Titan. Presently, only Godzilla and Kong remain active, and both are continuously monitored by Monarch, the scientific organization that tracks and studies Titans. Kong now resides in a large dome on Skull Island, designed to look like his natural habitat before the island’s climate shifted into near-constant hurricanes, but also to protect him from Godzilla. Doctor Ilene Andrews (Rebecca Hall) oversees his daily life along with her adopted, deaf daughter Jia (Kaylee Hottle), who can communicate with Kong through sign language. Jia and Kong’s connection is unmistakeable.

Meanwhile, Bernie Hayes (Brian Tyree Henry) works as an engineer for Apex Cybernetics, an energy and robotics company invested in dealing with Titans, in addition to running his own Titan conspiracy-theory podcast. On the day Bernie is set to extract information he believes will expose Apex as nefarious, Godzilla attacks the facility unprovoked, leaving much of the world to wonder why he would act so uncharacteristically and aggressively. Madison Russell (Millie Bobby Brown), an avid listener of the podcast, believes Bernie is the key to unlocking this situation and sets out to find him along with her friend for answers.

Elsewhere, Apex Cybernetics CEO Walter Simmons (Demián Bichir) seeks out Doctor Nathan Lind (Alexander Skarsgård), whose research on Hollow Earth theory may solve the energy dilemma the company has been facing, which would allow them to protect the Earth from further Godzilla attacks. Naturally, the plan requires pulling Kong from his secluded living environment, and transporting him halfway across the globe, which couldn’t possibly have any unintended consequences, right? 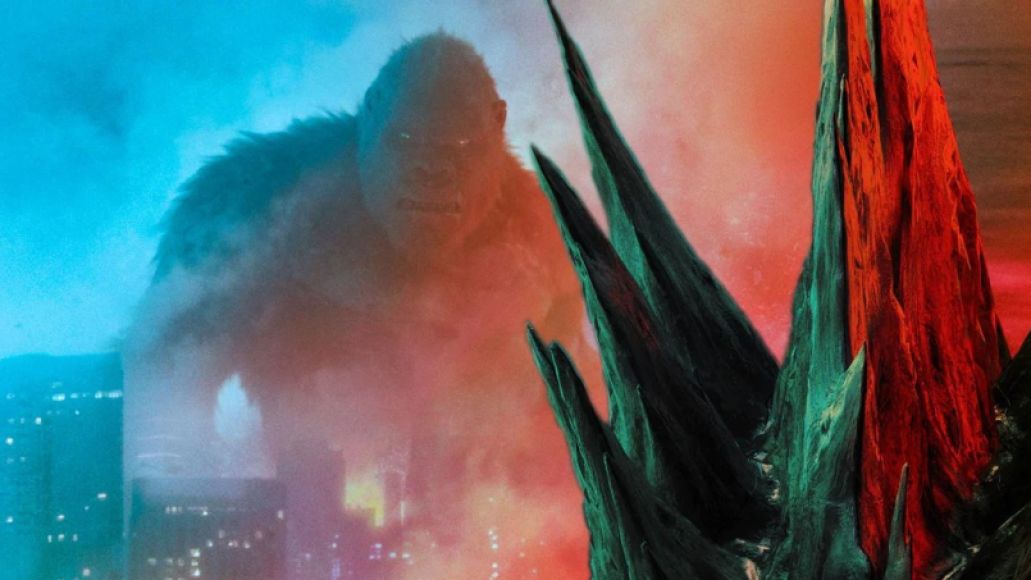 Why Can’t We Be Friends? Godzilla vs. Kong is a movie of clear demarcation with its Godzilla-centric characters and its Kong-centric characters. The Madison-driven subplot of the movie can be frustrating at times due to the inane, conspiracy theory-laden dialogue, but also the sweeping suspensions of disbelief required to achieve the hijinks she and Bernie are able to get away with throughout the film. There’s less substance to these characters in contrast to their Kong counterparts with Madison primarily functioning as a vehicle to connect the Godzilla dots until both subplots are able to intertwine later in the movie.

Keeping on that note, there’s a tremendous amount of setup and convoluted coincidences that have to play out to get the film’s engines roaring. Yet once the film picks up steam, director Adam Wingard never lets off the throttle. In fact, the final 40 minutes of this movie are pure action sequences, and the payoff packs a deliriously riveting punch. The only distraction is the recurring debate about who is the dominant species. It’s as if screenwriters Eric Pearson and Max Borenstein felt that the audience needed a reminder as to why Godzilla and Kong are fighting every 15 minutes. But really, audiences just want the ape and lizard to brawl. 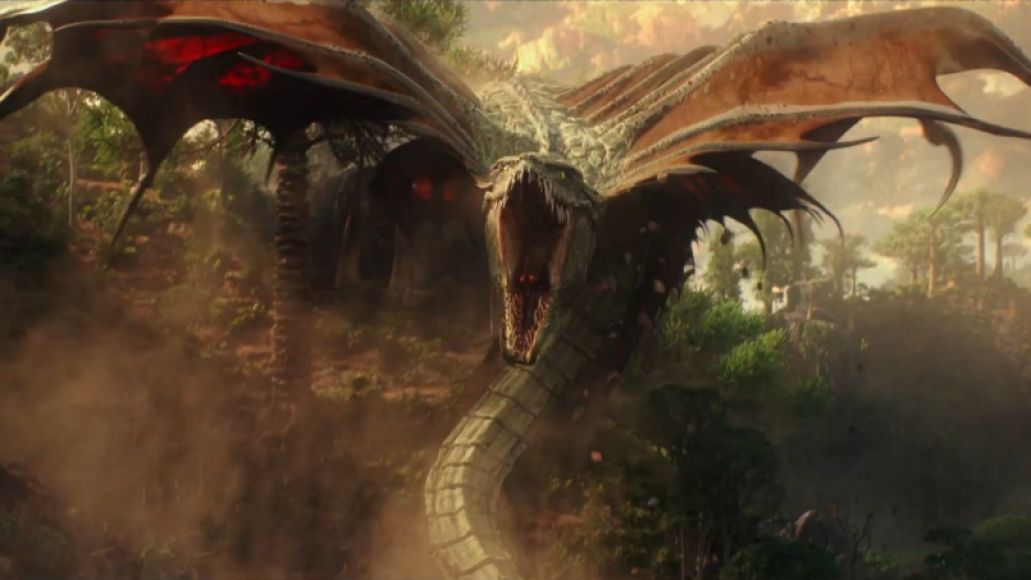 Apes Together Strong: Trivialities aside, Godzilla vs. Kong leans into that notion hard. After all, these movies have always been about the monster fighting, and this film absolutely crushes this facet of production. Fight choreography was clearly a priority of Wingard’s as the battles are as varied and exciting as they come. Better yet, none of it is obscured by thunderstorms or snow.

So, who wins? Sure, Godzilla may receive top billing, but Kong steals the show. There’s even a bit of John McClane swagger to him as he trades blows and evades Godzilla’s atomic breath blasts as if they were bullets. But, more importantly, there’s a level of humanity and emotionality to the ape that makes him worth rooting for and engaging with on his journey. His interactions with Jia alone display some of the strongest sentimentality the Monsterverse has ever had thus far.

Not to be outshined by the Skull Island MVP, Godzilla is at his fiercest in this one. There’s a pure menace to his mayhem, and like Kong, he’s given more personality through his actions. There’s a kind of articulation never before seen with his movements. 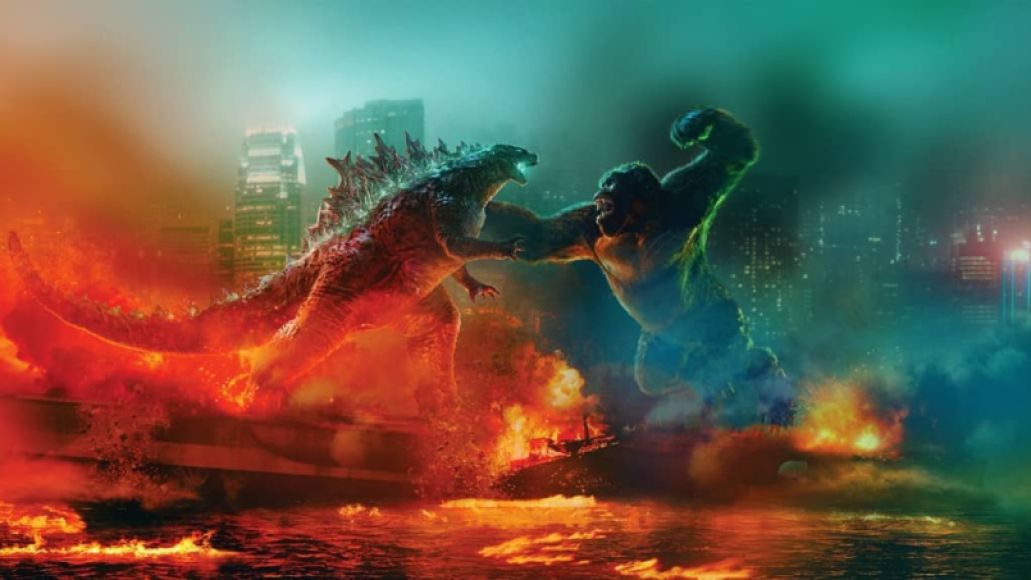 Stomps and Stumbles: It’s clear a lot was left on the cutting room floor given the limited screen-time of Kyle Chandler and Lance Reddick, in addition to the lack of a reprisal by Zhang Ziyi’s Dr. Chen twins (despite being cast). While these omissions are unfortunate, they admittedly work in the movie’s favor by keeping things lean and the pacing fairly consistent. What wasn’t cut, however, are the myriad homages to Ishirō Honda’s original King Kong vs. Godzilla, which should bring a smile to the die-hards.

The Verdict: Smiles will surface, regardless, as Godzilla vs. Kong is pure escapism and tremendously fun. Legendary clearly took constructive criticism to heart by tinkering with the pitfalls of its Monsterverse, all of which makes for a stylish theme park ride that rarely loses steam. Granted, the smash ’em and mash ’em action may not be for everyone (you have our sympathies), but for those starving for a rock ’em and shock ’em blockbuster, step into the ring with Godzilla vs. Kong.

Where’s It Playing? Godzilla vs. Kong stomps its way into theaters and onto HBO Max on Wednesday, March 31st.