The Pitch: Comprised almost entirely of home video tapes, audio recordings, and journal entries — interspersed with interviews conducted in the present day — ’90s child star Soleil Moon Frye reflects on her star-studded upbringing in Hollywood and grapples with the nature of growing up in front of the camera as she unearths firsthand accounts of stardom from her youth.

Teen Idol: At the risk of speaking too soon, 2021 seems like the year of documentaries about young women growing up in the spotlight. There was Framing Britney Spears, Billie Eilish’s The World’s a Little Blurry, and now kid 90. Though they have the same subject matter, they each tackle coming-of-age for young women in the limelight through three drastically different points of view.

Kid 90, crucially, is directed by Frye herself, and is composed in significant chunks of home videos that she personally recorded on a camcorder in the 90s — a novel piece of technology at the time, as is frequently noted by the star-studded cast of characters who appear in the home videos (everyone from Charlie Sheen to Dana Ashbrook to Mark McGrath). 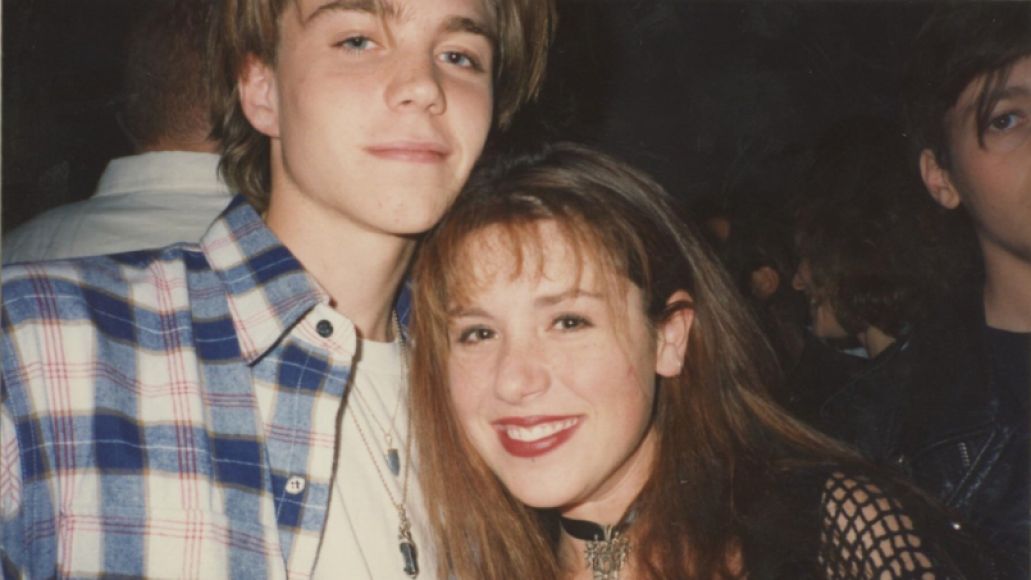 Someone watching with a more cynical worldview could easily call this sort of film a vanity project. Admittedly, the film is very personal and can, at times, feel a little ham-fisted and preachy when Frye is giving sincere, if a little saccharine, anecdotes about what she learned from growing up famous. Yet it’s also an incredibly unique approach to tackling the horrors of child stardom, and only one that could be borne from the mind of someone who experienced it and lived to tell the tale.

The first chunk of the film is the most by-the-numbers it gets as Frye speaks candidly about being in the limelight as an eight-year-old. (Particularly, the sudden, unexpected, and unwanted attention she attracted when her breasts developed rapidly around her 13th birthday. Things got so bad that Frye eventually got a publicized breast reduction.) The film touches on some essential, meaningful conversations surrounding child stars — especially, the dual expectation of preserving adolescence while also remaining conventionally attractive — but it’s the typical fare that fits right at home in any documentary about a child star,

It’s around the 20-minute mark that Kid 90 truly comes into its own. 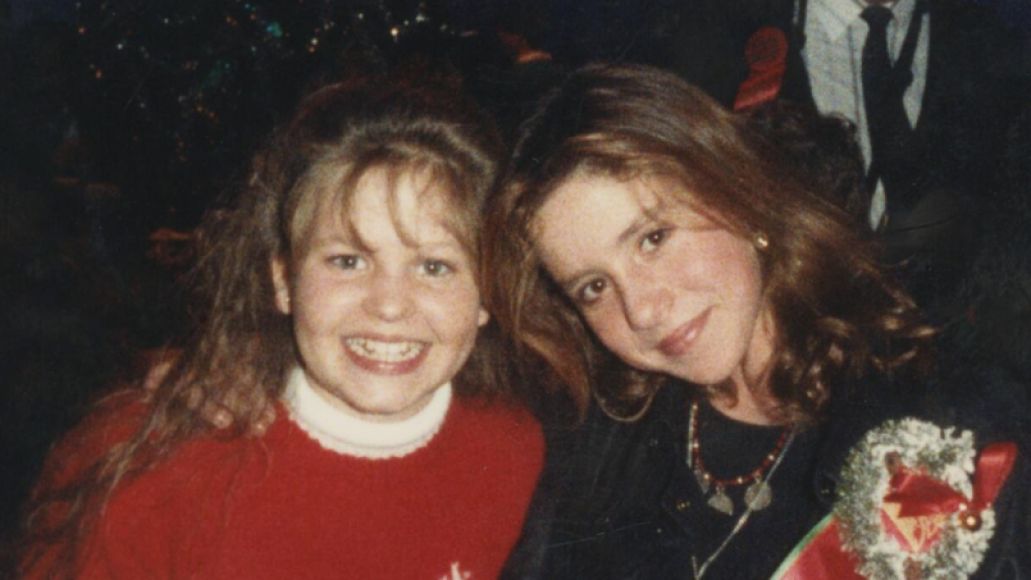 Girls Gone Wild: Not surprisingly, the most effective, engaging parts of Kid 90 are those that make substantial use of the oodles and oodles of camcorder footage that Frye captured. You couldn’t possibly manufacture anything that bleeds ’90s as organically as Frye’s home videos do: It’s nostalgic, breezy, raw footage of teens just being teens, whether it’s goofing off at Sea World, skateboarding together, or experimenting with handheld cameras for the first time.

When you’re not busy jotting down all the celebrities’ names that pop up (and trust me, there are more than you could possibly count), you’ll also note just how funny the documentary can be at times. One memorable sequence features Frye giving speeches at anti-drug events, intercut with footage of her taking mushrooms and trying all sorts of experimental drugs with friends.

It’s exactly the kind of “sex, drugs, and rock ’n’ roll” shenanigans that one might connect with a ’90s starlet, but the footage has such a raw, genuine sincerity to it that the content remains substantial, even as the glamor and humor of these exploits fade away. 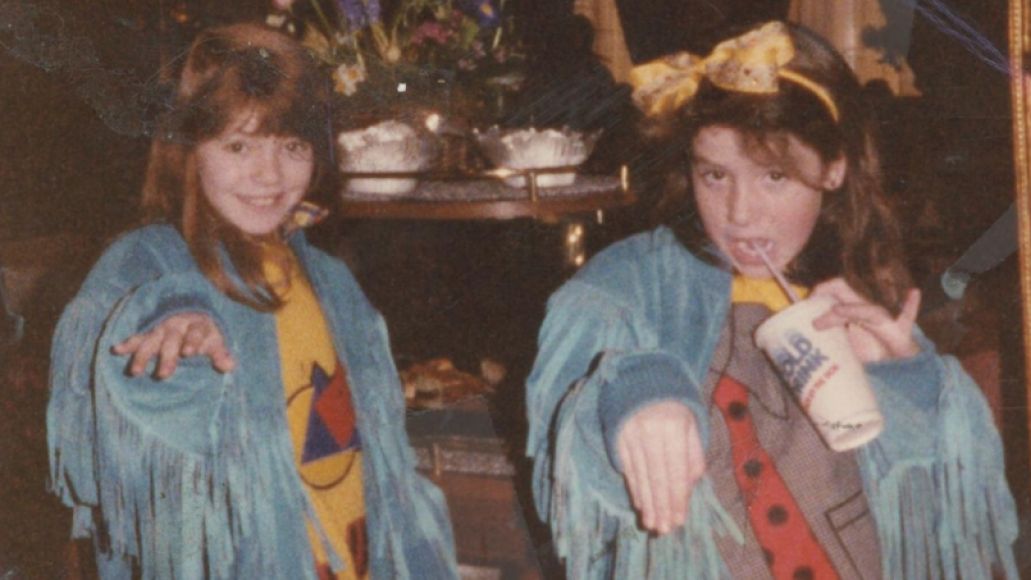 If I Could Turn Back Time: But, as fun as all that raw footage is, what really makes Kid 90 worth the watch is how Frye reflects on the footage, and the nature of what it means to have systematically chronicled her youth. Much of the film’s runtime towards the third act is dedicated to memorializing all of the friends Frye made who passed away at tragically young ages. People she new while living in LA like Jonathan Brandis and Rodney Harvey, and later, friends from New York like Justin Pierce and Harold Hunter. Particularly devastating are Frye’s admissions to the viewer that, as she was watching the tapes, she realized how many of her friends who hurt themselves or took their own lives were calling out for help. She just wasn’t listening.

The guilt one carries over losing a friend is nearly insurmountable on its own, but to see Frye watch videos of her now-deceased friends talking about how they want to hurt themselves is particularly brutal. It’s the kind of universally impactful picture that you don’t need to be a child star to understand. And it’s through this lens that the film tackles a number of subjects, including Frye’s romantic relationships and a shocking revelation that one of her first sexual encounters ended in rape. Frye herself admits that it wasn’t until she watched the tapes that she realized how much of her life (either deliberately or subconsciously) she misremembered — a testament to the power of being presented with your past so plainly as Frye was.

Though it’s certainly painful, it’s also healing — like an admission of sorts that must be borderline therapeutic. You can see it in the look on Frye’s face and the body language of the remaining friends that she interviews They’re all floored by these chronicles of their youth, and how much pain, regret, and joy they get from being to unlock this part of their past that (until now) only existed in memory. Kid 90 creates a fascinating, unique experience in which the audience gets to watch someone come to terms with their past in real time, in front of the camera, and it’s so emotionally stirring you can’t help but be enveloped by the magic of this unearthed nostalgia.

What’s Streaming on Hulu in March 2021

The Verdict: Though clumsily paced and in need of a little more structure, Soleil Moon Frye’s Kid 90 is an achingly personal insight into what it means to truly understand and connect with your past, disguised as a documentary about the perils and pitfalls of childhood stardom in the blossoming age of technology.

Where’s It Streaming? Flip on the camcorder and catch the doc when it drops on Hulu.

Kid 90 Is A Personal Portrait of '90s Teen Celebrity: Review