In lieu of an in-person festival this summer, Glastonbury has announced the Live at Worthy Farm livestream event for May 22nd.

With the long-standing music festival canceled for the second year in a row due to the pandemic, Live at Worthy Farm will give fans around the globe a chance to return to the iconic sight of the annual gathering, if only virtually. Performances from Coldplay, Damon Albarn, HAIM, IDLES, Jorja Smith, Michael Kiwanuka, Wolf Alice, and Kano will be shot from Glastonbury landmarks like the Pyramid Field and Stone Circle. DJ Honey Dijon will spin between sets to keep the livestream moving, and “a number of unannounced surprise performances” are also promised.

The five-hour event will also include “a spoken word narrative, written and delivered by some very special guests, guiding Festival-goers on a journey through the sacred valley in Somerset,” according to a press release. Grammy-nominated documentary and concert film director Paul Dugdale (Taylor Swift: Reputation Stadium Tour, The Rolling Stones Olé, Olé, Olé!) will shoot the livestream.

In addition to helping ensure Glastonbury can return for real in 2022, the ticketed event will benefit Oxfam, Greenpeace, and WaterAid. There will also be a limited edition line-up poster for sale, with proceeds supporting the live product welfare fund Stagehand.

Live at Worthy Farm will broadcast across the world, with airings staggered across four time zones. The UK, Europe, Africa, and the Middle East will get it first at 7:00 p.m. BT/8:00 p.m. CET, followed by the East Coast of North America and both Central and South America at 6:00 p.m. CT/7:00 p.m. ET. The North American West Coast stream will start at 7:00 p.m. PT, with Australia, New Zealand, and Asia getting their broadcast at 4:00 p.m. ICT/7:00 AET. 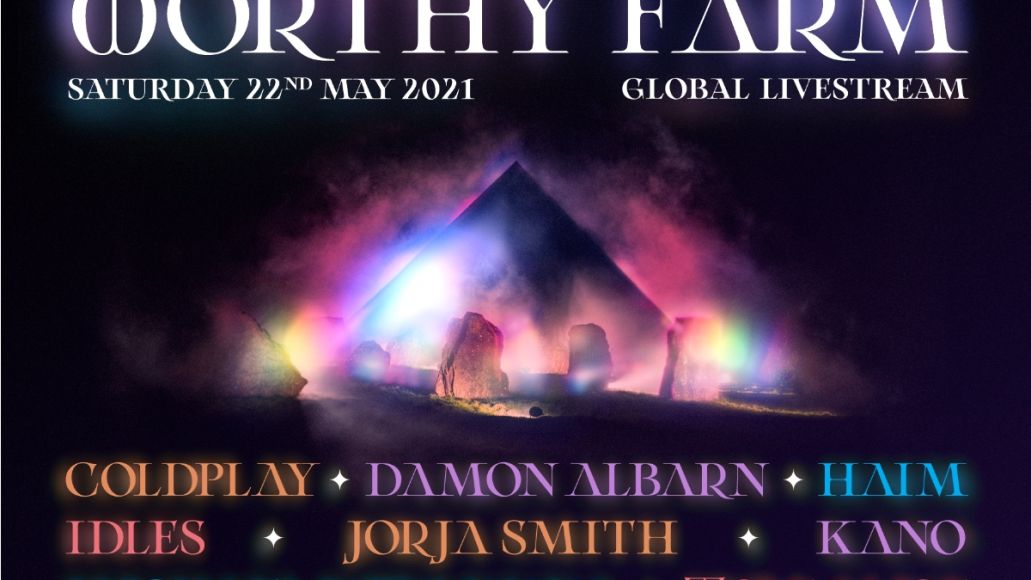