The 2021 Grammys were one of the smoothest award ceremonies in recent memories, and the proceedings never felt more well-lubricated than when Cardi B and Megan Thee Stallion performed their smash hit “WAP” live for the first time.

That climactic moment didn’t come without foreplay. The song was preceded by a medley of other songs, beginning with Megan, the newly minted Best New Artist, who turned up the heat with the Good News track “Body”. Dressed in Las Vegas showgirl glamour, she segued into “Savage”, which would go on to win the award for Best Rap Performance only a few minutes later. While Beyoncé herself didn’t join the stage, her voice was heard through the speakers, and Megan used that moment to bust into a dance break.

From there, the focus shifted to another side of the stage, as Cardi B appeared in suggestive silhouette. The Bronx rapper launched into her new single “Up”, by which time every soul in the room was ready to hear about the hoes in the house. The debut live performance of “WAP” featured a giant inflatable bed as well as a small forest of stripper poles. Even heavily censored, the set pushed against the boundaries of acceptable sexuality on broadcast television, and you can check it out below.

Besides that, you can peruse other Grammys performances including Billie Eilish, Taylor Swift, and BTS here, and stay up-to-date on the winners and losers with our constantly updating list.

Megan Thee Stallion and Beyoncé was also up for Record of the Year. Last month, Megan unveiled the new track “Southside Forever Freestyle”, hopped on Ariana Grande’s “34+35 (Remix)”, and linked up with Bobby Sessions for the Coming 2 America cut “I’m a King”. For Cardi B’s part, she recently became the first female rapper with a diamond-certified single for “Bodak Yellow”. 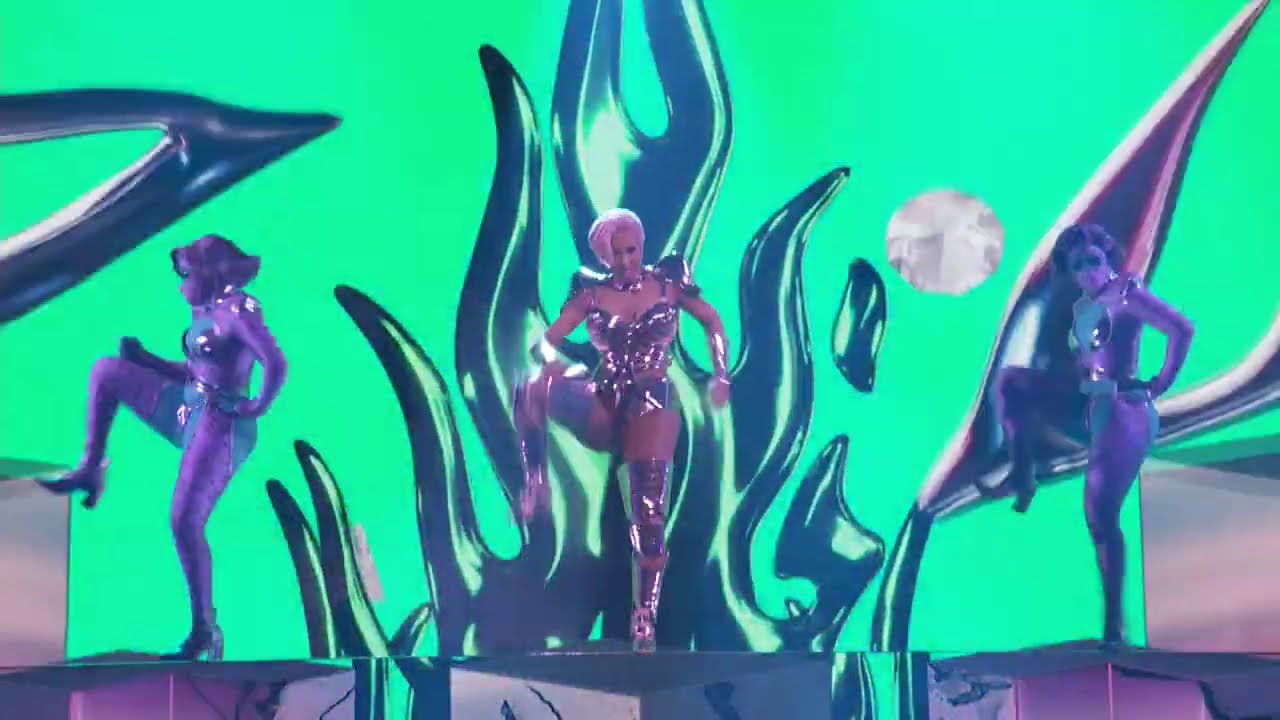