Full of wit and grace, Prine’s set at the 2017 Newport Folk Fest was a guest-heavy affair. Bon Iver’s Justin Vernon (making his first appearance at the Fest with the Bill Withers tribute Grandma’s Hands Band) came out for “Bruised Orange (Chain of Sorrow)”, followed by My Morning Jacket’s Jim James on “All the Best”, Margo Price for the duet “In Spite of Ourselves”, and Nathaniel Rateliff on “Sam Stone”.

The biggest surprise of all, however, was when Roger Waters and Lucius appeared for “Hello in There”. Waters, who had headlined the fest two years prior, was in the middle of his “Us + Them Tour”, but he and his collaborators flew in from the Midwest to sing with Prine on “Hello in There”. Yes, Waters traveled across the country to play one song, not even staying around for the full-lineup sing-a-long on closer “Paradise”. That finale also featured Nick Offerman, The Lone Bellow, I’m With Her, and many more.

Now, this legendary performance is being pressed to vinyl. The limited edition John Prine and Friends is a double-LP housed in a deluxe Stoughton old-style tip-on gatefold jacket. Though the vinyl isn’t expected to ship until October, pre-orders will receive an instant digital download.

Proceeds will benefit the Newport Festival Foundation in its ongoing charity work for musicians in need and music programs all over the country. The release is limited to just three copies per customer, and the Newport website warns “attempting to purchase more may lead to cancellation of your order.” Pre-order John Prine and Friends at the Newport Festivals website beginning March 23rd at 11:00 a.m. ET.

Below, find the front and back covers of the LP, the full tracklist, and a live video of Prine performing “That’s the Way the World Goes ‘Round” interspersed with clips from throughout the set.

It’s coming up on one year since the coronavirus took one of music’s most beloved artists, and the country-folk musician’s legend only continues to grow. That includes his recent posthumous wins for Best American Roots Performance and Best American Roots Song for “I Remember Everything” (his first No. 1 single) at the 2021 Grammys. 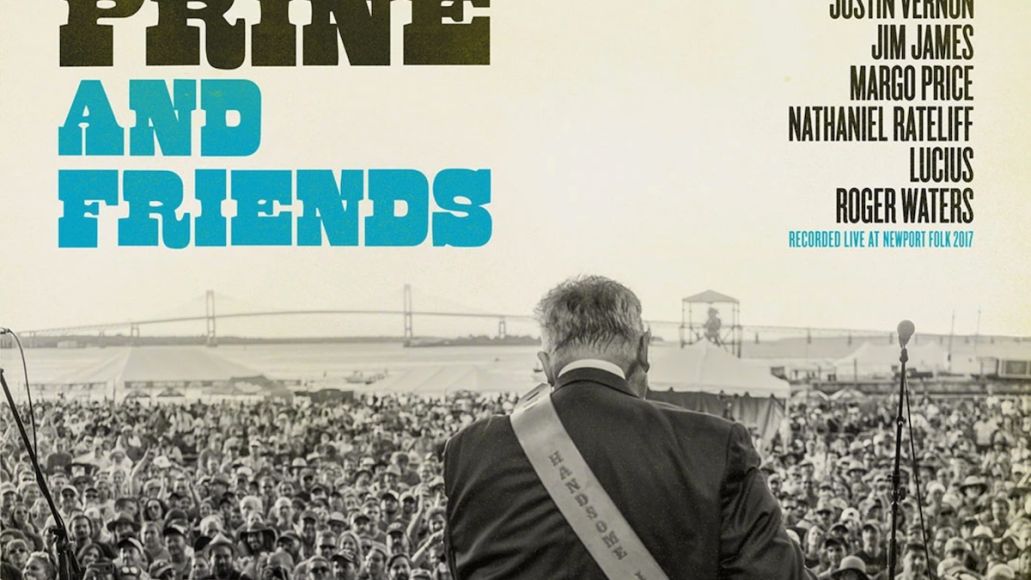 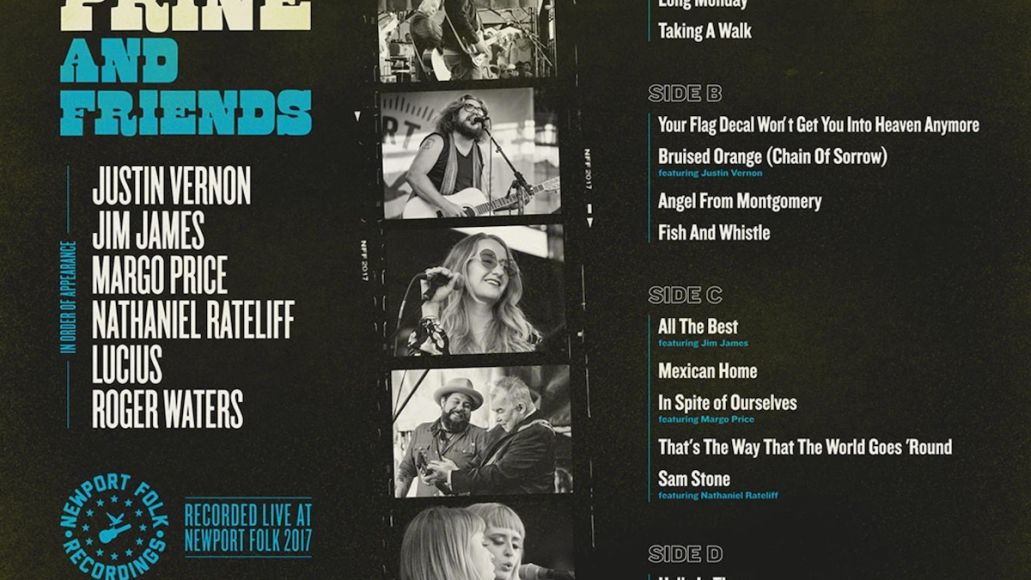