After teasing it for nearly a year, Lil Nas X has finally released his long-awaited new single “Montero (Call Me By Your Name)” alongside a dreamy music video. Stream it below.

Technically “Montero (Call Me By Your Name)” sounds nothing like Lil Nas X’s original breakout single “Old Town Road”, which stirred some controversy by being deemed too hip-hop for country radio before ultimately dominating the Billboard charts at large anyway. However, this new track aims for a similar unexpected mashup of sorts, blending low-key rap with a beat that recalls flamenco and reggeaton dipped in pop. It’s catchy, warm, and primed to become a summer hit.

“Montero (Call Me By Your Name)” derives its title from Nas’ birth name, which may explain some of the angelic life-versus-death themes present in the song’s music video that bring to mind cherubs. At one point in the clip, the Grammy-winning rapper can be seen floating in the sky with massive (and almost Sufjan Stevens-esque!) feathered wings before he gets lost in a handful of other angelic, heavenly scenes.

If he plays his cards right, Lil Nas X could continue the good fortune he experienced pre-pandemic last year. The rapper won two Grammys, put on a viral performance with BTS at the awards show, and ushered in a new round of remixes to celebrate his 7 EP. Late last year, he followed up “Old Town Road” with “Holiday”.

“Montero (Call Me By Your Name)” Artwork: 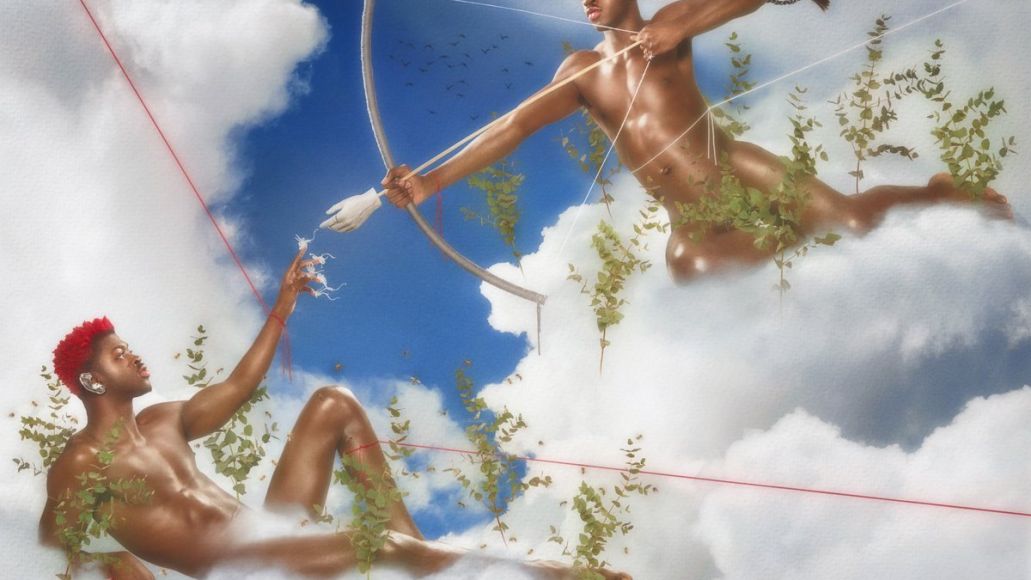