Puscifer have announced their second livestream event, dubbed “Billy D and the Hall of Feathered Serpents Featuring Money Shot by Puscifer”. The virtual concert goes live on April 17th at 5 p.m. ET and will be available for on-demand viewing.

As the name implies, Puscifer will be performing 2015’s Money Shot in its entirety, reviving the Lucha Libre wrestling themed performances of that album cycle. And like the band’s previous cinematic livestream, the upcoming show promises eye-popping costumes and set pieces, with Puscifer performing at the historic Mayan Theater in Los Angeles.

“In this prequel to his alleged abduction during Existential Reckoning, we find Billy D trudging through what has been referred to as the Bermuda Triangle of the Southwest,” singer Maynard James Keenan explained in a typically cryptic statement about the performance. “As is common within the Puscifer Vortex, Time and Logic have no home out here. Let that go. Just strap in for another magnificent ride through our collective Grey Matter.”

Added guitarist Mat Mitchell: “While looking both forward and backwards, we stumbled into The Hall of Feathered Serpents. The perfect site to pay homage to the Money Shot album and tour.”

The last Puscifer livestream, “Existential Reckoning: Live at Arcosanti” — which saw the band performing their latest album, 2020’s Existential Reckoning — took place amidst the Arizona desert, creating an otherworldly setting. A healthy dose of absurdist comedy was accompanied by a stellar hi-fi audio experience, as we remarked in our review of the show.

Early bird tickets (starting at $19.99) for the “Money Shot” livestream and exclusive merchandise for attendees is available via Puscifer’s live website. Check out the trailer and event poster below. 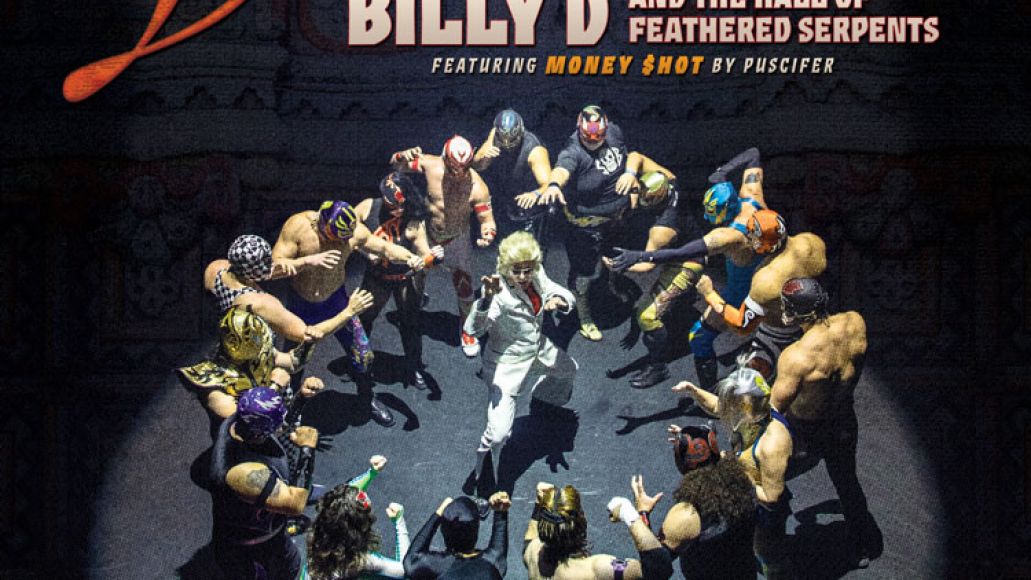