Organizers of two major US rock festivals are counting on a relative return to normal this summer, officially announcing the lineups for Wisconsin’s Rock Fest and Michigan’s Upheaval Festival today (March 31st). Rob Zombie, Korn, Staind, and Chevelle are among the bands set to play both fests, while the bigger Rock Fest will also feature Limp Bizkit, Snoop Dogg, Danzig, and more — provided that the events are able to go off as scheduled.

Rock Fest in Cadott, Wisconsin is a long-running annual event, while Upheaval in Grand Rapids, Michigan was supposed to stage its inaugural festival last year. Both were called off in 2020 due to the pandemic, so the 2021 lineups are fairly similar to the ones that were set for last year. The big difference is that Disturbed has dropped off both events and Slipknot will no longer be on the Rock Fest bill. In their place, Rob Zombie and Korn have stepped into the headlining slots for both festivals, while Danzig has been added to Rock Fest.

While the pandemic is still very much active in the United States, with roughly 66,000 new COVID-19 cases per day, a rollout of vaccines has stirred up optimism, as far as the concert industry opening back up again. Today, the massive Bonnaroo festival in Tennessee announced its 2021 lineup for September, while Slipknot frontman Corey Taylor recently announced a socially distanced spring U.S. solo tour.

For full ticket info and more information, visit the official Rock Fest and Upheaval Festival websites. See the full lineups in the posters below. 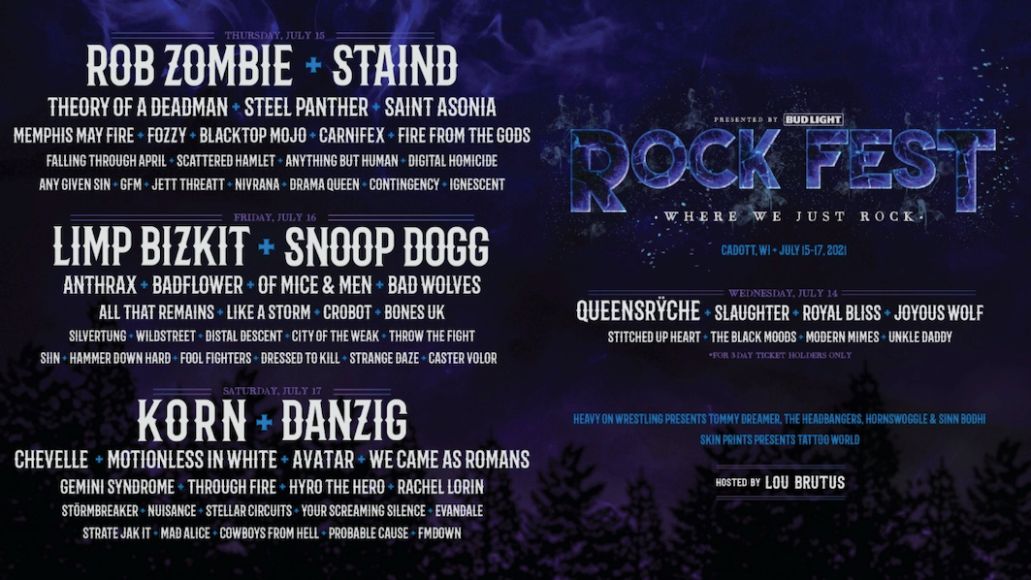 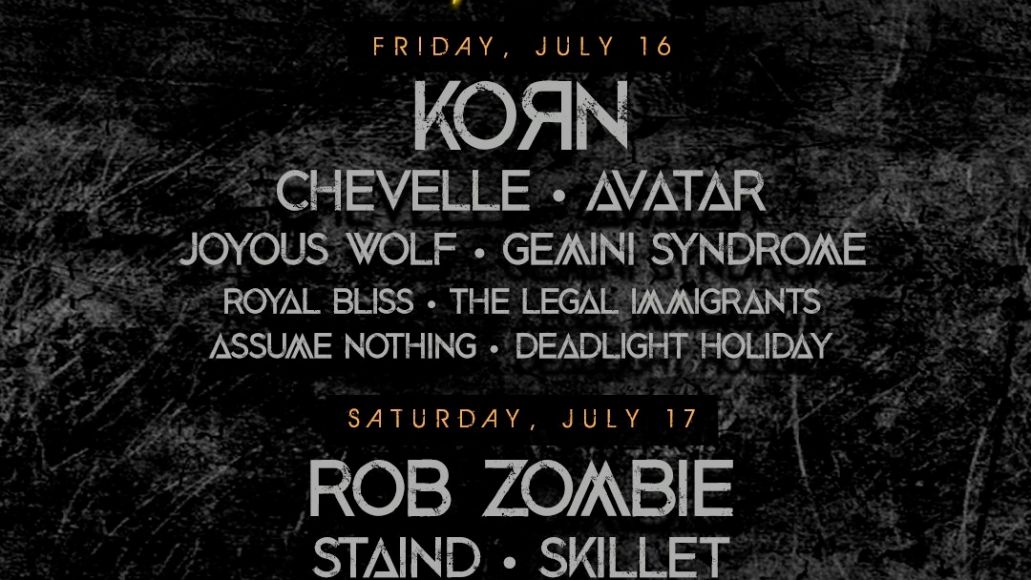