The 26-year-old MC has been busily writing guest verses and working with his Pivot Gang on releases like their 2019 album You Can’t Sit With Us, and so it’s hard to believe it’s already been three years since his last solo full-length Care for Me. But as the latest tracks demonstrate, his presence is as charming — and his flows as challenging — as ever.

“Ziplock” comes with a beat by D.Phelps and Coop The Truth with Karim Hutton on bass and Justin Zim handling guitar. Saba layers his internal lines like a master chef layering lasagna. When he spits, “I come from the part of town I talk about, where chalk get outlined if you blink,” the vowels on “part,” and “town,” “talk,” and “chalk,” create miniature echoes that put some extra pop in the flow.

The second single, “Rich Don’t Stop”, was produced by frequent collaborators daedaePIVOT and Daoud. From an MC like Drake, “Rich Don’t Stop” would be a celebration of accumulation, but Saba’s purpose is darker. He talks about the “grind don’t stop,” as well as the tears, the fear, the shit, and so many of the bad things in life. This is a frank appraisal of a hustling lifestyle that chews people up and spits them out. He raps, “Have to get rich with thе pass and assist/ Or grappin’ a sack and a stick to attack where you live.”

The two songs come with one music video medley directed by Ian Liption, and you can check it out below. Previously, Saba shared the double-singles “Mrs. Whoever” and “Something in the Water”, and “So and So” and “Areyoudown? Pt. 2”. He recently guested on the Denzel Curry and Kenny Beats remix EP UNLOCKED 1.5. 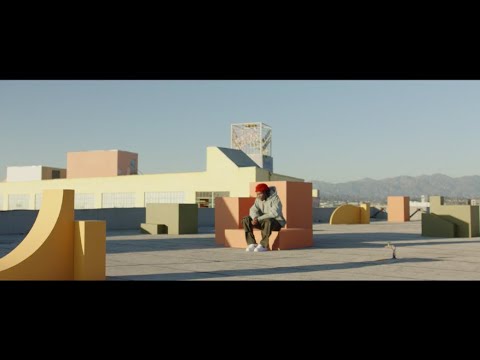