Late last month, J Balvin gave us a preview of his as-yet-untitled new album with a song called “Ma’ G”. Now, the reggaetón superstar is back with a new bop called “Tu Veneno”.

The release of this one is a little less bombastic than “Ma’ G”‘s unveiling, which premiered during a titanic boxing match between Canelo Alvarez and Avni Yildirim. “Tu Veneno” (which translates to “your poison” in English) is arriving under more normal circumstances, but it’s an equally catchy and dance-able slice of reggaetón gold. Take a listen below.

There’s still no word on what Balvin’s upcoming album will be called or when it will arrive, but those details will likely emerge in the coming weeks. When it does finally surface, the record will be Balvin’s first full-length since his massively successful 2020 album Colores. Until then, it seems like he’s having a great time dropping singles and continuing to ride the high of his July 2020 hit “UN DIA (ONE DAY)” with Bad Bunny and Dua Lipa.

Balvin himself will headline the whole shebang, and the rest of the lineup will be revealed in due time. In the meantime, check out the colorful event poster below while you jam out to “Tu Veneno”. 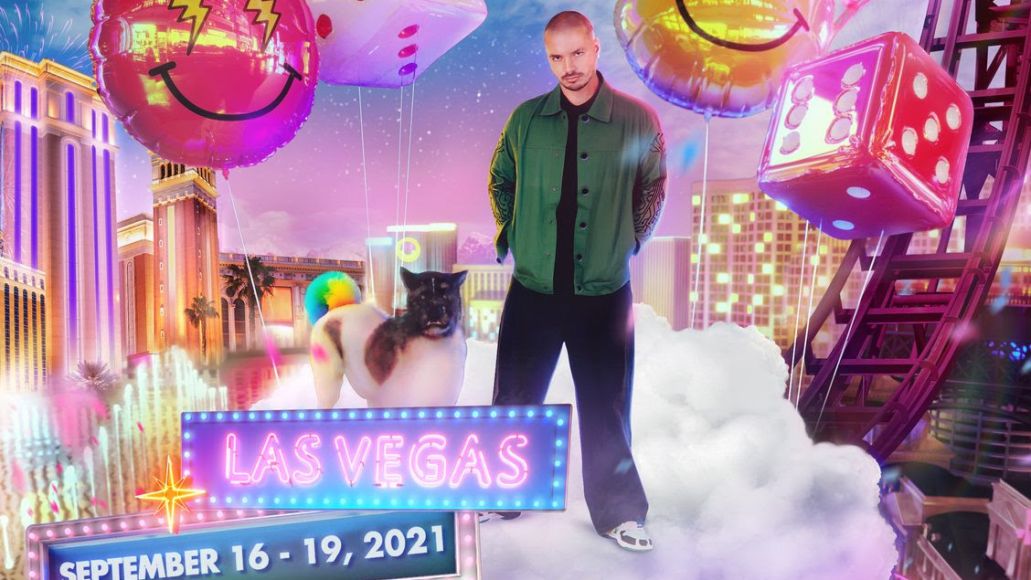