Editor’s Note: The following review is part of our coverage of the 2021 South by Southwest Film Festival. Stay tuned for further reviews straight outta Austin — well, virtually, of course. Below, Jenn Adams dances in the darkness with Barbara Crampton’s latest feature.

The Pitch: Anne Fedder (Barbara Crampton) is the epitome of a church mouse. Married to Pastor Jakob Fedder (Larry Fessenden), she dutifully stands by his side as he cares for his flock and listens to his sermons on what a good wife should be. But something strange is happening to Anne. She’s got a new look, a newfound swagger, a new bite mark on her neck and a new thirst for blood. During a clandestine tryst with a former flame, Anne is attacked by a vampire and begins to transform into one herself. Rather than fear this change, though, Anne is surprised to find that she likes this new version of herself.  But what will Jakob think?

Jakob’s Wife is something of a passion project for Crampton, and the horror icon is clearly having fun as a repressed Pastor’s wife finally finding herself. She’s the bright spot of the film, and it’s a joy to see her in such a personal role. However, this is balanced with a messy plot and a thinly defined villain. Though the story is big, bold, and drenched in blood, director Travis Stevens fails to fully interrogate its feminist message, making Jakob’s Wife a fun horror comedy that has perhaps bitten off more than the story itself can chew.

Bloody Good Fun: Jakob’s Wife is a throwback to the bloody vampires of the EC Comics and Creepshow gore. Victims are not delicately bitten with seductive kisses, but ripped apart and devoured, spraying blood all over the place. After Anne is bitten, she does not gracefully waste away, but returns home traumatized and drenched in her own blood. The Nosferatu-inspired head vampire, known as “The Master” (Bonnie Aarons), possesses his victims, causing them to harm (or pleasure) themselves. While occasionally gratuitous, the effects are fun and fitting for this darkly comedic story.

Though it deals in classic iconography, Jakob’s Wife is inherently progressive, or at least it wants to be. When not biting chunks out of necks and sending his army of rats to devour victims, the Master delivers a message of liberation and empowerment. He does not wish to possess, but relinquish, offering a life outside of patriarchal oppression. And while this ideology is not fully explored, and often depicted as monstrous, it’s an interesting turn on an old story. 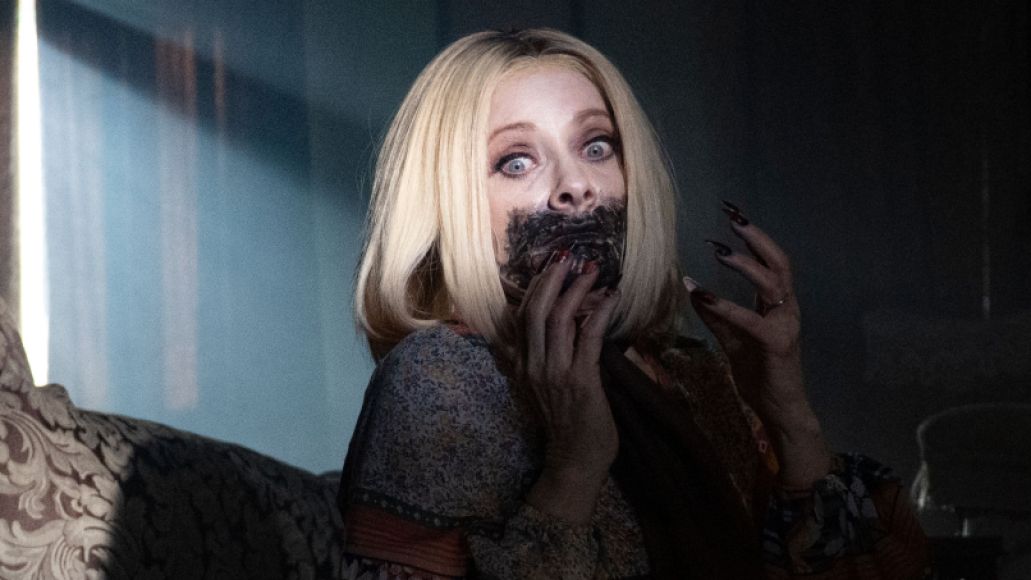 Who Are You? As the name implies, Jakob’s Wife is not only about vampires; at its heart is a woman constantly being told to uncover her true self. While Anne’s turning could be read as a sexual awakening, it comes from realizing she is allowed to have desires of her own rather than from the men who desire her. In other words, she is finally able to see that the comfort and stability her marriage affords her has changed her into someone she doesn’t recognize.

Throughout the film, Anne studies herself in the mirror, but it is only after she’s bitten that she likes who she sees. With this admission comes a newfound confidence to change not only her appearance, but also her life. She begins to make choices for herself rather than for her husband, and the film is strongest when exploring Anne’s rediscovery of her own identity. 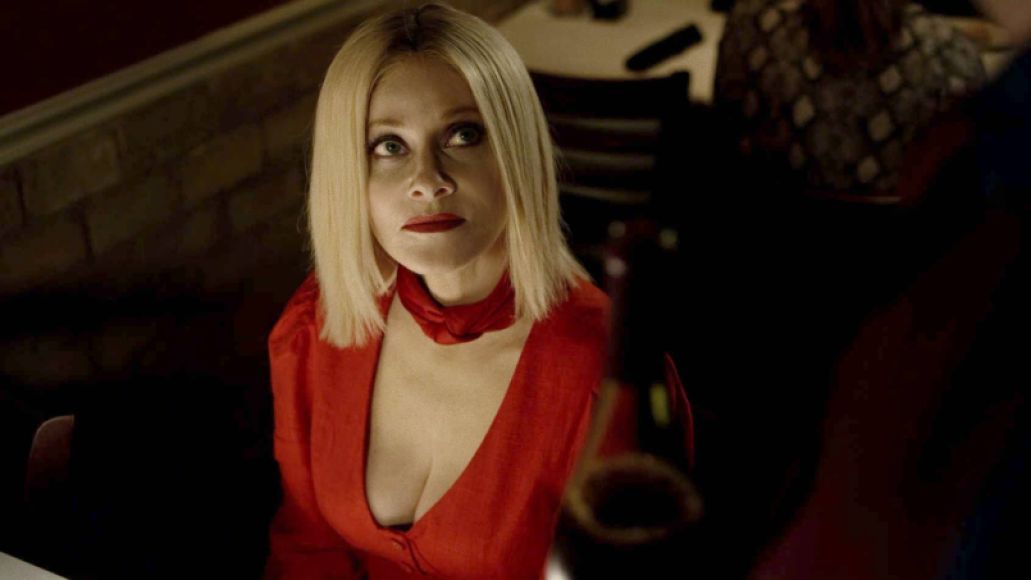 Monstrous Feminine: While themes of empowerment and self-actualization are refreshing, what’s troubling is the film’s depiction of feminism. The Master is offering Anne permission to stop seeking approval from her husband, but to find it within herself. Yet Stevens doesn’t seem to know if the Master, and vampirist empowerment he touts, is a friend or foe. Anne must constantly fight against a hunger that would destroy everyone around her. But what is this hunger in the context of the film? Is it a hunger for power? Choice? Freedom? Autonomy? And are we supposed to see this hunger as evil?

Jakob’s central mission is to destroy Anne’s path to empowerment, and while Anne discovers she likes who she is, her actions reveal a woman trying to repress her own desires in order to stay with a man who won’t support her true self. The two goals are diametrically opposed, and while Anne questions what she wants her life to look like, Jakob is never tempted to change his own mind. Even after seemingly accepting the new Anne, he still tries to cut off any outlet she might have for continued growth. Taking the decision out of her hands when it’s clear that it might cause her to rethink her marriage to him. Anne does speak up, but she wants to change his behavior instead of the system of beliefs those behaviors stem from.

Barbara Crampton on Loving Horror, Changing the Genre for Women, and Surviving the Pandemic

The Verdict: Jakob’s Wife is a fun throwback to gory vampire horror, but its gory surface covers some troubling implications. The problem lies in presenting two oppositional arguments and not fully interrogating either of them. The film’s ending is ambiguous, which is frustrating given the feminist stance it flirts with throughout the film. Ideally it would conclude with a better idea of who Jakob’s wife actually is, who she wants to be, and who she will become, but Stevens doesn’t take those risks. Anne is caught between her struggle with desire and fear of challenging the limitations she’s accepted. And while this is an internal battle many women can relate to, it’s time to move the conversation forward and start finding answers. 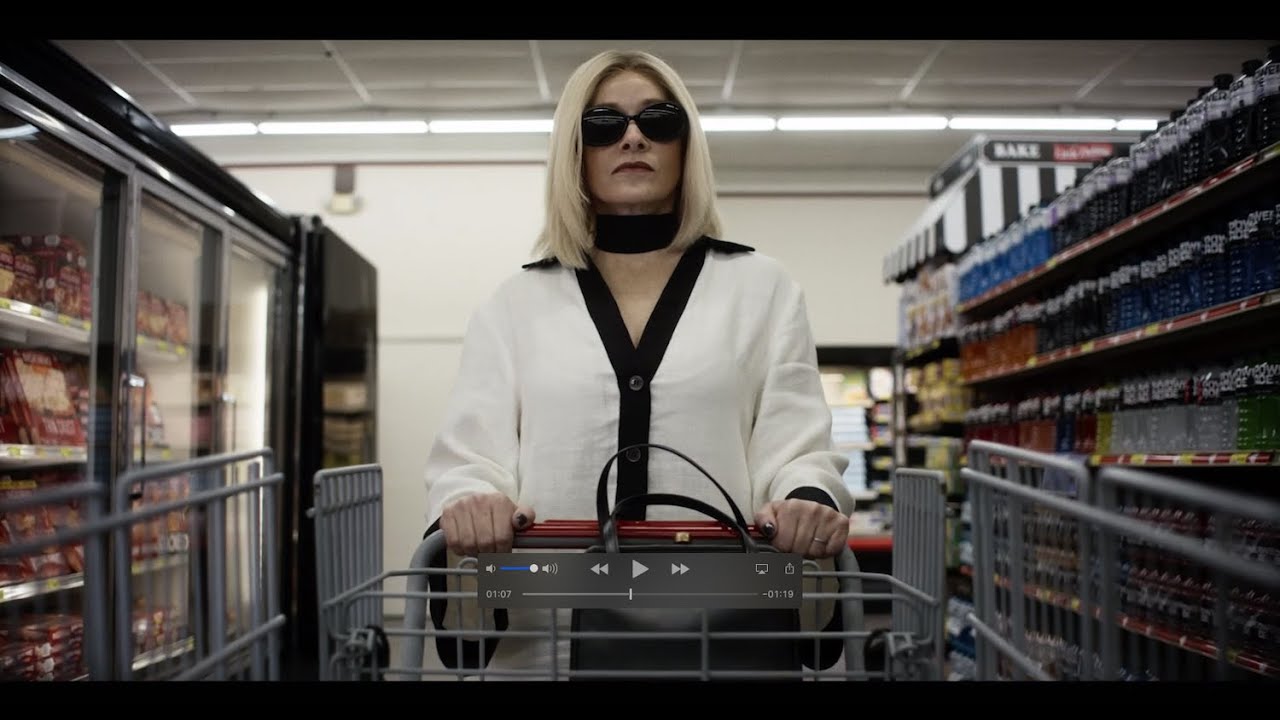