The Pitch: “You either die a hero, or live long enough to see yourself become the villain” as Harvey Dent said all those years ago. Well, the Mighty Ducks were never going to die, and they’ve since flipped the coin. Now, they’re the powerhouse team in the Twin Cities region, no different than Coach Reilly’s Hawks back in the early ’90s, and they’re in it to win it.

That’s bad news for young Evan (Brady Noon), who’s cut from the Ducks for not being good enough. Seeing her son defeated and humiliated, Evan’s mother Alex (Lauren Graham) rallies around the kid to form a new team of underducks. Though, as we learned through three Mighty Ducks flicks, it takes more than skates and speeches to start flying together.

Cobra Quack: It was only a matter of time before we’d see another franchise follow the footsteps of Cobra Kai. After all, Netflix’s The Karate Kid series has not only become a pop culture phenomenon, but has completely recalibrated the way Hollywood can capitalize on intellectual property. Tired are the days of one blockbuster reboot and wired is a future stocked with multiple seasons and dozens of episodes. Of course, not every franchise has the elasticity to warrant this kind of treatment.

The Mighty Ducks fits the bill, though (no pun intended), particularly since so much of the series is indebted to the seasonal structure of an actual, real-time hockey league. As we’ve seen with Friday Night Lights, this blueprint works like a charm and affords a cadence for viewers that feels both familiar and achingly natural. Better yet — or rather, more importantly — the source material spans three films, all ripe with countless arcs that should give the writers’ room threads to pull on for years. 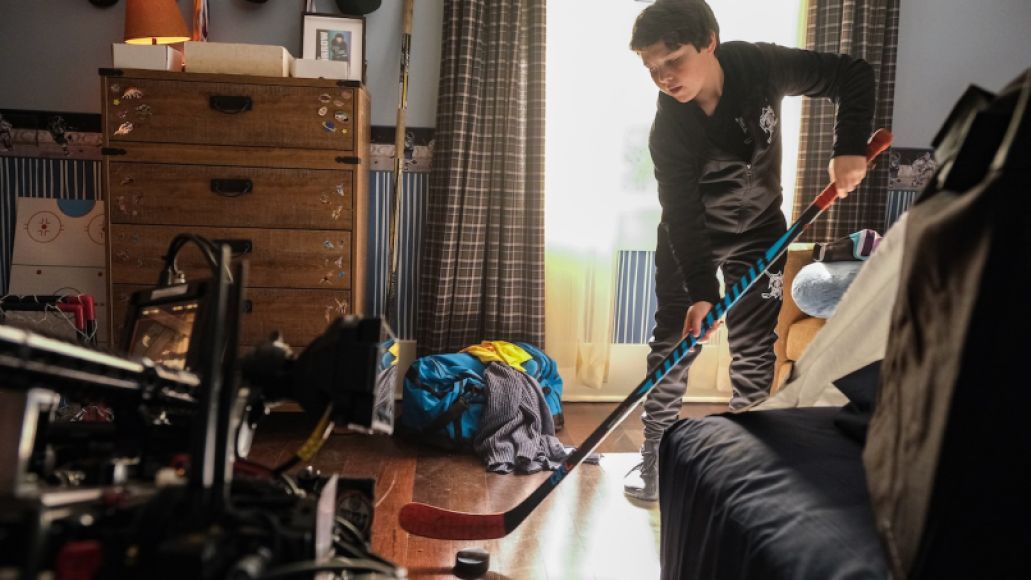 Yet three episodes into Game Changers and it’s clear that the series isn’t interested in hitting the ice with nostalgia. No, to their credit, creators Steven Brill, Josh Goldsmith, and Cathy Yuspa flex some incredible restraint in that area. Sure, there are cheeky references to catch  — the Hendrix sponsorship a la D2 was a nice touch — but the emphasis here is on the new generation. In other words, Emilio Estevez’s Gordon Bombay isn’t exactly the leading man like William Zabka’s Johnny Lawrence.

This isn’t necessarily a bad thing. Granted, diehard fans coming into the series will no doubt be jonesing for the Men at Work star to pop up, but let’s not forget, those voices are in the nosebleed section of the Mouse House. No, the real focus is on the kids stumbling upon this series at home, and Game Changers certainly gives them front row seats. Rest assured, this is a kid’s show first and foremost, and Brill and co. do their best to make that clear from the get-go. 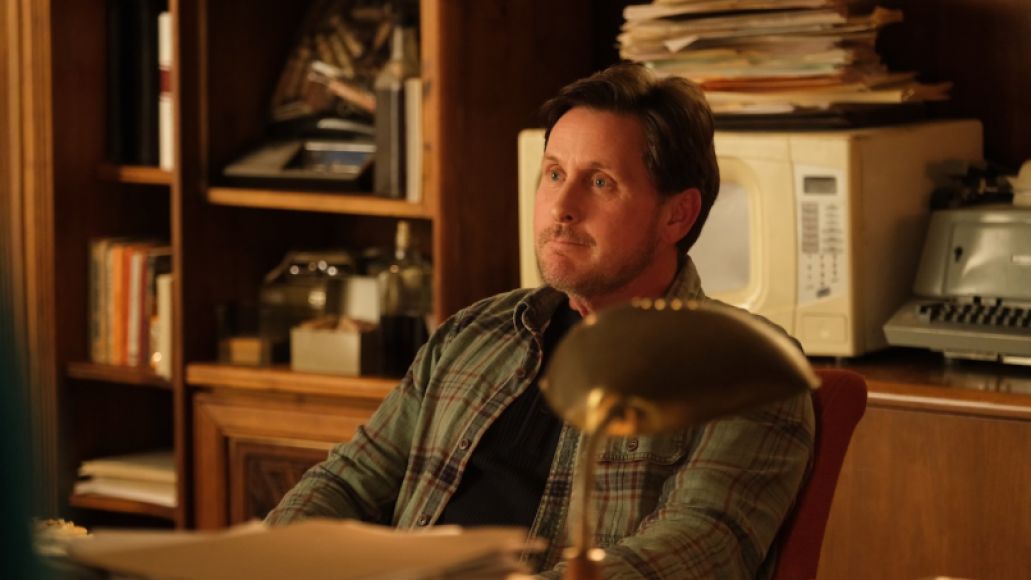 Someone I Once Knew: Having said that, Estevez does appear in every episode thus far, only he’s a man wearing some tough years on him. When we first reunite with Bombay, we discover he’s the owner of the Ice Palace, a worn-down ice rink where he spends most of his days either fixing his rusty Zamboni or eating leftover cake from kids’ birthdays. He’s cold, he’s cynical, and he hates hockey — a major juxtaposition from his days of eating ice cream with Icelandic babes.

It’s a wise move, though, giving the diehards their own underdog to root for amidst the next generation. What’s more, Estevez runs with this emotional veneer, dialing down the charm just enough so that when he does let out a glimmer of a smile, it’s hard not to feel giddy. That feeling is further exacerbated when he slowly lets his guard down with the surrounding kids. In these rare moments — again, at least so far — it’s like that chummy scene in Hook: “There you are, Gordon.” 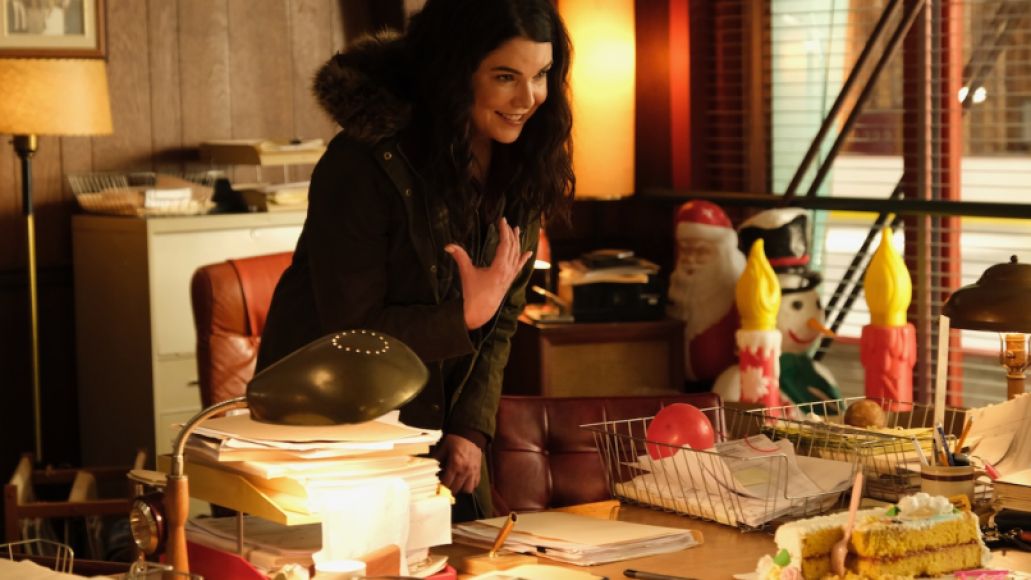 Maybe it’s because this writer is pushing 40 — let’s be real, it’s definitely because he’s pushing 40 — but the best moments with Bombay are those shared with Graham’s Alex Marrow. The two have a very Sam and Rebecca-like relationship, only Gordon’s taking notes from Kirstie Alley. Watching Graham chiseling away at his cold exterior is charming, though, and you can tell that Brill and co. have the most fun writing the interplay between the two seeing how it’s the show’s most natural dialogue.

So, please, more of that.

Most Valuable Duck: There are a ton of kids to parse through, but only one deserves a trophy so far. That would be Maxwell Simkins as Evan’s podcast-obsessed pal, Nick. He’s the quintessential Disney archetype, chock full of one-liners and trailer-ready expressions, but they actually work in the context of the series. If anything, he’s the only one bringing something to the table. The rest of the gang are either relegated to their own signature quirks or hampered by the melodrama. Not Simkins. He’s bringing the jokes, he’s bringing the heart, and he’s keeping the soul of this new team alive. Is this kid a duck or what? 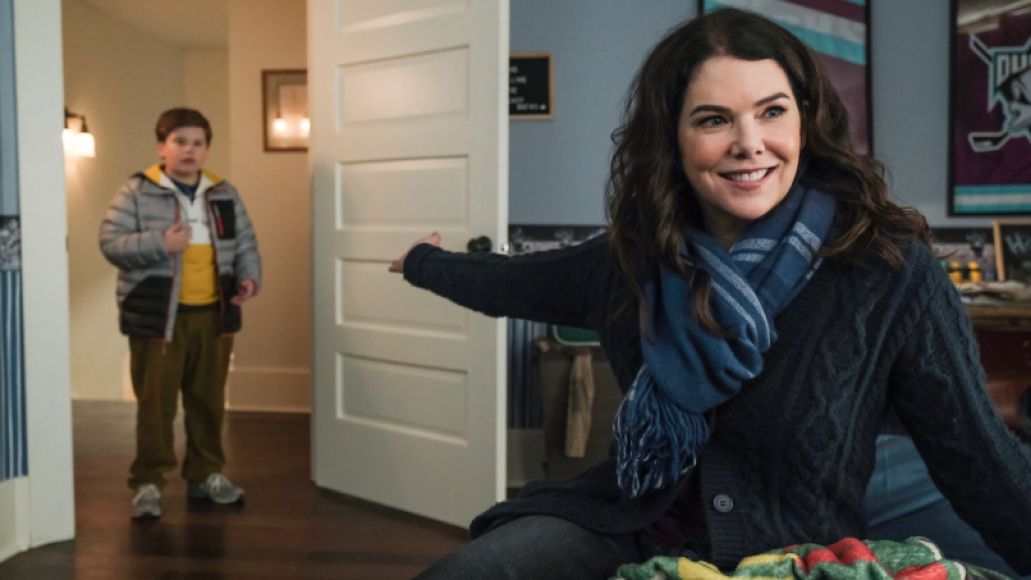 The Magic’s Back (Eventually): It’s three times the charm for Game Changers. That’s not to say the first two episodes are flops — not at all — but they’re admittedly somewhat lethargic. Whereas Cobra Kai strikes first and shows no mercy, cutting right to the chase with all the good feels, Game Changers keeps things on the ice. (You enjoying these puns? Or do you wanna kill me, already?) So, don’t expect to feel a little underwhelmed early on.

Looking back, though, it’s all table-setting. As the title for episode three implies, “Breakway” finds the show truly taking off. By then, the threads have coalesced enough that Brill and co. can start having some fun again in this world — and they do. Then again, it’s also no coincidence that this chapter sees the best of Bombay, and it also helps that his spiritual return to the fold is aided by the first great needle drop for a Disney+ original.

Without spoiling anything, fans of a certain Minnesota Miracle Man will be pleased.

What’s Streaming on Disney+ in March 2021

The Verdict: Like any rag-tag team, Game Changers is slow to start, but the potential is there. Whether the energy in “Breakaway” carries over into the rest of the season remains to be seen, but there’s enough magic in the air to keep skating along. And the fact that this series has yet to even scuff up the ice when it comes to the past films proves there’s lots of hockey left to play. (At the very least, you gotta stick around to reunite with Banks, Connie, and Averman — and they’re comin’.) Bottom line: Game Changers is breezy, escapist television, the kind that should help us all stop quacking for 30 minutes.