Deep into their illustrious career, alternative rock heroes Dinosaur Jr. are set to release their 12th studio album, Sweep It into Space, on April 23rd. It’s a testament to the enduring consistency of the band’s singer, guitarist, and central force J Mascis.

A gifted multi-instrumentalist, Mascis first established himself as the speed-demon drummer of Massachusetts hardcore band Deep Wound. From there, he’d form Dinosaur with fellow Deep Wound member Lou Barlow in 1984. Guided by Mascis’ twangy, pseudo-country vocals and an incendiary electric guitar assault, Dinosaur broke onto the scene something like the punk-rock version of Neil Young and Crazy Horse.

Eventually, tensions within the band would lead to Barlow’s exit; he’d go on to front the also successful indie rock band Sebadoh. Meanwhile, Dinosaur Jr., as they were now known, dropped most of the post-hardcore inclinations and became the vehicle for Mascis’ guitar wizardry and ever-improving songwriting chops. They’d become a mainstay on the alternative rock circuit with minor hits like “Freak Scene” and “Feel the Pain” prior to a hiatus from 1997 to 2005. In a triumphant reunion, Mascis and Barlow would patch things up, recording six more LPs together starting with 2007’s Beyond. This latter material stands as some of the finest by Dinosaur Jr. to date.

With his band still going strong, Mascis is widely considered one of the definitive guitar talents of the past 50 years, with an unmistakable signature sound that’s often imitated, but rarely duplicated. With the new album out this week, we decided to look back at his 10 finest moments of guitar mastery. 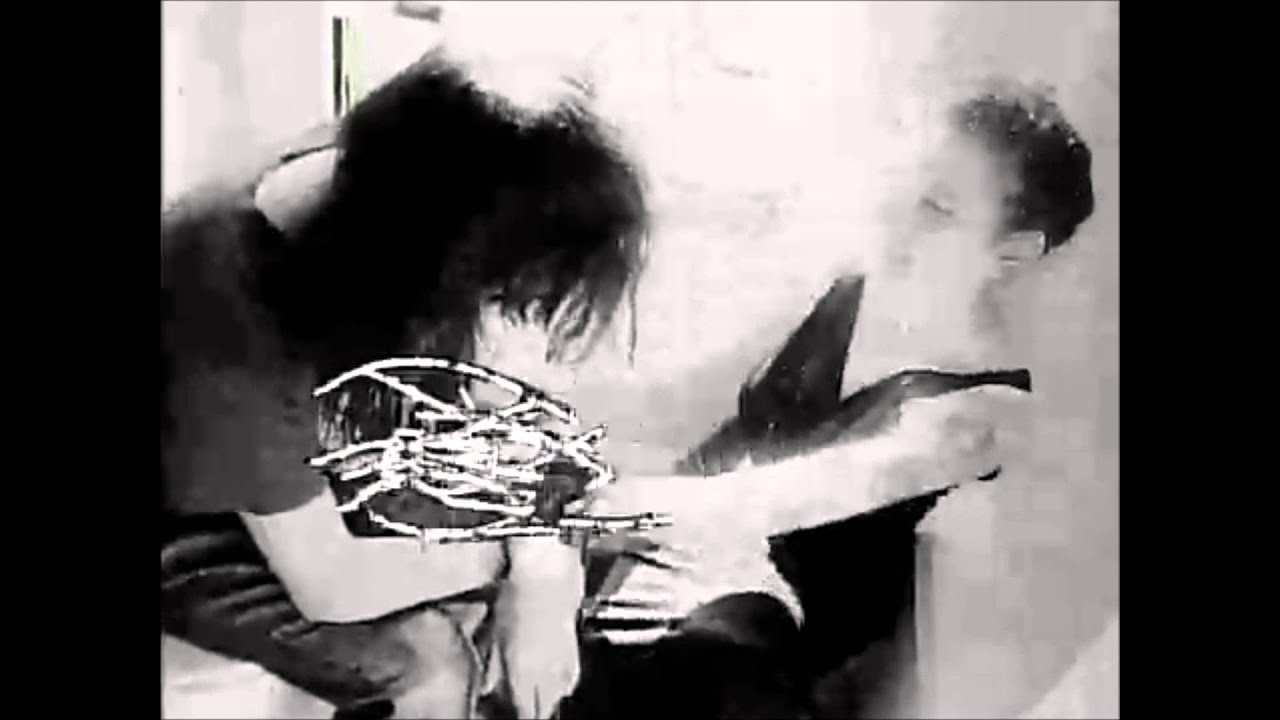 The first 20 seconds of “Little Fury Things” are transcendent, and for many, it was the first blast of Mascis’ guitar that they’d ever heard. The opening track from the seminal 1987 album, You’re Living All Over Me, also introduces the J Mascis “wind guitar,” as we’ll call it. A harsh gust rendered through ferocious wah-wah and backed by tortured screams from beyond … it almost sounds black metal. The song then breaks into the fractured country rock Dinosaur Jr. is known for, but that intro remains an unprecedented release of raw energy, especially at the start of an album. The musical equivalent of a primal scream. 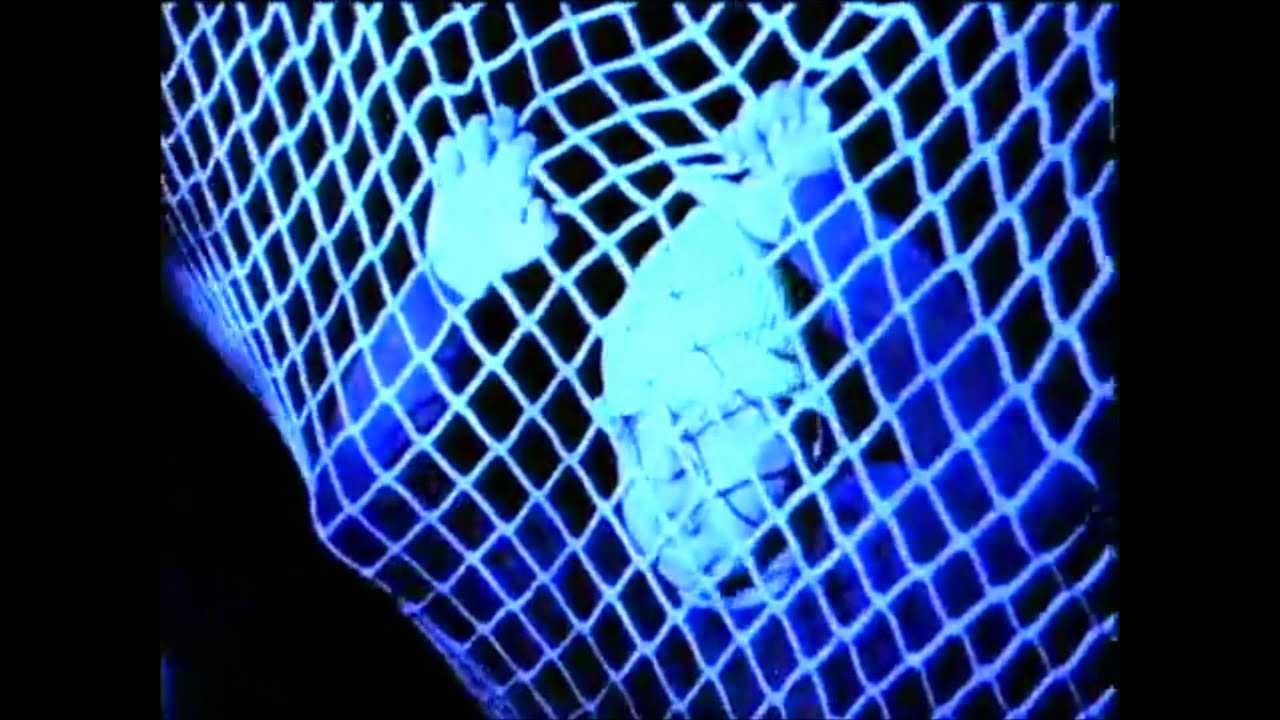 The Dinosaur Jr. sound would gradually shift toward more accessible territories as the ’90s progressed, and Mascis would show an uncanny ability to compose hooks on the guitar. One such earworm is the bouncy “Start Choppin'”. Combining infectious leads with massive power chords, it would become a staple track for the band after being chosen as a single for 1993’s Where You Been. The track’s laid-back attitude and positive vibe would soundtrack the times for the band’s growing fanbase, many of whom would discover Dinosaur Jr. during the era’s guitar renaissance (of which Mascis was a key pioneer). 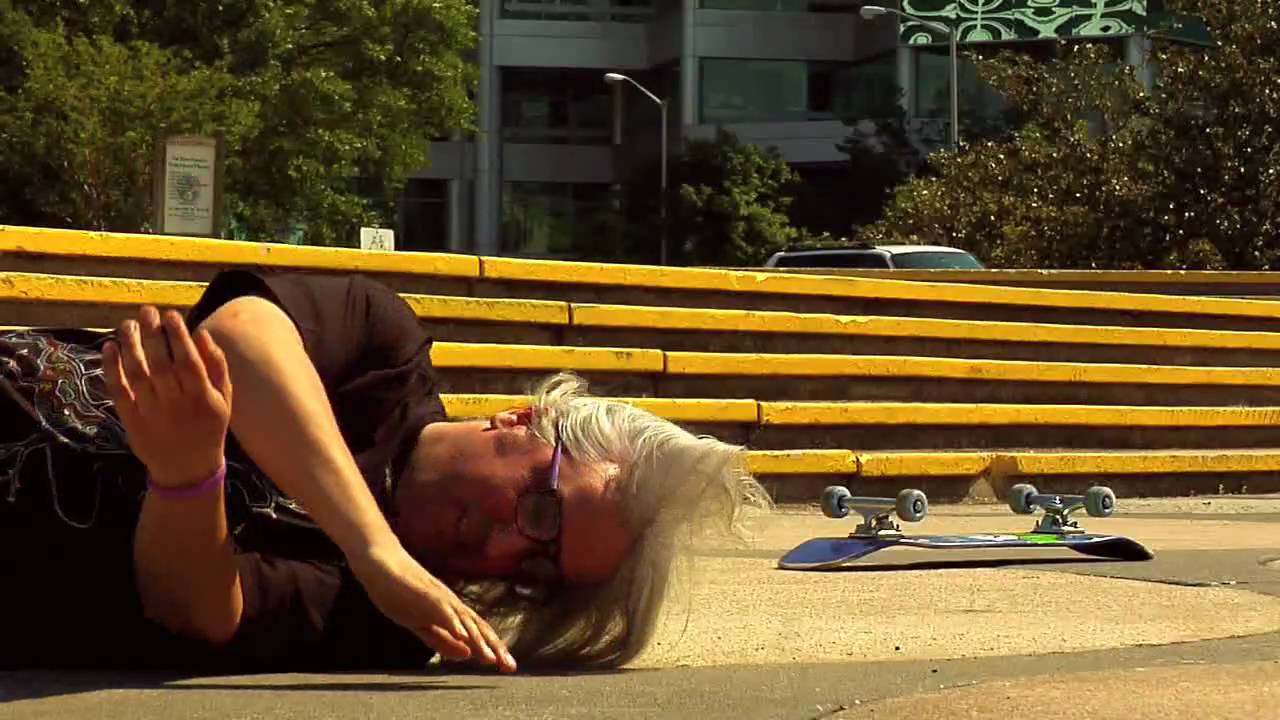 A true summertime anthem, “Over It” epitomizes Mascis’ mastery of the wah-wah pedal. A sound with dated blues connotations, he completely redefined how it could be used to stretch and extend guitar phrases and melodic leads. The opening riffs of “Over It” really do make you want to jump on a skateboard and pop some tricks, as depicted in the song’s music video where a then 43-year-old Mascis can apparently shred the pavement just as well as the guitar. A shorter song at under four minutes in duration, it’s a perfect bite-size example of the Mascis touch and a great introduction to Dinosaur Jr. for the uninitiated. 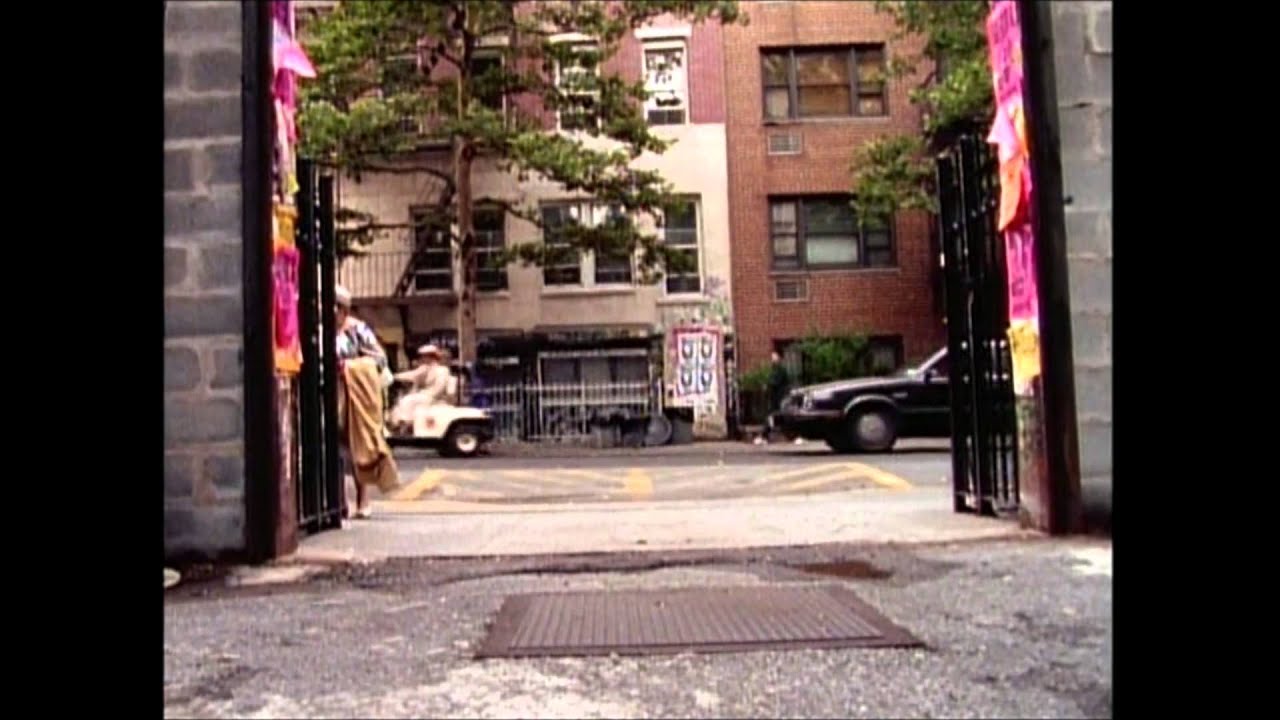 Maybe the most ubiquitous Dinosaur songs of the 1990s, “Feel the Pain” caught the MTV wave in 1994, becoming the closest thing the band had to a hit. The pleasant arpeggios during the verses recall Sonic Youth’s melodic material, but the serenity is split up by massive fuzz bombs from Mascis. While the more subdued atmosphere of 1994’s Without a Sound is apparent on “Feel the Pain”, the guitar fireworks still reign, proving that Dinosaur could be both badass and moody within the same song. A hilarious music video featuring Mascis and bassist Mike Johnson golfing in Manhattan helped boost the song’s popularity. It would peak at No. 4 on Billboard‘s US Alternative Airplay chart in ’94. 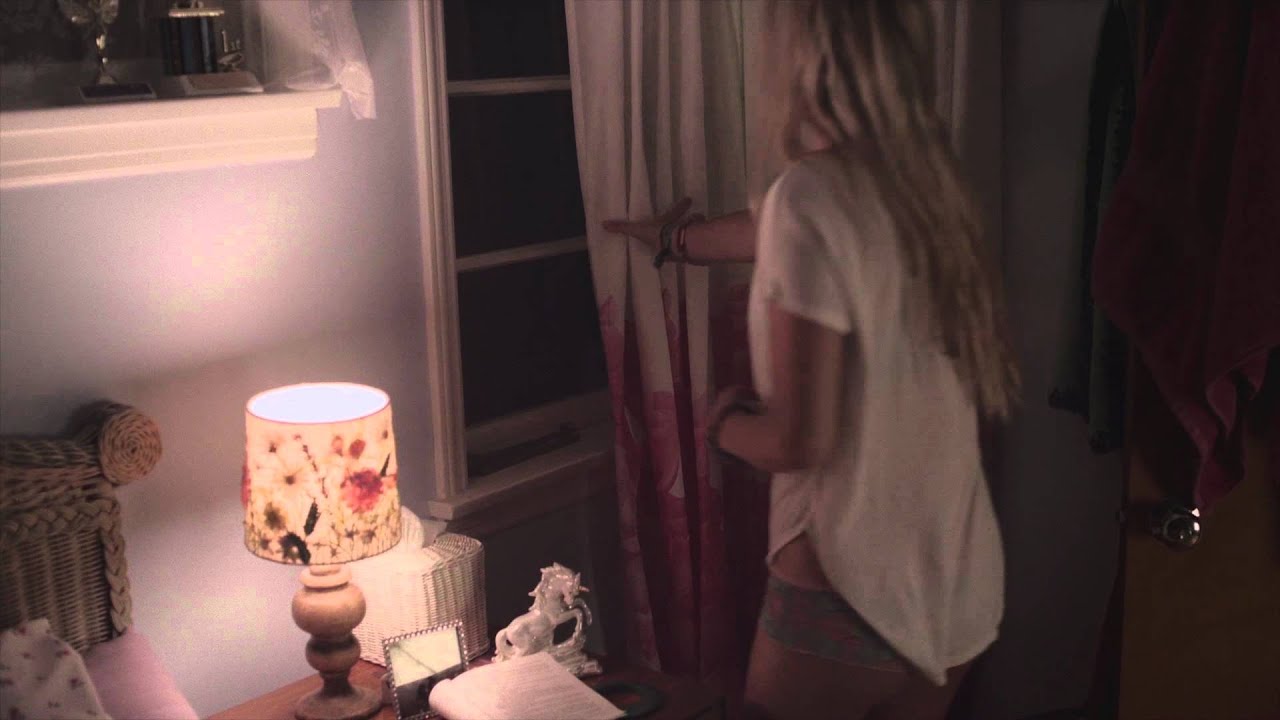 We could go on and on about the Mascis technique, but his mastery of tone also deserves recognition. With an arsenal of Fender guitars and Marshall amps at his disposal, Mascis has dialed in a warm, saturated electric sound for three-plus decades now. For example, take “Watch the Corners”, the 2012 single that highlighted I Bet on Sky. The use of the Big Muff fuzz is classic Mascis, but now with a modern recording sound that captures the full breadth of the sonic power. It’s one of best reunion-era Dinosaur tracks, full of the air-guitar moments we adore.

For fans disappointed in the softer leanings of Without a Sound, the J Mascis + The Fog side-project would fill the void, delivering copious guitar theatrics. Mascis teamed up with My Bloody Valentine’s Kevin Shields for 2000’s More Light, and the results speak to the duo’s combined virtuosity. The five-minute “Ammaring” stands as the LP’s finest moment of guitar genius — among many — as the song’s slinky R&B riff explodes into laser beams of feedback as Mascis unfurls torrential solos. Behind the board are two of the eras top guitar recordists, producer Phil Ek and mixing engineer John Angello, making this rare recording one to feast your ears on.

Beyond was the triumphant reunion of the original Dinosaur Jr. lineup of Mascis, Lou Barlow, and Murph. When Barlow left the band on rough terms (read: “The Freed Pig”), few could have anticipated he would eventually reunite with Mascis 16 years later — and that the comeback album would be so strong. Having Lou around really did seem to spark something in Mascis, who would unleash some his finest guitar work ever on Beyond and 2009’s Farm. A highlight of the era is the six-minute “Pick Me Up” from the former LP, the last three minutes in particular. He shreds with the ease of a seasoned master, touching emotional peaks that put him in the rare company of Neil Young, John Coltrane, and the select few who can lift the solo to lyrical heights. 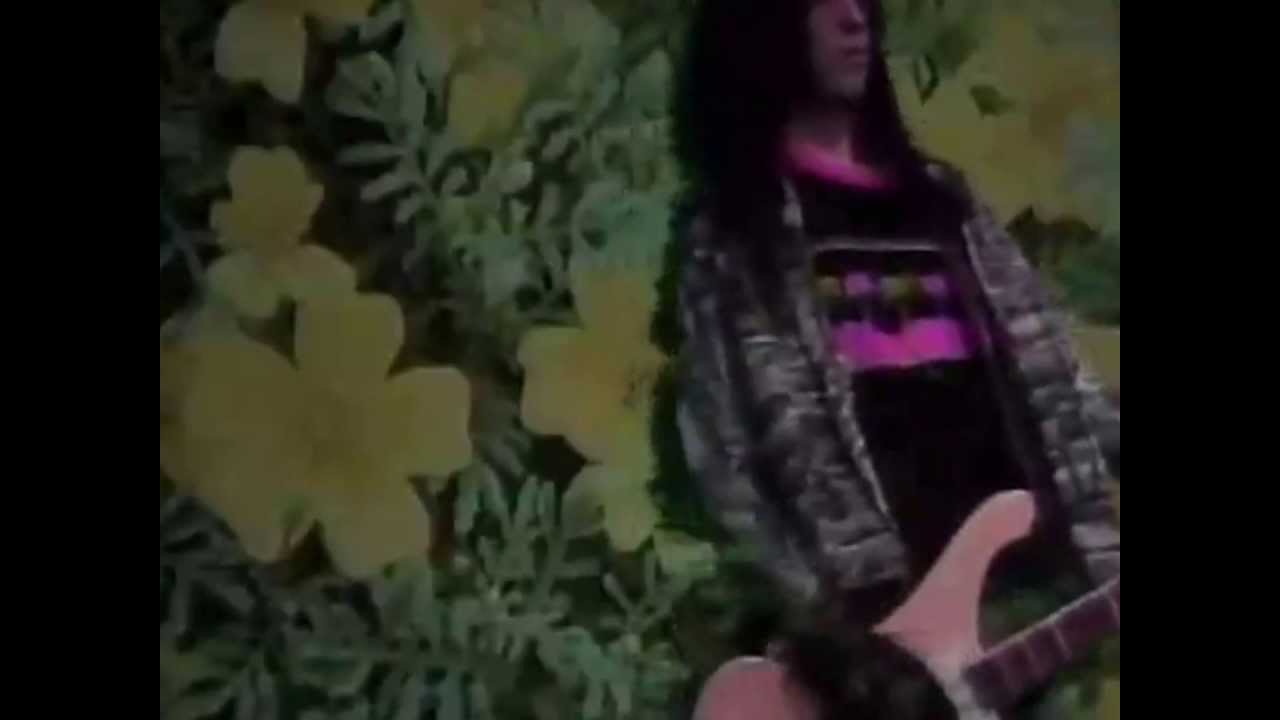 Dinosaur Jr.’s cover of The Cure’s “Just Like Heaven” was so good that it was chosen as a single and then included as a bonus track on future reissues of You’re Living All Over Me. The main attraction is Mascis’ wild, slightly bent lead work that underlies the vocal melodies. We’d kill for an instrumental version with the guitar’s cranked in the mix. There’s some influence from the British shoegazers (which Mascis would acknowledge in a future collaboration with My Bloody Valentine’s Kevin Shields). And then in typical early-Dino fashion, right when you thought the cover couldn’t be more beautiful, the song breaks into doomy sludge for the bridge before leading out with an ear-shattering shred solo. 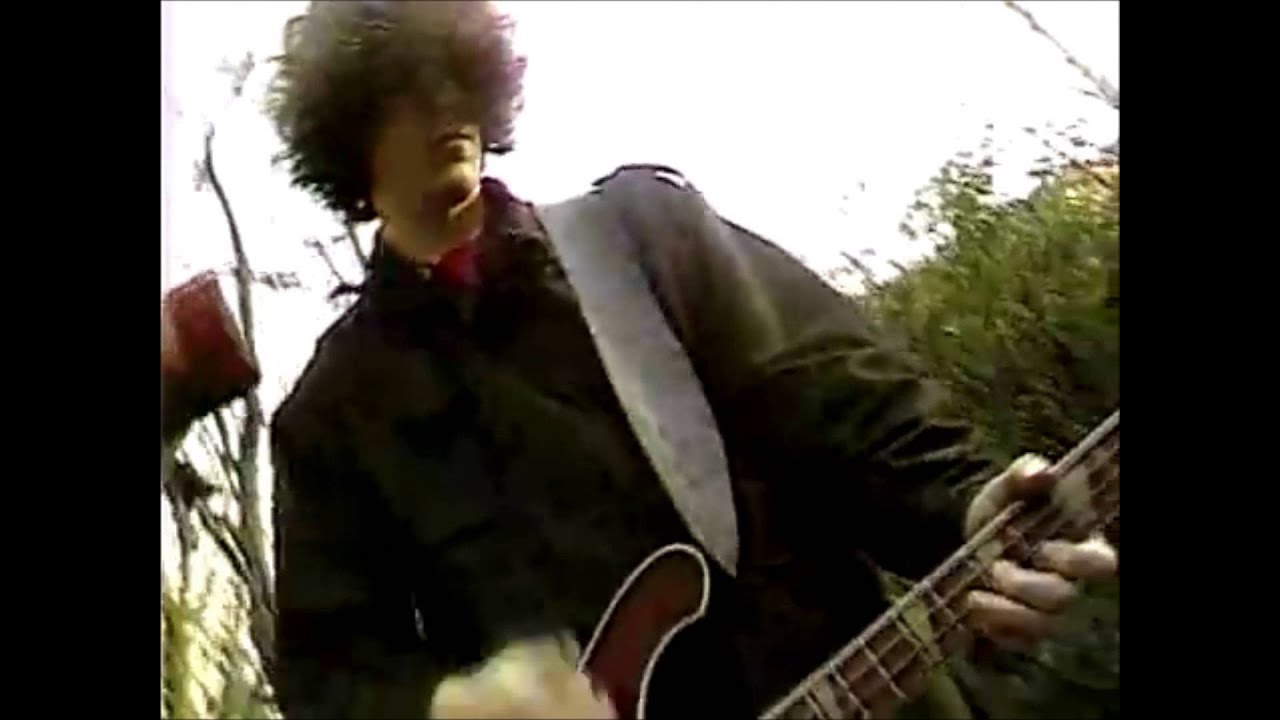 “Freak Scene” is perhaps the definitive Dinosaur Jr. song, and it houses a legendary guitar solo that’s equal parts noisy, cheerful, and cathartic. Power pop jangles and propulsive bass playing from Barlow drive the song toward the solo, which erupts from the speakers with alarming volume. The band never cared much for volume meters or whether or not they were “in the red,” as they say. But Mascis embraces the distortion as a concept unto itself, carving sonic art with these volleys of feedback. As a template for the band’s musical approach and Mascis’ guitar skills, look no further than this iconic song.

The ultimate “wind guitar” moment and a guaranteed face-melter, the guitar solo following the breakdown on “Kracked” really must be heard, as words fail to do it justice. It’s J Mascis’ masterpiece as a guitarist — a scalding swell of noise that descends on the listener in a tornadic squall. The notes are tortured and smeared through wah-wah and dangerous amp volumes, wreaking havoc before disappearing entirely, leaving only Murph’s drums and Barlow’s bassline to carry the next verse. In the context of the song itself — an urgent, passionate ripper — the solo is jaw-dropping and executed to perfection. If there is a fourth dimension, this solo exists there. It’s not of this earthly plane.