The Lowdown: Spawned by the SoCal punk scene, The Offspring cranked out nine long players from 1989 to 2012, including 1994’s multimillion-selling Smash (featuring the hit “Come Out and Play”), which catapulted the group to mainstream stardom, even as their sound got slicker and catchier.

The band apparently encountered more than the normal share of delays getting to the finish line of their tenth album. Just months after the release of 2012’s Days Gone By, guitarist Noodles began talking about their next studio project, and while a lot happened over the following years, it didn’t translate into an album. Way back in 2015 they released the new song “Coming for You”, now recycled on Let the Bad Times Roll.

Among The Offspring’s extracurricular activities, in early 2016, Consequence reported (via Billboard) the band had sold a package of master recordings and publishing rights for a staggering $35 million, likely eliminating the need to generate revenue through new music. Other distractions: a bitter separation from former longtime bassist Greg K., who sued Noodles and singer Dexter Holland; moving to a new record label; and, of course, the pandemic. After all that, Let the Bad Times Roll has finally arrived.

The Good: The Offspring long ago mastered the art of pop-punk and haven’t lost their touch. Let the Bad Times Roll is front-loaded with one soaring, arena-worthy anthem after another, igniting a string of turbo-charged blasts like a Fourth of July fireworks display. On such booming cuts as “This Is Not Utopia” and “Behind Your Walls,” Holland still howls like an excitable kid and Noodles spews bombastic power chords with brusque authority.

The band tampers with its formula on the back end of the album, producing more distinctive tracks, in contrast to the furious blur of the opening salvos. A jazzy shuffle punctuated by brawny horns, the witty “We Never Have Sex Anymore” finds Holland bemoaning the loss of passion, pleading anxiously, “If you won’t violate me/ you please just aggravate me?,” preferring conflict to numbness. Elsewhere, the frantic anti-militaristic outburst “Hassan Chop” recalls The Offspring’s roots with a scruffier, less-polished attack. Adding more of this exhilarating hardcore noise to the mix would help ward off a sense of sameness.

The Bad: However energetic, the steady barrage of stadium-friendly epics ultimately proves more numbing than exciting. Also not helping: The lyrical content is often vague to the point of generic. If Holland isn’t airing morose romantic laments, he’s offering fuzzy topical reflections applicable to almost any era. But getting more specific can spotlight the pitfalls of making an album with a long gestation period. On the stomping title track, Holland exclaims, “Keep shoutin’ what I like – ‘lock her up, lock her up’,” a reference to Donald Trump’s attacks on Hillary Clinton that’s more than a little stale in 2021. Sadly, “The Opioid Diaries” (called “It Won’t Get Better” when they played it live in 2018), an eloquent expression of empathy for young addicts, ought to be dated, yet this crisis continues.

The age of some of the songs points to an underlying problem with Let the Bad Times Roll: It feels like a patched-together stopgap rather than a genuine album. There’s even a mawkish piano-and-strings remake of a 1997 song in the form of “Gone Away,” while two of the 12 tracks run barely a minute.

The Verdict: If The Offspring want to stay in their comfort zone, there are plenty of fans who won’t object, but it won’t keep them relevant. On the plus side, Let the Bad Times Roll offers hints of creative tangents that could revitalize the band next time around – if they’re willing to challenge themselves.

Essential Tracks: “We Never Have Sex Anymore”, “Hassan Chop”, and “The Opioid Diaries” 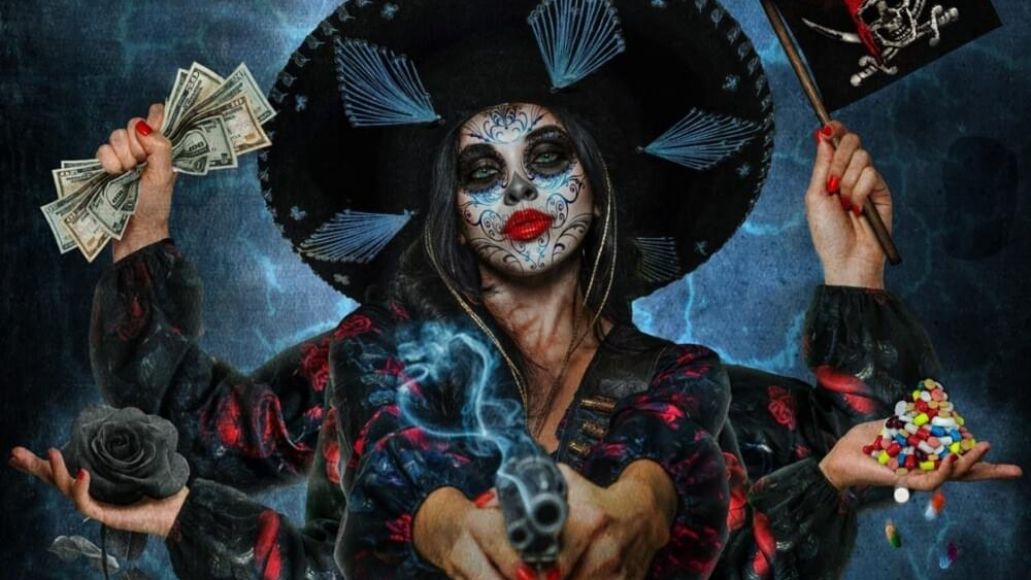 The Offspring Scrape Off the Rust and Return to Action on Let the Bad Times Roll: Review