Alice in Chains singer William DuVall is releasing an archival album by his 1980s hardcore punk band Neon Christ. The compilation, titled 1984, will be out on Record Store Day (June 12th) via Southern Lord and DVL Recordings.

A teenage DuVall played guitar in the blistering Atlanta quartet, which was rounded out by drummer Jimmy Demer, bassist Danny Lankford, and vocalist Randy DuTeau. The band would launch DuVall’s impressive career, with the guitarist later joining California punks Bl’ast after Neon Christ’s breakup in 1986.

Neon Christ’s brand of aggressive hardcore featured elements of heavy metal guitar from DuVall, leading to the band’s association with the “thrashcore” sub-genre. They would share the stage with the punk heroes of the time such as Dead Kennedys, Circle Jerks, and Corrosion of Conformity.

“I was 16 writing those songs,” DuVall reflected in a press release. “Neon Christ is quintessential youth music from a tumultuous time, both in our own lives and in the world at large. It documents the birth of a new music and culture that would influence everything that came afterward. We loved being a part of that emerging scene. We’re even more proud now of the contributions we and so many of our friends made. The energy and emotions we captured remain timeless.”

During their short existence, Neon Christ released a highly sought-after self-titled 7-inch in 1984 and appeared on the legendary International P.E.A.C.E. Benefit Compilation that same year. These were also collected on 1990’s A Seven Inch Two Times. These are all included on 1984 along with a handful of additional tracks from the group’s “Labor Day” sessions.

DuVall made multiple trips to Nashville’s “Welcome to 1979” studios to remaster the recordings form the original analog tapes, cutting them straight to lacquer for the Record Store Day all-analog (AAA) vinyl release. The studio is one of the few remaining studios with vintage gear capable of properly mastering the old tape reels for vinyl in house.

“[The studio is] aptly named because it’s like entering a time warp in the best possible way,” DuVall said. “It’s becoming increasingly rare and miraculous to find a facility anywhere in the world that can do all-analogue audio mastering for vinyl LPs. What’s additionally amazing (for all my fellow audio nerds out there) is that Welcome To 1979 also does lacquer plating right there on-site. I know of no other place in America that does recording, mixing, mastering, lacquer cutting, and lacquer plating all under one roof. As if that’s not enough, they also manufacture and refurbish tape machines. Pretty incredible.”

Going for a full-blown audiophile punk rock experience, DuVall pulled all the stops. In addition to the AAA mastering, the LP comes on heavyweight 180-gram vinyl and plays at 45RPM — like the band’s classic 7” releases — for maximum fidelity. Also included is a 12-page booklet with an oral history of the band and unseen photos.

“I had planned to do a proper Neon Christ reissue through my label, DVL Recordings, this year,” DuVall said. “It must have been the right time because, as soon as I’d made up my mind to do it, Greg [Anderson] from Southern Lord reached out about doing exactly the same thing. I suggested we join forces. I admire what the Southern Lord label has achieved. Suffice it to say, all of us in Neon Christ are extremely honored that there’s any interest at all in what we did so many years ago.”

Head to your local record store on June 12th to snag a copy of 1984 on vinyl. The album will also be available across digital platforms. For more information, visit RSD’s website. Check out the tracklist, artwork, and watch a teaser video below. 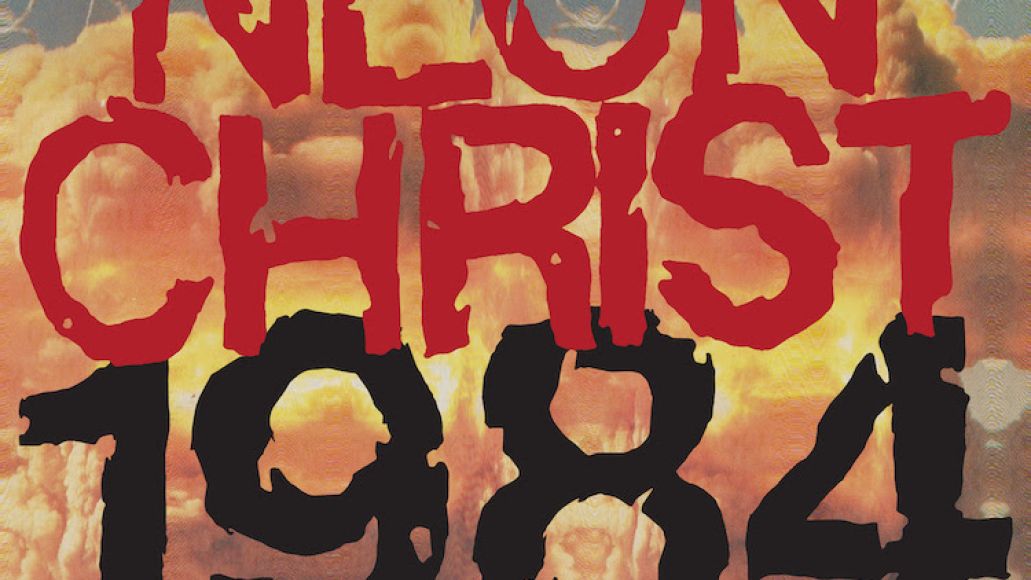