Anthrax have teamed up with Record Store Day for a bundle of four 3-inch vinyl singles to go along with a custom miniature turntable. Both will be released as part of the second RSD drop, with the vinyl bundle out July 9th and the turntable arriving July 17th.

Drummer Charlie Benante oversaw the creation of the custom turntable, working with popular turntable brand Crosley on the limited run of 1,000 units. Inspired by the 3-inch vinyl releases of Japan, Benante even designed the artwork for the singles, basing the sleeves on his old Japanese KISS and Iron Maiden 7-inch collection.

The turntables will be sold separately from the vinyl bundle (also limited to 1,000). The four Anthrax songs being pressed on 3-inch include: “Madhouse”, “I Am the Law”, “Got the Time”, and “Discharge”.

To top it off, one select turntable includes a “Golden Ticket” for a personal Zoom call from vocalist Joey Belladonna and bassist Frank Bello, who called it the band’s “Willy Wonka moment.”

“I’m really happy about being part of this,” Belladonna added in a press announcement. “I love being able to reach out and connect with our fans, so being a ‘first prize’ in this contest and having the opportunity to have a real conversation with one of our fans is really terrific.”

Anthrax have been adamant about not releasing a new album until touring returns in earnest. That said, the band has honed its merch game in the meantime, offering up signature bourbon, “Stop Spreading the Disease” hand sanitizer, and even penning spearheading a graphic novel tie-in for their legendary LP Among the Living.

Check in with your local participating record store for the RSD Anthrax turntable and vinyl bundle. See close-up images below. 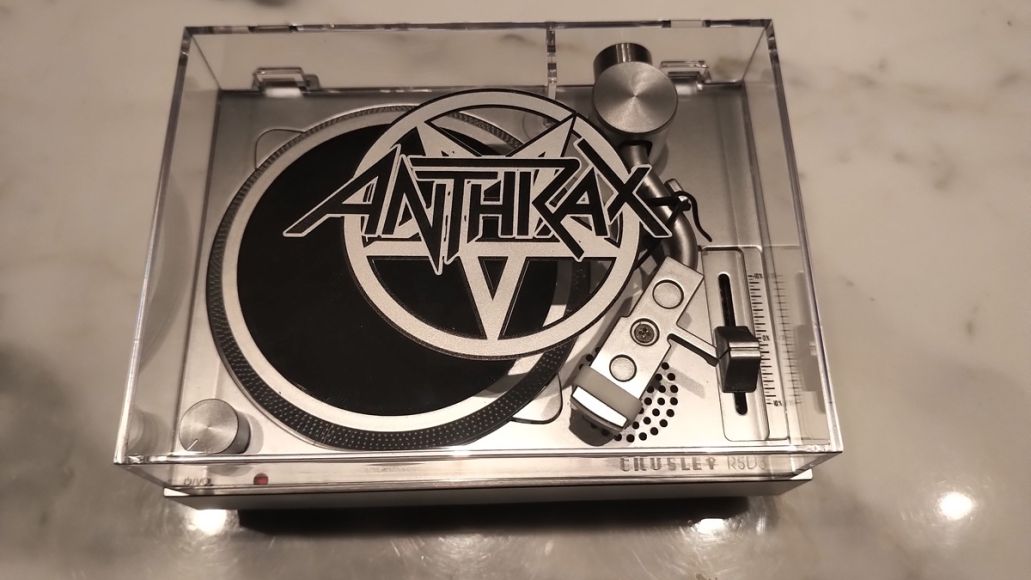 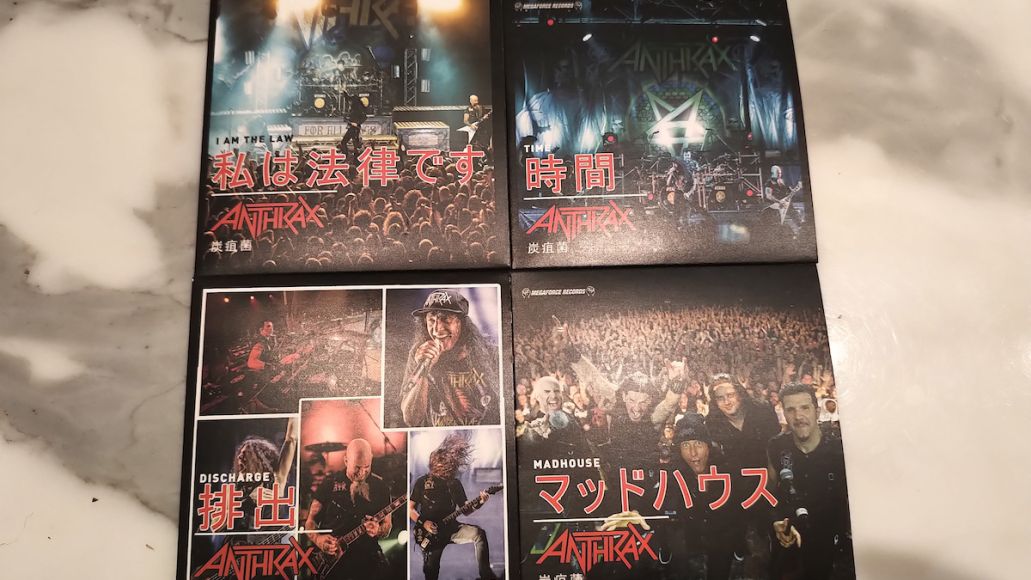