At the Gates have announced their seventh studio album, The Nightmare of Being, arriving July 2nd.

The Swedish death metal legends aren’t yet offering a lead single, but they have detailed the 10-song tracklist and unveiled the artwork. Based on track titles like “Cosmic Pessimism” and “Spectre of Extinction”, we can only hope the LP is another collection of dark, literate death metal with At the Gates’ signature melodic touch.

Despite some overtly pessimistic philosophy to the lyricism this time around, vocalist Tomas Lindberg Redant insists the album is not “negative.”

“The overall theme deals with the topic of pessimism, and I have been diving deep down in pessimistic philosophers,” Lindberg Redant said in a press release. “Trying to understand this way of looking at the world. It is not a negative album, more a gateway into new ideas for me personally, trying out different perspectives. You could call the album an introduction to pessimism as a concept, I guess. It is a very dark album, but not negative.”

The band’s press announcement touts the new LP as some of the “bravest and most mesmerizing material they have ever written,” with Lindberg Redant adding that “it still sounds like At the Gates — 100 percent. It is just more of everything.” It also marks the band’s third record since its 2014 comeback.

The Nightmare of Being was recorded in several Swedish studios: drums at Studio Gröndal with Jens Bogren; guitars and bass with Andy LaRocque at Sonic Train Studio; and vocals at Welfare Sounds with Per Stålberg. The album was mixed and mastered by Bogren at Fascination Street Studios.

Check out the full tracklist and artwork below. Stay tuned to Heavy Consequence for pre-order information and further details coming April 30th.

The Nightmare of Being Artwork: 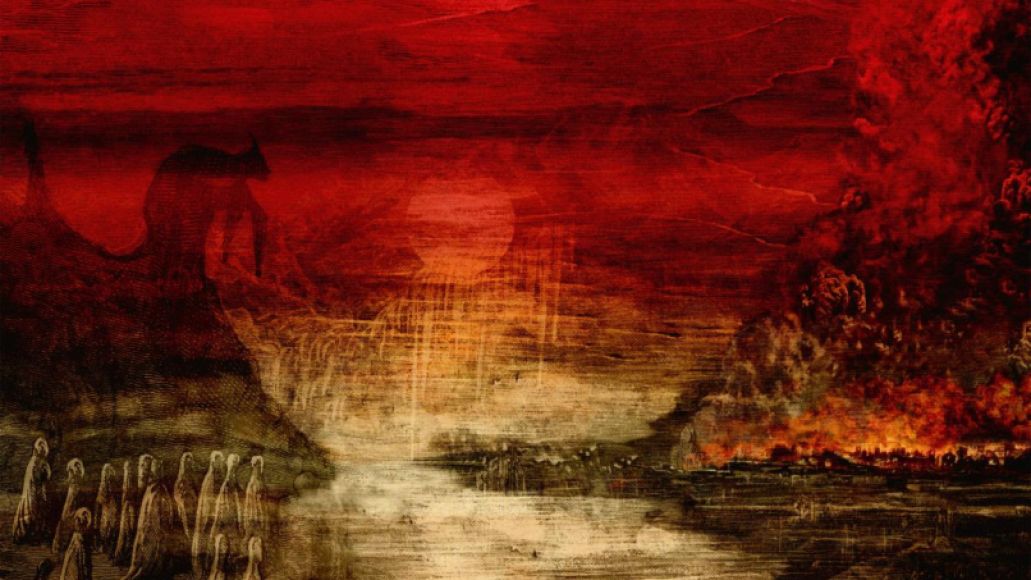 The Nightmare of Being Tracklist:
01. Spectre of Extinction
02. The Paradox
03. The Nightmare of Being
04. Garden of Cyrus
05. Touched by the White Hands of Death
06. The Fall into Time
07. Cult of Salvation
08. The Abstract Enthroned
09. Cosmic Pessimism
10. Eternal Winter of Reason

At the Gates Announce New Album The Nightmare of Being