Billie Eilish is set to release her sophomore album, Happier Than Ever, on July 30th.

The 19-year-old pop star first teased the release with a cryptic video posted to social media on Monday. As Variety points out, billboards revealing the album’s title and release date have since popped up in various cities.

Update: Eilish has confirmed the news in an Instagram post, writing, “this is my favorite thing i’ve ever created and i am so excited and nervous and EAGER for you to hear it. i can’t even tell you. i’ve never felt so much love for a project than i do for this one. hope you feel what i feel.” Additionally, Eilish revealed that a new song will arrive on Thursday at 9:00 a.m. PT.

According to a press release, Happier Than Ever spans 16 songs written by Eilish and her brother Finneas, who produced the album in Los Angeles. The album features no outside songwriters or producers. Check out the tracklist and artwork below.

Happier Than Ever serves as the follow-up to Eilish’s landmark debut album, When We All Fall Asleep, Where Do We Go?, which was released in March 2019. Not only was it our favorite album of 2019, it earned Eilish Grammys for Album of the Year, Song of the Year, Record of the Year, and Best New Artist — making her the first female artist in history to win all four general field award categories in a single night.

Throughout 2020, Eilish released a series of one-off singles, including “therefore i am”, “my future”, her Rosalía collaboration “Lo Vas a Olvidar”, and “No Time to Die”, the title theme to the upcoming James Bond film. She also premiered her documentary The World’s a Little Blurry.

Speaking about her next album during an appearance on the Late Show with Stephen Colbert earlier this year, Eilish said, “I don’t think I would’ve made the same album, or even the album at all, if it weren’t for COVID. That doesn’t mean it’s about COVID at all, it’s just that, when things are different in your life, you’re different. That’s just how it is. So, I have to thank COVID for that, and that’s about it.”

“There’s a couple of moments on this album where I pull some tricks out,” she teased. “It’s really just about what I feel like sounds good.”

Happier Than Ever Artwork: 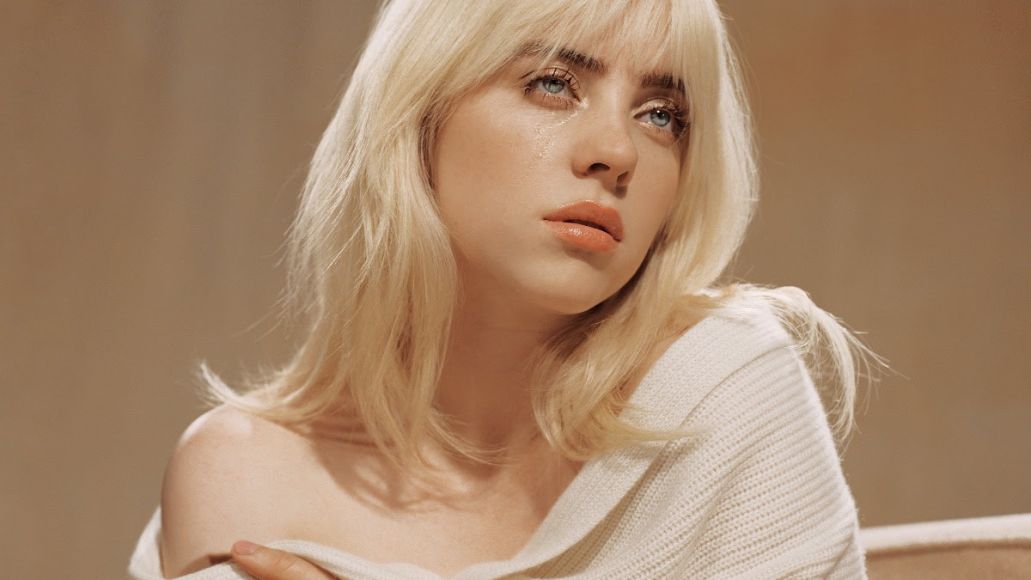 Billie Eilish to Release New Album Happier Than Ever in July