After nearly a year of silence, DJ Khaled has finally released his new album Khaled Khaled. The star-studded record features cameos from some of the biggest names in the music, including Drake, Justin Timberlake, JAY-Z, and Megan Thee Stallion. Stream it below via Spotify.

DJ Khaled started teasing his follow-up to 2019’s Father of Asahd last summer, but then he vanished out of nowhere. It looked like he was hyped on wrangling a number of high-profile artists into the studio to record before realizing that the ongoing coronavirus pandemic wouldn’t end anytime soon. It’s fitting, then, that the hit-making producer would want to release his album today, essentially gifting fans a whole new set of keys to unlock new memories this summer when they reunite with friends safely in person again.

Scattered throughout the other songs on the album are Post Malone, Justin Bieber, Lil Wayne, Lil Baby, and DaBaby. Plus, DJ Khaled lent the microphone to his adorable one-year-old kid Aalam, who can be seen striking a pose on the cover of Khaled Khaled alongside his older brother Asahd.

To accompany the album rollout today, DJ Khaled is releasing a new music video for “Sorry Not Sorry” that stars Nas, Jay-Z, James Fauntleroy, and more. Watch that clip below. 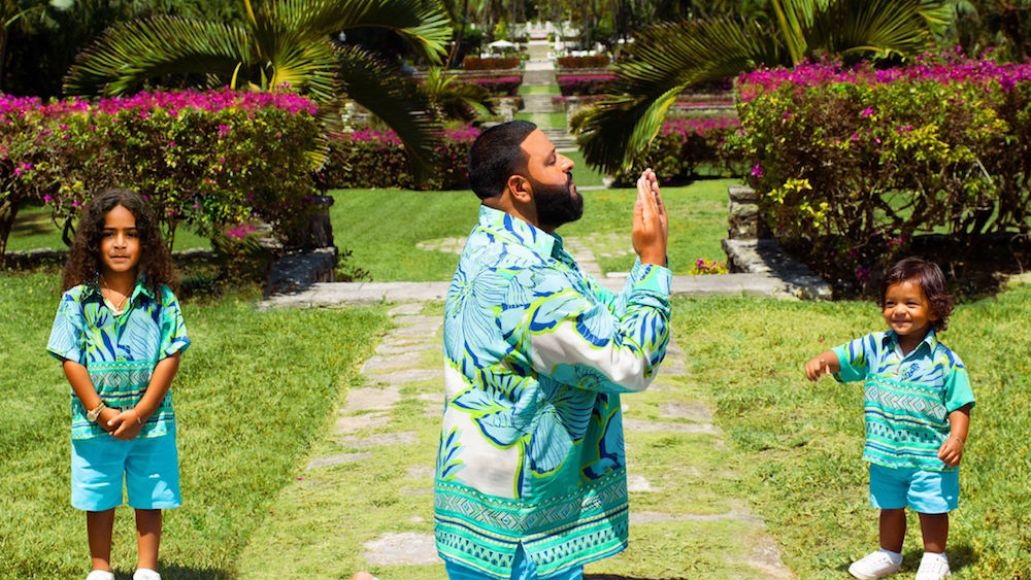