The Pitch: What motivates rock stars to hit the road — enduring endless hours in a cramped van with smelly bandmates and mic stands poking you in the ribs, all to play a gig that could have 10,000 people or just 10? That’s the premise Foo Fighters frontman and rock legend Dave Grohl sets out to explore in his 90-minute documentary, What Drives Us. But amid his exhaustive interviews with music contemporaries both young and old, from St. Vincent to The Edge to Ringo Starr, Grohl’s journey evolves into something bigger: a quest to examine the appeal of the touring life in all its highs and lows and the soul-feeding nature of rock stardom.

Vans, Warped Tour: At its heart, What Drives Us is nothing more and nothing less than a backstage pass to rock and roll royalty, Grohl spending the lion’s share of the runtime commiserating with contemporaries young and old. In the film’s opening minutes, Grohl does a helpful roll-call of his cast of characters: Flea, Tony Kanal, Lars Ulrich, Slash, Steven Tyler, St. Vincent, Jennifer Finch of L7, the list goes on. Some are taken aback that they need to say their names, sounding off with a laugh as they realize they’re not just going to chat with an old buddy — a testament to the exceedingly casual nature of the thing.

It helps that Grohl is so easygoing, as effortlessly funny in front of the camera as he is confident behind it. Most of his interview subjects are decades-long friends, so the conversations come fast and easy, even though we only see one side of it as Grohl remains mostly off-screen. But that intimacy and knowledge let his subjects feel less guarded, gifting the audience with some surprisingly accessible, informal sides of their favorite musicians. (Even St. Vincent, famously bristly in interviews as she may be, feels exceedingly friendly and open when Grohl’s talking to her.) “You’re gonna lose your global intrigue,” Grohl chuckles off-screen to The Edge at one point; even the most intimidating and distant figures unfurl like flowers when talking to a colleague.

Of course, the framework of the doc is on the specificity of van life for a rock and roll artist, and no matter how winding Grohl’s road becomes, he remembers to steer us back to the main subject. The doc bookends with Grohl buying back the old van the Foo Fighters used for their first tours in the mid-’90s, and he checks in with his subjects on the specificities of their experiences. You’ll hear about the Tetris-like configurations required to stuff their equipment in the back and still have enough room to sit, the strange characters they’d meet along the way. And the farting. Oh, the farting. “Did you know The Beatles fart?” Grohl asks St. Vincent at one point; she’s taken aback as if the idea is anathema. Cut to Ringo Starr, who confirms the “he who smelt it dealt it” philosophies of the Fab Four. 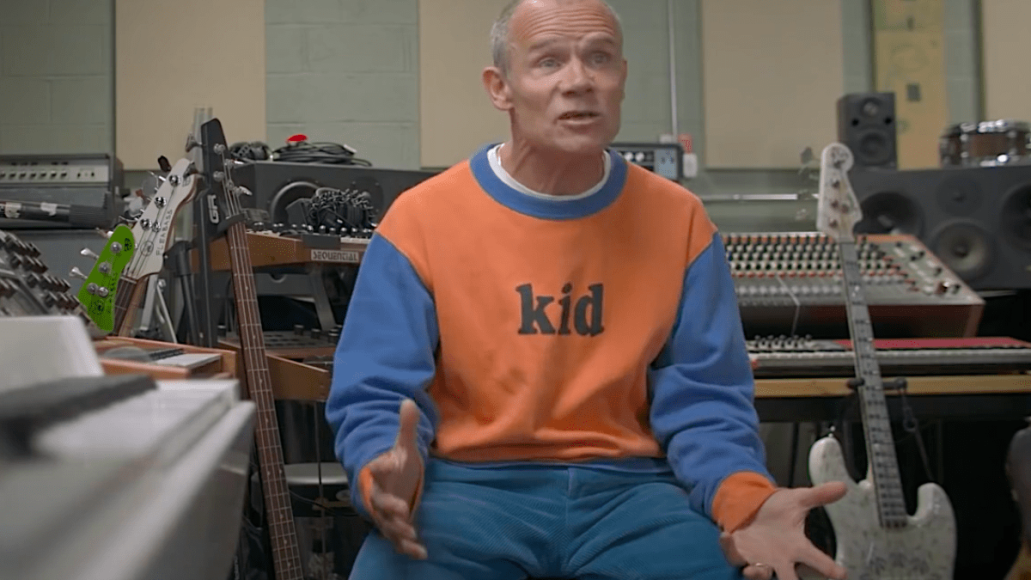 Flea in What Drives Us (Coda Collection)

Playing the Hits: If you’ve seen one music documentary, little will surprise you about What Drives Us‘ straightforward approach. The vast majority of the doc is centered around the talking head interviews we’ve come to expect from music docs, anchored by archival footage and a heaping helping of aural wallpaper to stitch the material together. Add to that one or two errant animated segments (why Grohl didn’t employ more feels down to logistics more than anything), and you’ve got the makings of a comprehensible, breezy doc that hardly breaks the formal mold.

Really, the doc feels ready-made for its audience — existing fans of these musicians and rock music in general who want a taste behind the curtain of how these folks started out, how they feel about touring, etc. The stories they tell are hardly remarkable or eye-opening; they’re the standard tales of impoverished upbringings, abusive fathers, and tough political times that drove young idealists with a song in their heart to chase their dreams and see the world. But that hardly feels like Grohl’s brief, which makes it difficult to ding him for it — What Drives Us is a good-vibes-only celebration of what rock can do for those who are willing to weather the long hours and the cramped conditions of the van.

The Verdict: Amid its modest ambitions, you can tell What Drives Us comes from a very heartfelt place — Grohl taking inventory of his life as a rock and roll star and looking back fondly at the heady days of touring that got him to where he is. And in checking in with his fellow rock legends, he gets to reminisce about those crazy, heady days in a crappy van driving from town to town, seeing the world in ways that were heretofore inaccessible. What starts as a probe into the specificity of van life turns into a broader love letter to the life of being a struggling rock star — one the bigger boys probably no longer enjoy with their entourages, publicists, and expensive charter buses. But Grohl clearly looks back fondly on the days of stuffing a Ford Econoline with whatever you could stuff inside and driving to Albuquerque to play for the bar staff, and that enthusiasm is admittedly infectious.

As the world begins preparing for its first furtive steps into public life after the COVID-19 pandemic, one wonders when it’ll be truly safe to go to a concert again. In What Drives Us, Grohl reminds us of the transcendent, transformative power of live music on both sides of the stage and makes the itch to get back in the pit that much more tantalizing. It gets lost a few times along the way to its destination, but the journey is certainly a lot of fun.

Where’s It Playing? What Drives Us hops in the van and hits the road to your streaming box on April 30th on the Amazon Prime Video add-on Coda Collection. 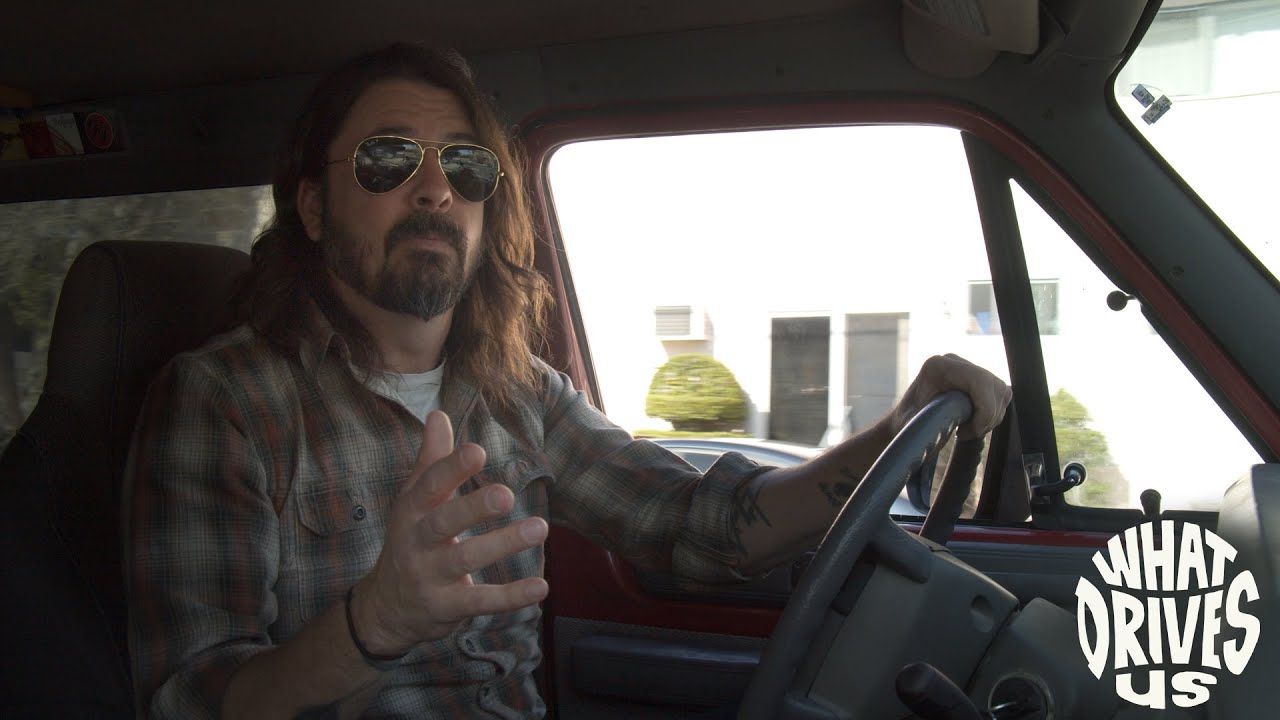