Editor’s Note: On April 12th, 2011, Foo Fighters put out their seventh album, Wasting Light. At the time, Dave Grohl saw it as a chance for the band to get back to the project’s humble garage roots. Now, a full decade later, Grant Sharples examines just how successful the band were in achieving Grohl’s aim and what the record ultimately meant for the veteran band and their fans.

Starting with 2005’s In Your Honor, alt-rock icons Foo Fighters have adhered to certain underlying concepts for their records. These aren’t narrative concepts but musical ideas by which Dave Grohl and co. creatively orient themselves. On their fifth record, their first and only double album, they put the loud, boisterous rock songs on the front half and the softer, mellow material on the latter half. When they returned two years later with Echoes, Silence, Patience & Grace, they merged the two styles into one. On 2011’s Wasting Light, which is now 10 years old, they found a simultaneously old and new thread that would bind their ideas together.

Disillusioned with burgeoning technological advancements in music, Grohl decided that Foo Fighters’ next record would be made completely on tape. He also wanted to record it in his garage, a stark contrast from their then-recent, sold-out show at Wembley Stadium in London. In essence, Grohl wanted to exhume his band’s old style. He recruited Butch Vig, famous for his work on Nirvana’s Nevermind and drumming in ‘90s alt-rock outfit Garbage, for production. The group’s original rhythm guitarist, Pat Smear, made his return as a proper band member (he was a session musician on Echoes…) for the first time since The Colour and the Shape. Hüsker Dü’s Bob Mould sang on “Dear Rosemary”, Nirvana bassist Krist Novoselic contributed to “I Should Have Known”, and there was even a documentary. It’s clear that Grohl envisioned this record as Foo Fighters’ return to form.

He was so committed to making an album in his garage that they assembled a tent in his backyard that served as a makeshift control room. They even facilitated communication between the tent and the garage through a television and a set of cameras. Foo Fighters’ dedication to their craft has always been one of the most mesmerizing facets of the band, which spans from playing three-hour shows every night to literally recording music in a tent. They ignored Butch Vig’s initial reluctance to make the record on tape, proving their diligence to stay on a purely analog trajectory.

While it may become increasingly unlikely that Foo Fighters will release something that matches the staying power of their first two albums, Wasting Light is the closest they’ve come yet. This is partly thanks to the supergroup Them Crooked Vultures, in which Grohl played drums. Alongside Grohl, Queens of the Stone Age’s Josh Homme and Led Zeppelin’s John Paul Jones constructed complex arrangements that navigated multiple tempos and non-linear structures.

Them Crooked Vultures have memorable songs. But Grohl said that playing within such a convoluted framework taught him the importance of writing the “tightest, catchiest four-and-a-half-minute ‘softball-bat-to-your-face’ songs,” and the results are palpable. “Rope” is among the best in the band’s catalog, and drummer Taylor Hawkins incorporates Neil Peart’s idiosyncratic “YYZ” pattern into the chorus. “Walk” is a concise closer that’s anthemic yet not overly schmaltzy. “Bridge Burning” is a blazing opening track that parallels the intensity of songs like “Monkey Wrench” and “Enough Space”. Foo Fighters play to their strengths on Wasting Light, and it’s what makes it one of the band’s best records.

There is an overarching “gimmick” on display here; however, it’s never too conspicuous in the way it is on In Your Honor, Echoes…, or their most recent work, Medicine at Midnight. This is what Foo Fighters sound like when they’re not forcing a particular approach but instead allowing their music to run its course naturally. The sheer musicianship of each band member is also astounding, especially because the analog equipment prevented the digital rectification of any errors.

In the Back and Forth documentary, Butch Vig recalls telling the band that they would have to play “really, really well” if they wanted to record on tape. Vig also told MTV News that Grohl wanted to make the record exclusively on analog gear because he said Wasting Light would sound “rawer” and “imperfect.” Despite this statement, it’s difficult to hear mistakes of any form in this music because, as Vig said himself, they played really, really well. Grohl’s musical perfectionism has always been one of his enduring characteristics, but that doesn’t negate the record’s ethos. This anti-digital motif permeates Wasting Light beyond its music, too. Its artwork was made using X-Acto knives and transparent ink to maintain the analog coherence of the record.

Wasting Light is occasionally weighed down by its own archaic tropes. “White Limo” is designed as the “hard rock” song with Grohl screaming utterly preposterous lyrics (“Hey, you got something/ It goes round and round again”) through a distortion pedal. “I Should Have Known” checks off the “late-album rock ballad” box. “These Days” reaches for profundity but ultimately falls short with its cloying lyrics (“One of these days, your heart will stop/ And play its final beat”). “Arlandria”, though an instrumental highlight, features some fairly mediocre lines in the pre-chorus (“Shame, shame, go away/ Come again some other day”). With the exception of “Walk”, the album is heavily front-loaded, as well. Most of its forgettable material populates the latter half.

However, Foo Fighters have always been famous for their musical ferocity. They have some memorable lines every so often, but lyrics are not the definitive trait of this band. It’s similar to how no one plays a Super Mario video game for its captivating narrative. Gameplay and level design reign supreme in Mario games, just as instrumentation and delivery are Foo Fighters’ strong suits, which Wasting Light primarily leans toward.

Occasionally, the analog approach can wear itself out here. In an interview with LA Weekly, Grohl said that when he listens to music that sounds like it was heavily processed in a DAW or made with a drum machine, it “sucks the life out of music.” It rings out as a bit elitist and antiquated, especially because this analog equipment is expensive. This argument is also redolent of the outdated notion that anything not made with traditional instruments isn’t “real music.” Not everyone has access to this high-end analog gear, and there are many ways to create excellent music without it. It feels particularly contradictory because EDM artist Deadmau5 remixed “Rope”, and Foo Fighters performed this remix with him at the 2012 Grammys. There are many songs with digital processing that don’t sound lifeless, but, ironically, Deadmau5’s “Rope” remix is one that does.

Wasting Light still shines because it approaches what made Foo Fighters so enthralling in the first place. Although Dave Grohl had an overall concept in mind, the songs are never sacrificed for it. This is a record that comprises straightforward, solid rock songs, making it somewhat reminiscent of Foo Fighters’ cultural apex in the mid-’90s. When the band released There Is Nothing Left to Lose in 1999, they slowly descended toward their critical nadir. Even with a handful of stellar songs like “Generator” and “Breakout”, it seemed clear that The Colour and the Shape would earn its perennial status as Foo Fighters’ magnum opus.

A decade later, though, Wasting Light has remained an unlikely gem. It’s similar to The Strokes’ Angles from a canonical standpoint. It’s not Is This It or Room on Fire, but it has its defenders who herald it as an underappreciated mark in the group’s discography. The same can be applied to Wasting Light. It’s not ready to be anointed classic status — and may never be — but for a post-aughts Foo Fighters album, it may be just what the band and fans needed.

Pick up a copy of Wasting Light here… 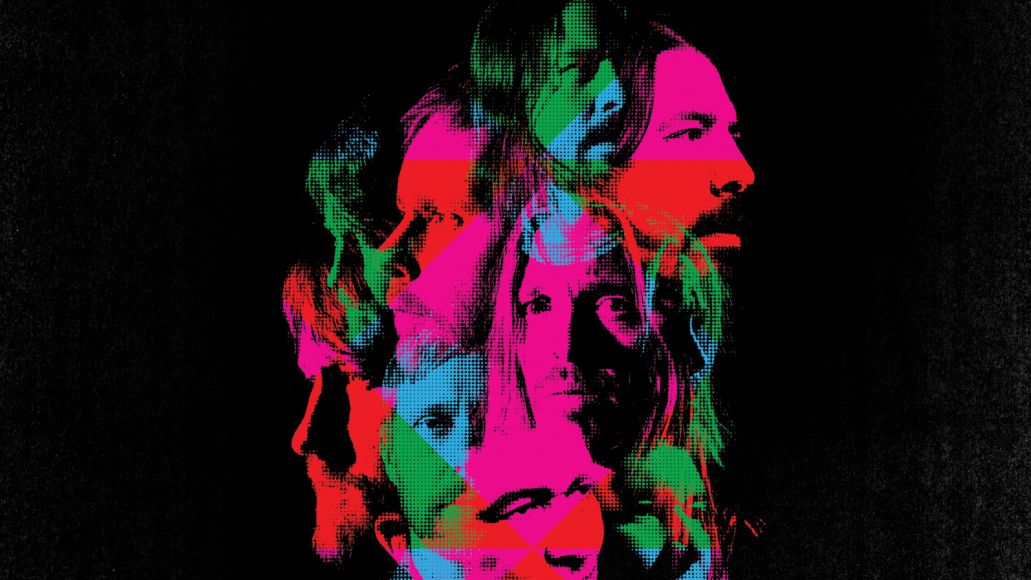