Roughly 2,000 people crammed into Tompkins Square Park in New York City to witness an outdoor hardcore show headlined by Madball this past Saturday (April 24th). The event is now being investigated by the New York City Parks Department for violating local pandemic ordinances.

According to local New York television station PIX 11, organizer Black ‘N’ Blue Productions apparently obtained the initial city permit by registering the event as a “September 11th memorial” that was only expected to draw 100 people.

“This matter is actively being investigated as the permit application filed and agreement appear to have been violated — future permits are in jeopardy,” a spokesperson for the NYC Parks Department told Gothamist on Monday.

The show did raise funds for the New York Firefighters Burn Center Foundation, but as the footage attests, the promoters apparently lowballed the estimated attendance. Behind the mostly maskless mosh pit are legions of fans and New Yorkers who’ve no doubt missed live music over the past year, turning out in droves to see Madball and support acts Murphy’s Law, Bloodclot (featuring longtime Cro-Mags frontman John Joseph), and The Capturers.

Joseph would later take to Facebook to blast back at online criticism for the event’s apparent lack of social distancing, comparing the punk show to the George Floyd protests and the 4/20 gathering in Washington Square Park:

“Yesterday in Tompkins Square Park well over 2000 peeps came out. Free show for the People by the People. It was a blast! We raised $ for the FDNY Burn Unit, and fed people organic plant based eats.

And let me say this — to all those talking shit. For the last year in NYC there were protests — tens and thousands of people in the streets — some rioting and looting engaging in bias attacks — on 4/20 weed day — thousands filled Washington Square Park — sharing blunts and weed pipes. Nobody said shit. This was our PROTEST — OUR RALLY. People who didn’t want to come — stayed away. Good — nobody missed their ass.”

As for the show promoters, Black ’N’ Blue Productions denied the report about filing for the permit as a 9/11 memorial event in a brash statement:

“I’m sure most people know the media lies almost all the time. But just for shits and giggles the permit says nothing about 911 Memorial on it!! I have the permit in my hand. F**king asshats . Had look at it again to make sure but there’s nothing on it that says 911 Memorial. Get Pix 11 to post it since people suck the dick of the media these days obviously. Permit that we received says nothing of any sort. Cmon you fools … you took that and Swallowed it pretty quick. Sadly not surprised. We see you”

The promoter would later say that they complied with a three-page list of requirements stipulated by the Parks Department and that even the NYC police couldn’t enforce the physical social distancing of attendees.

“We were required to provide gloves, masks, sanitizer and a clipboard if someone wanted to voluntarily provide contact tracing,” the promoter stated. “We provided two tables with all the necessary supplies. We cannot enforce rules, we can’t — we’re not the police. Even the police said they can’t enforce.”

Watch footage of Madball performing “Lockdown” at the gathering below. 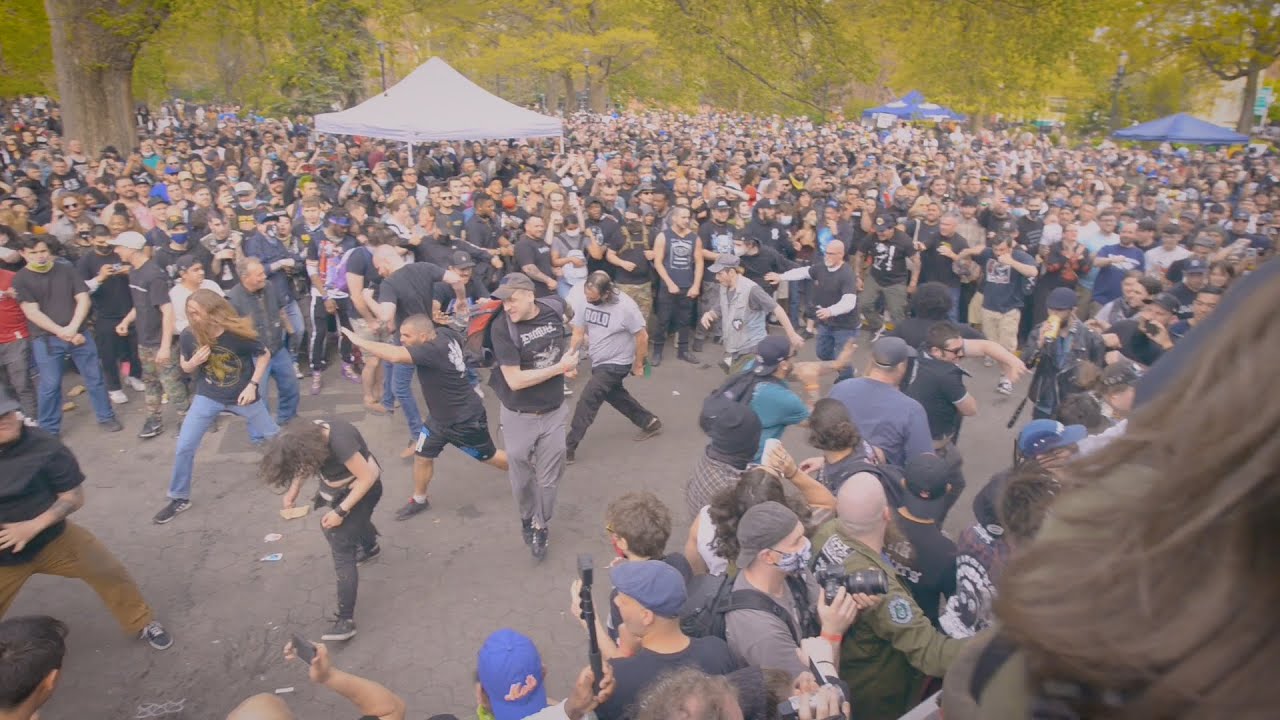