Man on Man, the project of Faith No More keyboardist-guitarist Roddy Bottum and boyfriend Joey Holman, are planning to release their self-titled debut album will be out May 7th. They previously shared a single called “1983”, and now they’re back with a new one called “It’s So Fun (To Be Gay)”.

Unlike the alt-metal of Faith No More and the shiny indie-rock Bottum makes with his band Imperial Teen, Man on Man has a much different vibe. “1983” had a locked-and-loaded post-punk sound to it, and “It’s So Fun (To Be Gay)” is strikingly bright and giddy by comparison. The near-five-minute track is a light, steamy pop song that turns its namesake into a harmonized hook that simultaneously comes across as earnest and knowingly corny.

Either way, it’s an absolute earworm that comes replete with a music video that features friends and peers of theirs celebrating their queerness in whatever way they see fit. JD Samson (Le Tigre), Patty Schemel (Hole), John Cameron Mitchell (Hedwig & The Angry Inch), Jibz Cameron (Dynasty Handbag), Heklina, and many others make cameos.

“We wanted “It’s So Fun (To Be Gay)” to feel organic and warm with a strong, universal message,” the band said in a statement. “For the video we aimed to focus on our community. Getting through the hardships of the past year we leaned heavily on what we mean to each other in terms of support and understanding.”

They continued, “We thought the best way to exhibit the joy in the song would be to have a video full of our chosen family — friends, peers, and heroes. So, we asked friends to share their love and lives and these queer testimonials are what make up the bulk of the video. Our togetherness and bond is key to moving forward in these times especially and we aimed to capture that bond and essence, particularly with Gay Pride 2021 on the horizon.”

In addition to embracing those themes in the music and its video, the band are also taking today to raise some money for a good cause. All of today’s Bandcamp sales for “It’s So Fun (To Be Gay)” will be donated to Born Perfect, an organization with a mission to end conversion therapy.

Man on Man is due out May 7th via Polyvinyl Records, and pre-orders are available through the label’s merch store or Amazon. Check out the video for “It’s So Fun (To Be Gay)” below. 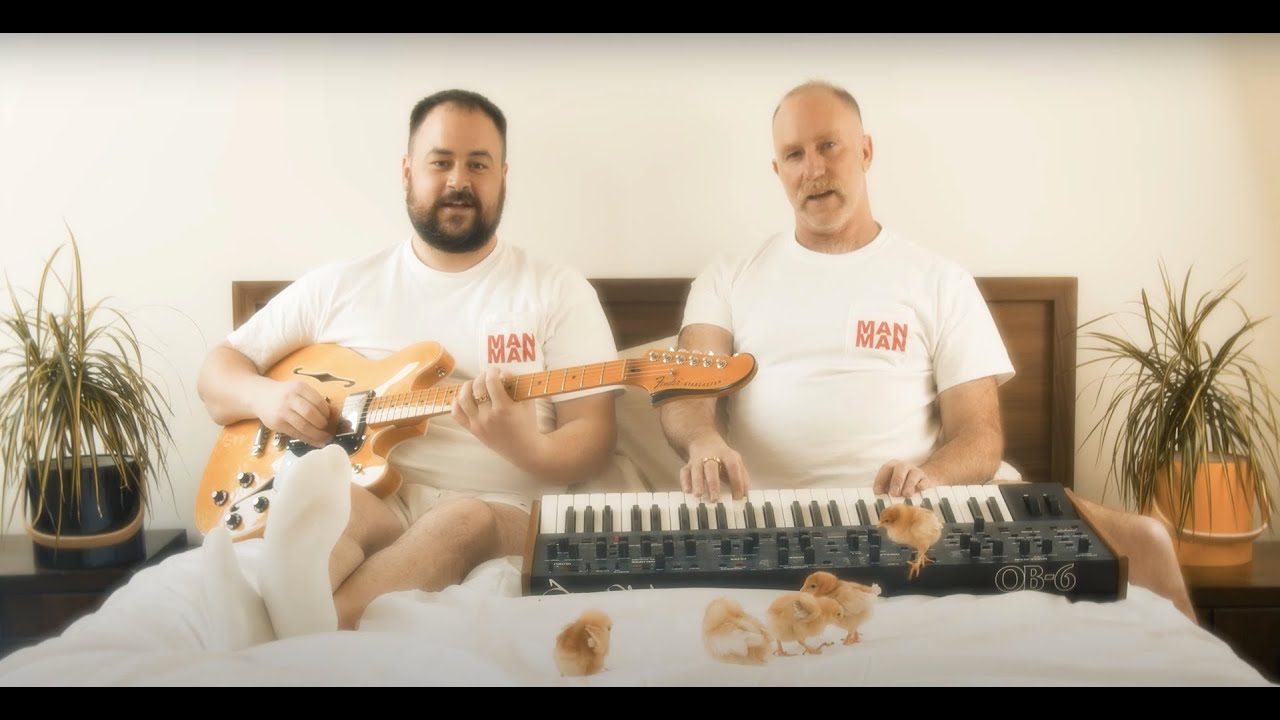 Man on Man (Faith No More's Roddy Bottum) Share Video for New Song "It's So Fun (To Be Gay)": Stream