Metallica frontman James Hetfield, Carlos Santana, and Jack Black are among the musical guests set to appear at the 2021 Little Kids Rock Virtual Benefit. The streaming event premieres on April 14th, with “doors” at 7:00 p.m. ET and the show starting at 8:00 p.m ET.

Little Kids Rock is a non-profit music education initiative that supports the expansion and innovation of music in schools. This year’s benefit has shifted to a livestream format due to the ongoing pandemic. The event features “students and teachers from across the U.S. alongside an array of musical luminaries,” often performing together.

Earlier this week, LKR made the special announcement that Hetfield would be returning for this year’s virtual benefit: “Longtime friend of Little Kids Rock, James Hetfield of Metallica joins the star-studded lineup at this year’s Benefit! You won’t want to miss hearing Mr. Hetfield’s advocacy for music education and the epic moments from past events when he shared a stage with Little Kids Rock students! We’re ready for an amazing event—are you?!”

If you need some feel-good material, just watch the charming footage below of Hetfield’s appearance at the 2013 Little Kids Rock benefit, where he jammed “Enter Sandman” with the accompaniment of the young student musicians.

General admission tickets to the virtual concert are free, with VIP tickets also available. Head over to the Little Kids Rock website to pick up tickets, donate, and see the full lineup. 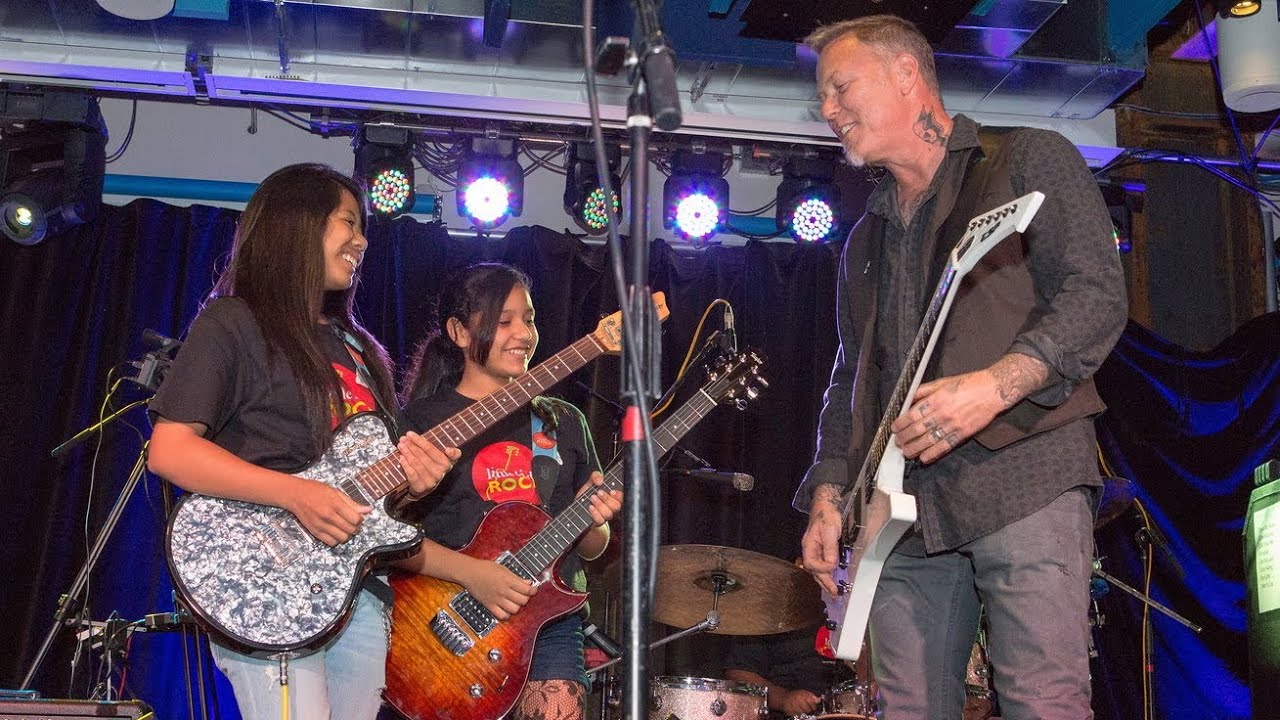