The custom guitar commemorates the 30th anniversary of Pearl Jam’s monumental debut album, Ten. Anyone who’s seen the band perform over the years has no doubt caught sight of McCready’s trusty Stratocaster.

Under the supervision of master builder Vincent Van Trigt, Fender Custom Shop painstakingly rendered a near-duplicate of McCready’s well-loved, road-worn instrument. Like all their signature replicas, even the scratches and paint wear have been preserved. As the press release emphasizes, it feels like “holding the same guitar.”

The recreation touts Fender’s “relic” lacquer finish on a two-piece select alder body, a flat-sawn flame maple neck with a 1960 “oval C” profile, and a flat-lam rosewood fingerboard with 21 vintage frets. The custom Josefina hand-wound pickups have been matched to the originals and are connected to a five-way switch with vintage wiring, including a “treble bleed” tone capacitor.

Other features include a three-ply vinyl pickguard, synchronized tremolo with Callaham bridge block, tuning machines, bone nut, and wing string tree with metal spacer — all in a true-to-1960 vintage style.

McCready initially sought out the guitar after being inspired by his idol, blues legend Stevie Ray Vaughan, who played a 1959 Stratocaster. For years, McCready thought he’d obtained that same instrument — only his guitar tech knew that it was actually a 1960 model. Van Trigt would finally reveal the secret to McCready when making the signature model in order to “create the perfect replica.”

The Mike McCready 1960 Stratocaster is limited to 60 pieces and retails for a collector’s price of $15,000 via Fender Custom Shops. You can purchase similar vintage Stratocasters via Reverb. 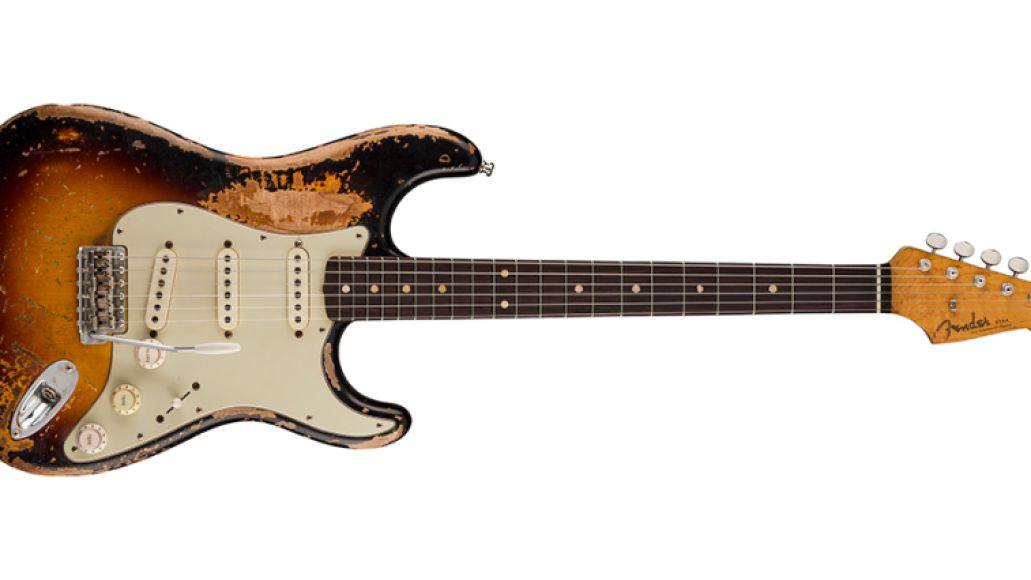