The highly anticipated album comes after a five-year gap following 2016’s Only Ghosts. Thankfully, it appears the wait was worth it. The groovy “Arrows” is a ripper, retaining the signature Red Fang sound: undeniable heaviness that’s not quite stoner metal and not full-on sludge, either. And there’s enough underlying melody to attract fans of non-metal music.

“Wow! We are so excited to finally release this record to the world!” vocalist/bassist Aaron Beam exclaimed in a press release. “We finished the album way back in December 2019 and then… something happened that is not worth discussing.”

He added that making the record “felt totally loose and easy,” comparing the process to recording Red Fang’s acclaimed 2011 debut, Murder the Mountains.

“It felt like we were just doing whatever the f–k we wanted, and not overthinking anything,” Beam said. “That attitude reminded me a lot of what it felt like to make Murder the Mountains. The result doesn’t sound anything like MTM, but it has more of that vibe.”

The record was produced by the band’s longtime collaborator Chris Funk, who produced Murder the Mountains and 2013’s Whales and Leeches. It follows on the heels of two strong singles released by the band over the past two years: the one-off “Antidote” and Adult Swim single “Stereo Nucleosis”.

“It was so gratifying to put these songs on tape with Funk!” guitarist/vocalist Bryan Giles said. “It felt very comfortable with a loose schedule. We didn’t take it one song at a time, but added guitars, vocals, or general weirdness whenever an idea sprang to mind. We busted out a hurdy gurdy! It was that fun.”

Arrows is available for pre-order via Relapse Records in a multitude of formats including LP, CD, cassette, and digitally. A limited “liquid filled” LP, deluxe CD, and casino gamblers pack collector’s set are also available.

Watch the Whitey McConnaughy-directed clip for “Arrows” and check out the artwork and tracklist below. 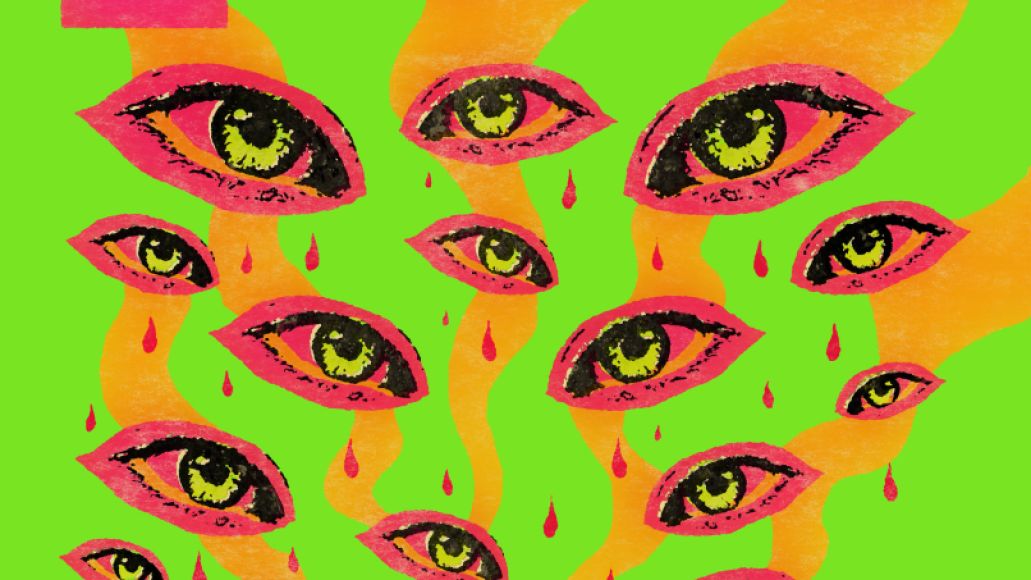