Japanese-British pop star Rina Sawayama is one of the first people to return to the office for her new Tiny Desk (Home) Concert for NPR.

The former Artist of the Month delivered a three-song performance from an office boardroom overlooking the iconic London Eye. Disregarding the “Tiny” part of the Tiny Desk series, she sang from behind a “big, powerful office table” like the pop CEO she is. Accompanying here was her full band, including a four-piece string section.

She delivered a trio of tracks from her stellar debut full-length, SAWAYAMA, including the hits “XS” and “Dynasty”. She also sang the Elton John-featuring version of her track “Chosen Family”, with her own keyboardist filling in for the Rocket Man’s piano part.

Sawayama recently received a nomination for BRITs Rising Star at the 2021 BRIT Awards — something she wasn’t even eligible for at the start of the year. After fighting back against the BRITs and Mercury Prize’s nationality requirements, she was instrumental in getting those eligibility rules changed. We’ll see if that helped her find her way onto the Mercury Prize shortlist when that’s announced on July 22nd. 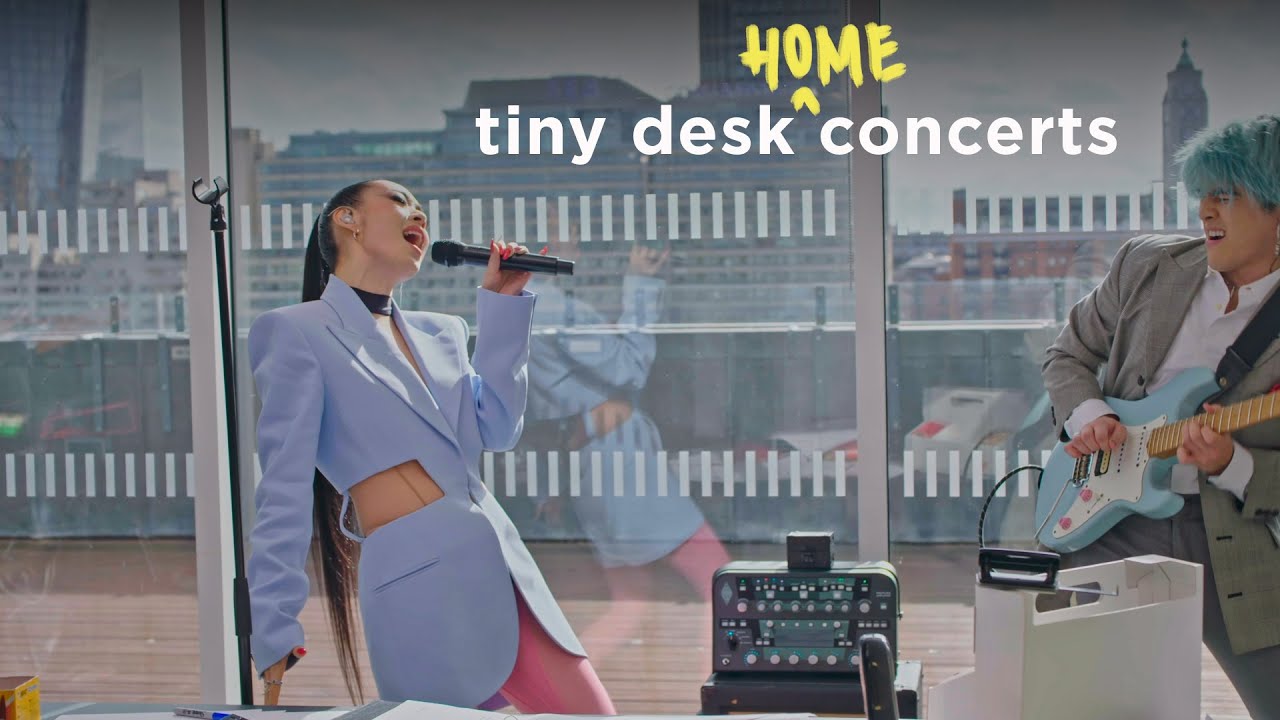