When Roky Erickson suddenly passed away in 2019, the news came as a shock to the music community worldwide. Now, archival label Light in the Attic has wrangled together some of the biggest names in the business to commemorate the psych rocker with May The Circle Remain Unbroken: A Tribute to Roky Erickson, a new tribute album due out July 17th.

Erickson first found success in the ’60s rock scene of Austin, Texas as a member of The 13th Floor Elevators and then later as a solo artist in the decades that followed. To honor his deep influence in the psych-rock world and beyond, Light in the Attic has gained the full support of the Roky Erickson Estate and teamed up with producer Bill Bentley (Where the Pyramid Meets the Eye), associate producers Matt Sullivan and Wyatt Bentley, and Grammy-nominated engineer John Baldwin to bring each of these cover songs to life.

May The Circle Remain Unbroken will come with a 16-page booklet featuring rare photos, liner notes by Bentley, and gorgeous cover artwork by Darryl Norsen. However, arguably the most exciting part of the tribute album is a bonus track. Tucked away on a Record Store Day-only flexi disc will be “Love Hieroglyphics”, a previously unreleased track by Erickson (!) that he performed during the early ’70s but has never seen the light of day before now.

The special Record Store Day vinyl pressing that comes in “clear with purple hi-melt” color will be available at participating record stores on July 17th. A CD edition of May The Circle Remain Unbroken will be available later this year. Check out the complete artwork and tracklist for it below.

May The Circle Remain Unbroken: A Tribute to Roky Erickson Artwork: 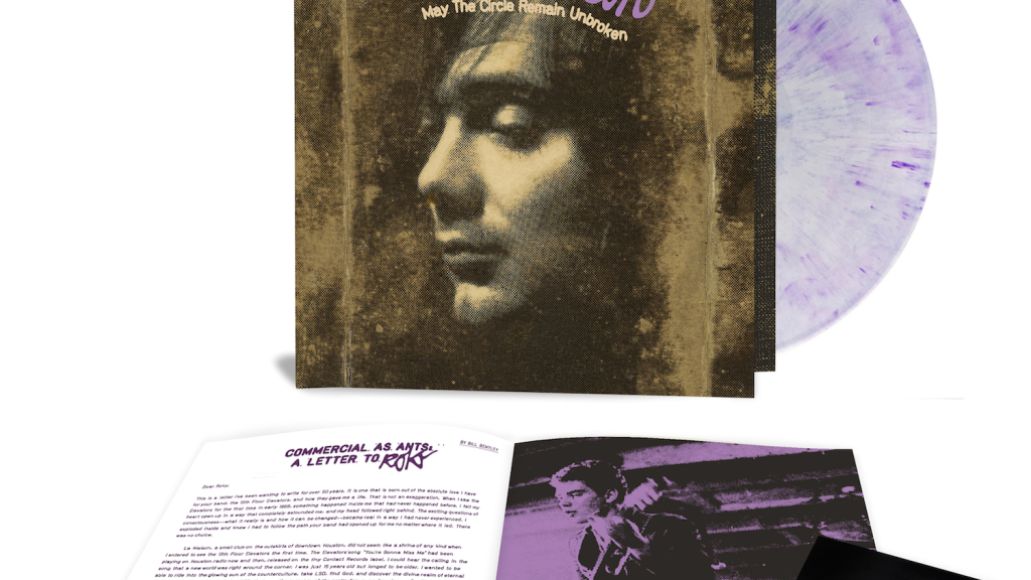