Bob Dylan turns the ripe young age of 80 on May 24th, and Uncut magazine is celebrating with a tribute album called Dylan Revisited. The collection is only available packaged with the June issue of Uncut, but as a preview, they’re sharing The Flaming Lips’ cover of Dylan’s “Lay Lady Lay”.

Dylan Revisited features 14 covers plus a previously unreleased acoustic version of Dylan’s own “Too Late”. Alongside The Flaming Lips, other contributors include Thurston Moore (“Buckets of Rain”), Jason Lytle (“Most of the Time”), Weyes Blood (“Sad Eyed Lady of the Lowlands”), Courtney Marie Andrews (“To Ramona”), Low (“Knockin’ on Heaven’s Door”), and Drive-By Truckers’ Patterson Hood and Jay Gonzalez (“Blind Willie McTell”).

The Flaming Lips turn “Lay Lady Lay” into a psychedelic dream that sounds like a true Lips original. Speaking with Uncut about why they chose the Nashville Skyline track for their contribution, The Flaming Lips’ Wayne Coyne said,

“I think every songwriter loves this type of ‘romantic’ Bob Dylan song — he really can be very charming. That line, ‘Whatever colours you have in your mind/ I show them to you and you see them shine…’ It’s the type of wordplay, though it seems kind of like jumbled surrealism, that actually gets to an unspeakable awkward truth.”

Take a listen to the track below. To hear the rest of Dylan Revisited, pick up the June 2021 edition of Uncut at your local store or online now. 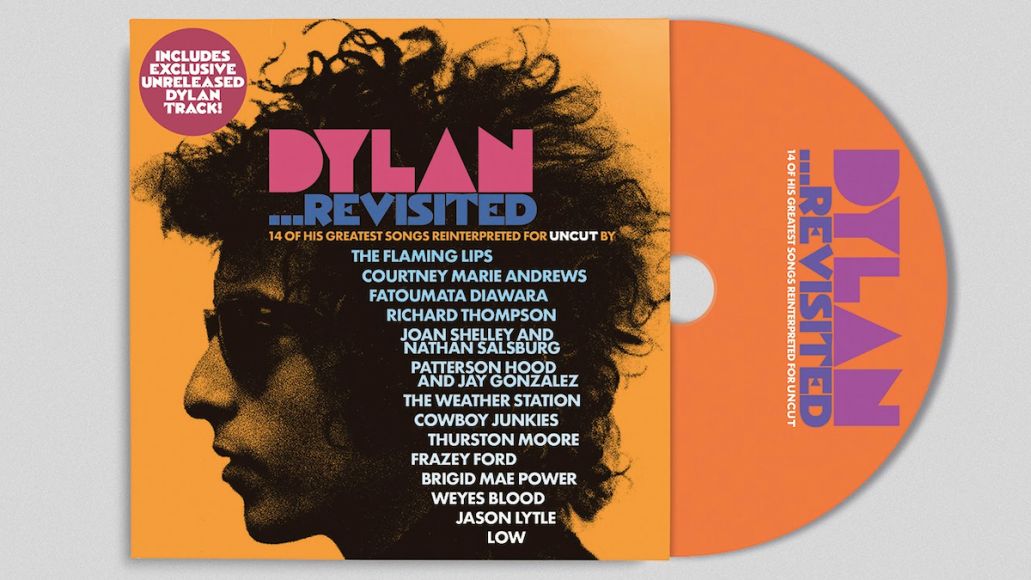