The Pitch: In the fall of 1993, investigative journalist David Holthouse heard the tallest of tall tales while working on a weed farm in Mendocino County, one of three Northern California counties known colloquially as the “Emerald Triangle”. According to legend (and the panicked cries of a witness), three Mexican field hands were killed — nay, ripped apart — by none other than the infamous Sasquatch. Is the story true? Or does it mask an even more insidious subculture of crime, inter-communal squabbles, and the lawlessness that comes when you live on the fringes of society?

Cryptic Cryptids: One can be forgiven for thinking Joshua Rofé’s follow-up to his 2019 docuseries Lorena will do what it says on the tin: investigate, History Channel-style, the purported presence of a Sasquatch among the redwood trees of Northern California. But while the three-episode series teases a hunt for the legendary cryptid, Rofé and Holthouse (who serves as our guide and protagonist) peel back the layers of this legendary murder story to offer a haunting glimpse into the backwoods of California.

To tease out the mystery, Sasquatch spends a good portion of real estate in its opening hour exploring the possibility that, yes, a Bigfoot murdered three guys in the backwoods of California’s weed trade. Sasquatch experts are brought in, credulous locals recount their belief in the creature with measured certitude, and fuzzy hand-drawn animation recounts these stories with all the urgency of a hastily scrawled death note. These portions of the doc are cute enough — Rofé treats them as quirky flavor, for the most part, luring us in with the over-the-top glimpses of giant foot impressions and blurry photos before moving on to the real mysteries of the piece.

Wild, Wooly Country: But as Holthouse (with his dry, genial presence and long, Danzigian mane) starts digging further and further into the real potential reasons for these men’s murder, Sasquatch takes the shape of fellow Duplass-produced docuseries Wild Wild Country, with its anthropological look at life among isolated subcultures who’d rather live outside society. Rather than an investigation into the unknowns of nature, Rofé delves into the history of the Emerald Triangle — the white men who flooded the place during the Gold Rush, its subsequent appeal to white back-of-the-landers hoping for a new start, and the dehumanizing raids in the ’90s that led even the most peaceful hippies to start packing heat just to maintain their property. Along with that, of course, come the inevitable provinces of capitalism and white supremacy, leading to a backwoods, lawless realm where men see fit to solve their own problems with blood. 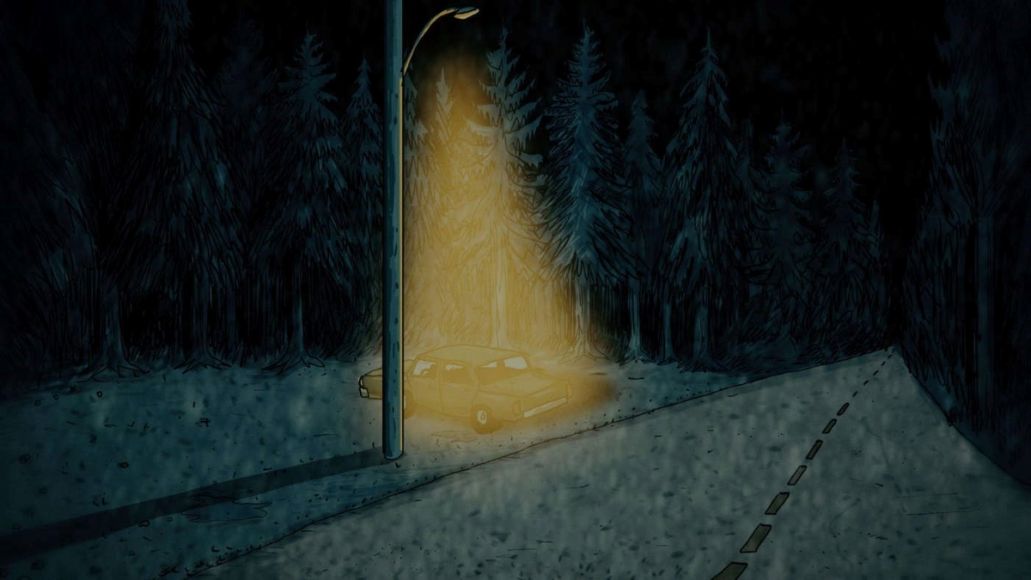 Puff Piece: And yet, surprisingly, Sasquatch manages to square its two disparate approaches with just enough shaggy connective tissue to make its twists and turns work. The push and pull of light (the smirking Sasquatch stuff) and dark (the grim, obscured accounts of dead immigrants and publicly known tales of alleged murder) is fascinating stuff, even as Rofé occasionally drops one for long stretches in favor of the other. But in the series’ second and third hours, as Holthouse goes on his own monster hunt for [[ALLEGED KILLER]] — the audio scrambles out his name with a menacing squeak — we feel like we’re peering into the darkness along with him.

Much of the series’ appeal lies in Holthouse, a man used to these kinds of obsessive chases (as brief reflections on his journalistic career and history as a sexual assault survivor allude). With his shaggy hair and offbeat demeanor, he flits easily between the Bigfoot kooks and the wary recluses of Spy Rock — at one point, he boasts that he’s the kind of guy who criminals can feel comfortable with. Even as he starts digging a little too deep and receives vague threats to turn away, Rofé uses those moments to heighten the tension of whether he might push the wrong button with the wrong gun-toting pot farmer.

The Verdict: As lean as Sasquatch can be in its three-episode run time, there’s something intriguing about the way Rofé’s series pivots from one angle to the other, using the mythic weight of monsters to zero in on the monstrosity of man. The choice to premiere the series on 4/20 certainly makes sense, given the leafy canvas on which Sasquatch‘s story becomes painted with blood. But don’t confuse it for a breezy, goofy watch — even as its twists and turns give you a compellingly elusive look at the many players, man or beast, involved in this gory human drama.

Where’s It Streaming? Sasquatch smokes a fatty and trundles through the woods on Hulu beginning April 20th.

Sasquatch Finds Scarier Things in the Woods Than Bigfoot: Review