The Pitch: Several years have passed since we’ve checked in with the stalwart, fierce queens of the House of Evangelista; it’s 1994, and the drag scene — and their lives — have changed in numerous ways. Gone is the underground feel of the ballroom, replaced by younger generations who look for cash prizes before a feeling of community, and HIV/AIDS continues to rip through New York City’s queer population like a plague. Blanca (Mj Rodriguez) juggles house motherhood with a new career as a nurse’s aide and a stable relationship with a handsome doctor (Hollywood‘s Jeremy Pope). Pray Tell (Billy Porter), meanwhile, drowns the sorrows of a thousand dead friends (and his own deteriorating health) in alcohol. Struggling model Angel (Indya Moore) is tempted with drugs while optimistic manager/boyfriend Papi (Angel Bismark Curiel) tries to land her gigs and keep their relationship together. They, along with the rest of the house, continue their struggles to survive and chase their dreams amid the specter of a deadly disease, the OJ murders, and their own personal traumas. But no matter how far they’ve grown apart, they’ll still weather the highs and lows as a chosen family.

Lives Cut Off Too Short: Pose‘s time on the runway was far too short: after two critically acclaimed seasons (winning an Emmy for Porter and a Peabody), Ryan Murphy, Brad Falchuk, and Steven Canals‘ intimate, but groundbreaking series comes to an abrupt end. Whether it’s due to creative constraints, the ongoing pressures of television production, or the COVID-19 pandemic making this third season particularly difficult to film, few can say. But the seven episodes (though given its final two episodes run anywhere from a full hour to an hour and a half, let’s call it eight) of its third season offer up the best possible ending for a show about characters who have to hustle to survive.

Granted, Canals and co. treat many of their characters with greater fortune in this final season; most of the characters are in stable relationships, have steady jobs, and even their AIDS diagnoses proceed at the speed of plot. Where the first season was about huddling into a cramped apartment to eat home-cooked one-pot wonders and make the most of their poverty, in season three towering fashionista Elektra (Dominique Jackson) builds herself a mighty phone-sex empire (with the help of some “connected” friends) and passes some surprising blessings down to her children. Pose has always felt, in ways, like wish fulfillment for its target audience of queer people of color: amid the violence and tragedy of their own lives, the show is committed to showing joy, warmth, and the connectivity of a tight-knit community and the family that springs around it.

This time around, though, the ball takes a backseat to the characters’ interpersonal lives. Sure, we get a few intriguing walks throughout the season, including a stunning flashback to the House of Abundance’s Disney princess-themed debut and a killer double-act lip sync between Blanca and Pray as dueling Diana Rosses to “Ain’t No Mountain High Enough”. But whether by design or pandemic protocols making ball scenes difficult this season, we don’t get much of the scene after the first couple of episodes. (Implicit casualties to this new normal include a rivalry with the haughty House of Khan, which quickly disappears after their defeat, and Ryan Jamaal Swain’s character, Damon, who moves out of the city off-screen between episodes.)

Still, this new focus on the characters lets the final season zero in on deeper, more specific stories about the way our characters’ lives are changing as they move into the ’90s and into adulthood. Elektra reflects on her impoverished upbringing and her intolerant mother and the sense of affirmation she gets from the ball community. (Jackson also dominates every scene she’s in with Elektra’s patented brand of sizzling reads: “You will be buying me a hot apple pie at the McDonald’s drive-thru when we are finished.”) Blanca gets less to struggle with personally — she’s always been the steady, consistent core performing stability for her children — but through her, we get more of an eye into the growing activism around the AIDS crisis and the indifference the straight world felt towards it. 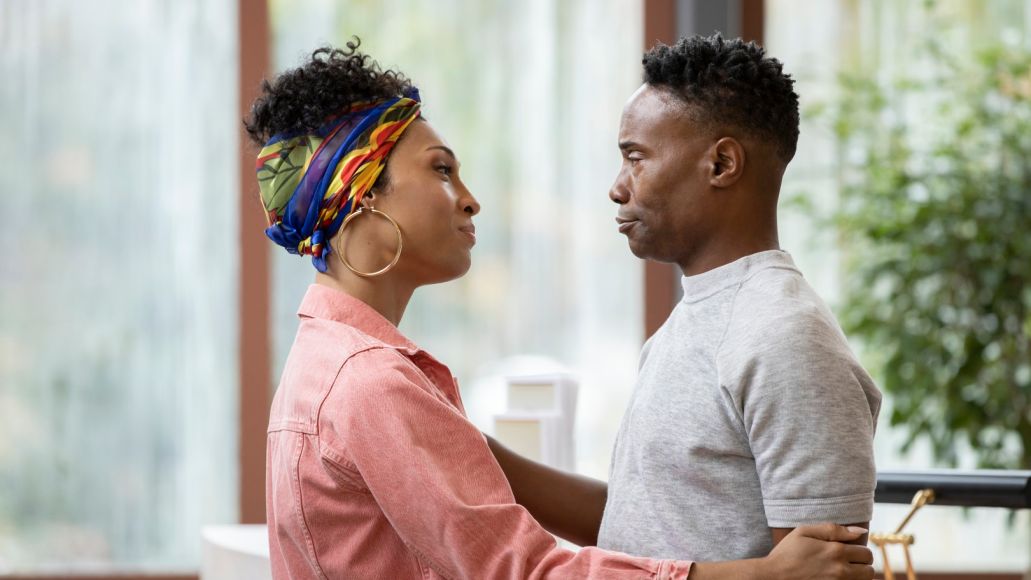 Killing Me Softly: But as with all things Pose, the show stops with Thee Billy Porter, he of the flawless voice and the powerful, piercing eyes; much as the show has centered around the trans talent both in front of and behind the camera, it’s Pray Tell’s mixture of theatricality, passion, and resolve that centers the show’s best moments. Where the rest of the characters begin to find their footing in the world, Pray finds his own grip slipping. Between his community dying of AIDS and the specter of his own mortality given the progression of his own diagnosis, Pray grows even colder and more bitter towards the world.

When the house gathers in Episode 1 for a “watch party” for OJ’s slow-moving chase in the white Ford Bronco, he remarks on the Juice’s popularity and assimilation into the dominant culture: “When white folks love you, you become raceless.” A mid-season episode centering on Pray’s journey home to reconcile with his estranged family and get some closure as his health deteriorates is one of the series’ best, a searing indictment on the homophobia of Black families and churches and the tragedy of having to hide who you are. It’s also a brilliant showcase for Pray’s withering, vulnerable performance and golden voice (his church-time rendition of Whitney Houston’s “This Day” must be heard to be believed).

All throughout these moments, the pain and joy, the honesty and the fantasy, Pose positions itself as a radical re-telling of queer history through the lens of people whose stories don’t often get to be told. Queer acceptability in mainstream media has always been white-first and male-first; Pose provides a much-needed corrective, giving Black and Brown people the chance to tell the kinds of stories white cis queers have had decades to establish. Trans and non-binary actors like Rodriguez, Jackson, and Moore get to play their authentic selves, while trans writers and directors like Janet Mock, Our Lady J, and Tina Mabry anchor their stories in a kind of authenticity that comes when you let queer people write their own history. Yes, celebrate that the show gives these creators long-overdue visibility. But also recognize that the stories work as heartfelt drama, the reads are funnier than any studio comedy you’ve watched this year, and the messages are as vital now as they were in the decades in which they’re set. 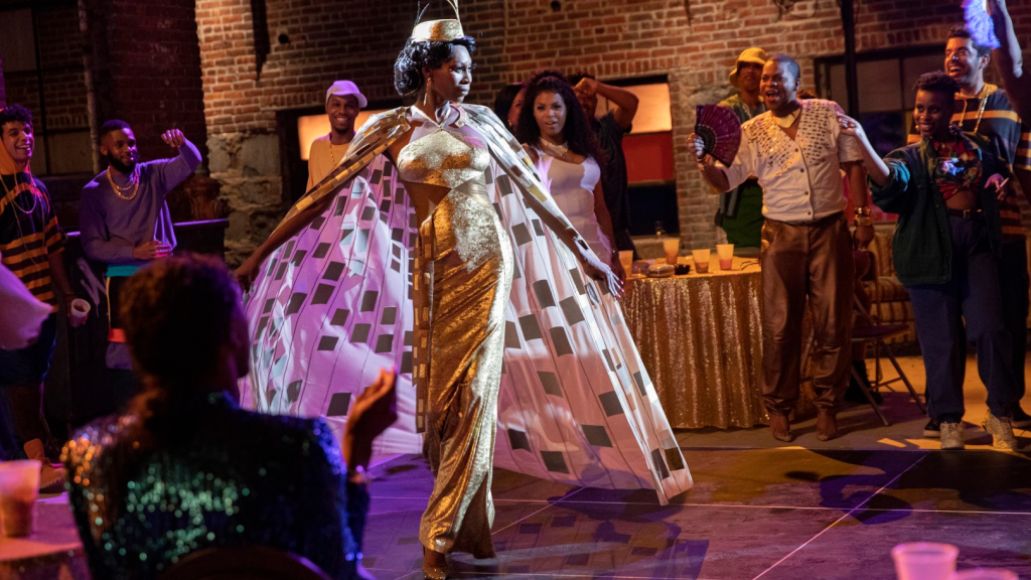 The Verdict: Even within the rushed constraints of its seven episodes, Pose‘s third season is everything its prior two seasons got to be: a giddy, honest, celebratory affirmation of the validity and beauty of queer and trans people of color. Even amid its schmaltzy Murphy-esque melodrama and unbelievable leaps of logic, Pose succeeds mightily. In fact, those flights of fancy might just be the secret to the show’s success — it’s a show both honest about the tragedies that have faced (and continue to face) the queer community and a warm, inviting escape to a place where, at least for most of us, we can be affirmed, loved, and supported by our community. And recognizing the impact these characters have had in the short time they’ve been on screen, Pose‘s final season sends them off with a bang.

Late in the series, Pray tells Blanca, “My impact has been felt.” As short-lived as it was, Pose‘s impact has been felt on the queer community and the television landscape as a whole — a model for stories centering trans people of color, proof positive that you can tell their stories without drowning them in death, horror, and misery. Even when we lose one of our own, they’re remembered in a locket, a story, a patch on a quilt. We may mourn the loss of Pose, but hopefully, they’re just the first of many shows like it.

Where’s It Playing? Pose struts across the runway with charisma, uniqueness, nerve, and talent for its final season on FX starting May 2nd and runs weekly after that.