The Pitch: Allie Fox (Justin Paul Theroux)– an ambitious yet incredibly flawed man — goes on the run with his family as government agents zero in on their location. Along the way, they find that peril comes in many forms and the consequences may outweigh even the loftiest ambitions. This seven-part series, adapted from Paul Theroux’s 1981 novel of the same name, highlights man’s flaws as well as the unrelenting power of the environment.

The Unseen Friend and Foe: While the series may be about civilization’s own imperfections, it’s hard to miss the presence of Mother Nature. Throughout each episode, viewers are transported to stunning landscapes that act as much as characters as the actual leads. Nowhere is this principle more on display than the series’ third episode; cinematographer Guillermo Garza delivers stunning desert perspectives — playing into the vastness of the journey as well as nature’s destructive splendor.

Striking vistas are just one part of the natural “charms” that surround this treacherous world. Close-ups of symbolic creatures point towards the meaning of a moment, even signaling where the audience should be focusing their attention as a storyline unfolds. It’s a simple technique that connects on every level and one that Coast relies on for defining moments. As much as it leans on the presence of nature, there are definitive uses that go well beyond comfortable connotations. The presence of brutality and a growing sense of cruelty from one particular character is disturbing, but not completely unexpected from their progression.

Trapped Between Two Worlds: Coast doesn’t mince words about its feelings or motivations. It’s a quest to illuminate current ills, as well as ones that seem to never quite go away. Allie’s views on consumerism act as a prism through which viewers enter the world. Whether expounding in a garbage dump or a bleakly lit station, his monologues on the evils of Its presence are as fascinating as they are haunting. The series may use Allie as a voice, but the real prospects of what’s happening are found in immigrants fearing deportation or homelessness — all hidden away from what some would choose to see in their “luxurious” cities. Those key moments illuminate as they speak directly to the issues prevalent today. While far from the only property to do so right now, these realistic and haunting depictions deserve added consideration.

Lost in Adaptation: This is far from a direct adaptation of the ‘81 novel. Instead, it uses basics such as character outlines and builds off some of the original story’s templates. Some may see this as an issue, especially with the Peter Weir-directed feature adaptation staying closer to the original text. Does it prove to be a problem? That all depends on how someone sees the final product. It will be a flawed failure for stringent purists and an ambitious attempt for those going off mere generalizations.

Familiar Faces: The most noticeable connection comes in series lead Justin Theroux, the writer’s nephew. Theroux delivers a strong performance that finds a careful balance. Instead of reaching for something that could have become overdrawn in minutes, he chooses a more subtle, but equally impactful tone. That pacing and dedication to keeping the role grounded pays off as the series progresses. The last shot of Coast proves ultimately haunting as Theroux reaches into every emotional depth to provide an agonizing farewell. The actor is equally matched by Melissa George. In the role of Margot, she keeps plowing through to excavate new layers of what the character really is and what she seems to be in the eyes of everyone else.

Among the new additions to the story, Kimberly Elise shines as a methodical government agent hellbent on bringing the Foxes to justice. The actress is a standout and far too underutilized in her time with the series. Scotty Tovar also deserves a nod for his portrayal of Chuy Padilla. What could have become an underserved character begins to grow with his careful attention to detail. He avoids the usual pitfalls, instead showing emotional equilibrium during pivotal moments. 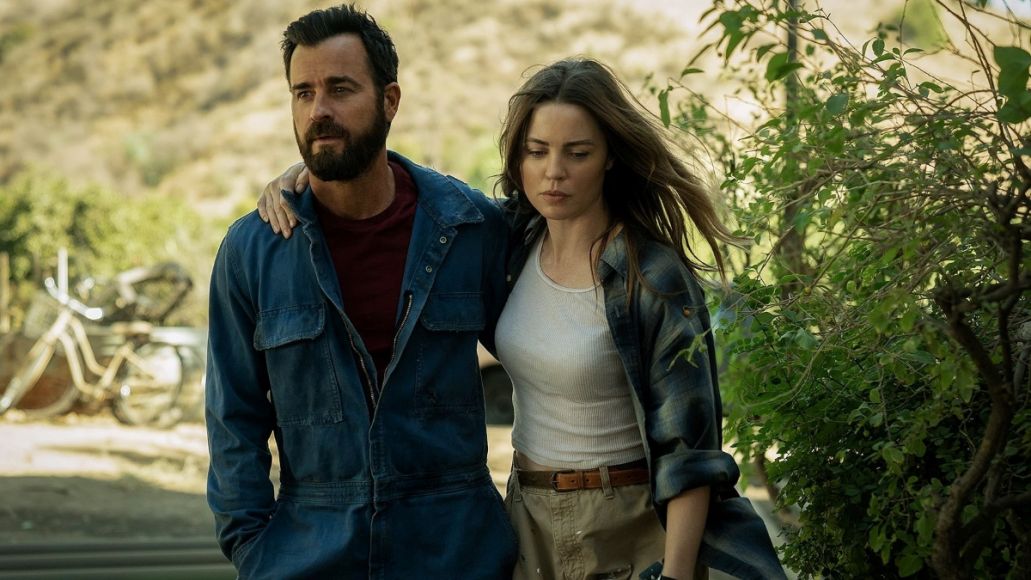 Leave the Past Behind: Time itself can be a difficult issue for filmmakers to address as they present a fantastic set of events. For Coast, the feeling is more like a play against old versus new. A cell phone is thrown by the side of the road, its cracked case salvaged by a lead character for its valuable sim chip. Somehow, it remains one of the last outlets towards a current society as many of the series’ biggest developments and expository moments occur over a payphone. In a series that highlights the remnants of technology’s ever-moving run towards the next big thing, the emphasis on simplistic tech is intriguing. This may also be the first project in some time — even those set among relevant decades — to find its narrative developments through the bygone object.

End Horizon: The lingering questions of the series make another season an intriguing possibility. As of the first season release, there has been no word on future events featuring the fugitive family, but it’s hard not to envision more. The imagination wanders as to what might happen next, especially when it comes to the already cracking facades of each family member.

The Verdict: The Mosquito Coast is a slow burn that requires patience, but ultimately rewards the audience. It’s a journey of madness, anger, frustration, societal ills, and the constraints of familial bonds set among exquisite cinematography. Some of the mystique comes from series leads Justin Theroux and Melissa George; the actor delivers a grounded, but powerful, performance alongside the equally well cast George.

Where’s It Streaming? Go on the run with Allie Fox and family starting April 30th on Apple TV+.