Atlanta rappers Young Thug and Gunna did a good deed on Friday by reuniting 30 men and women being held in Fulton County Jail on minor offenses with their families. According to WSB-TV, Thug and his mentee posted bond for the inmates, who were imprisoned because they didn’t have the money.

“This is where we’re from,” Thug (born Jeffrey Williams) told WSB-TV. “We just woke up and went to the jail with the lawyer and you know, DAs and the prosecutors, you know, the bonding companies and just got as many people as we can out. About 20 or 30 people.”

Gunna (born Sergio Kitchens) added, “You never know what somebody been through. There was people sitting out three or four years and couldn’t get out on a bond.”

Thug continued by pointing out the high bonds often set for minor offenders. He said, “If they did the crime, then they can do the time, then it’s all right. But it’s like you’re giving them a bond higher than what they stole.”

Setting cash bail for low-level offenses has been a point of contention for criminal justice advocates because the practice places an unfair burden on low-income defendants. In March 2018, Philadelphia District Attorney Larry Krasner announced the end of cash bail requirements for 25 non-violent offenses.

As reported by WSB-TV in late February, Fulton County Jail has been in particularly dire conditions during the pandemic. At the time, there were 2,900 inmates in the jail, putting it at 400 people over capacity. It was so crowded that inmates were sleeping in public areas.

On top of being freed from prison, the former inmates will be featured in an upcoming music video. Thug and Gunna told WSB-TV they plan on repeating the good deed in the future and hope they will inspire other artists to follow their lead.

Update – April 28th: Young Thug and Gunna have shared a video for “Paid the Fine” featuring some of the freed former inmates.

On April 16th, Thug released Slime Language 2, the second compilation album from his own Young Stoner Life Records. As one of the label’s most prominent signees, Gunna was prominently featured throughout the project. 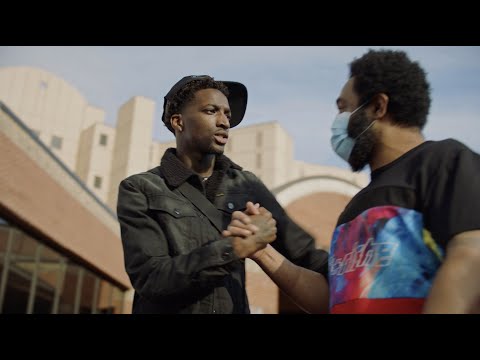